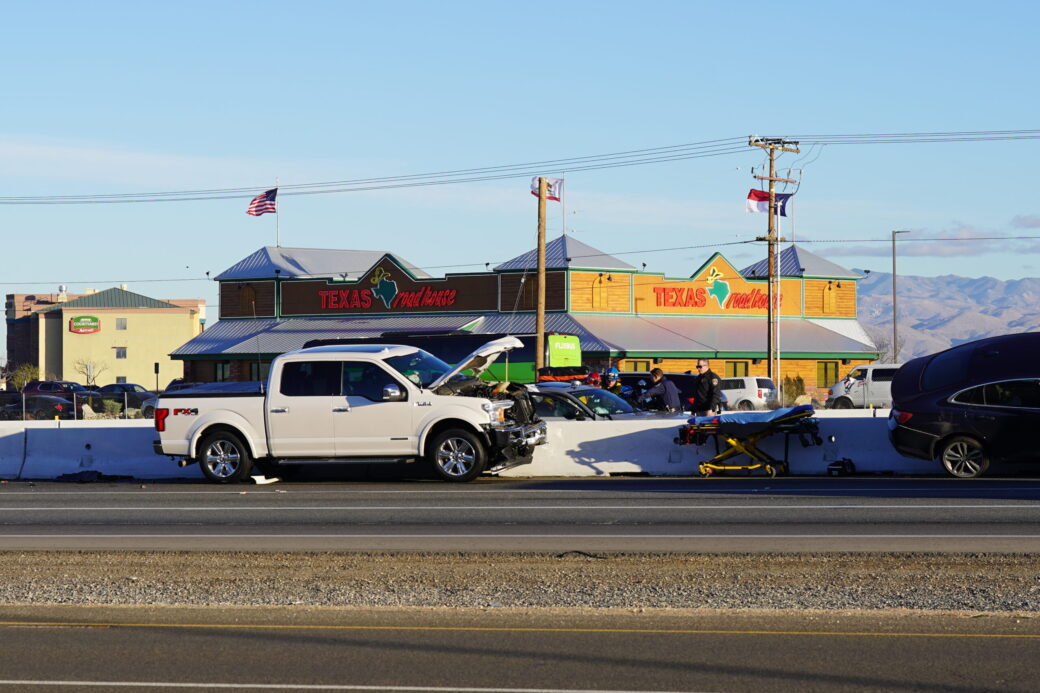 The second crash occurred on the southbound Interstate 15 Freeway, just south of Main Street, on December 30, 2022, at approximately 3:03 p.m., according to the California Highway Patrol logs.

San Bernardino County Fire arrived on the scene and located a light-colored sedan that completely went over the concrete barriers, also called a K-rail, into the construction zone, and a second black sedan that went partially over the center divider, with two of its wheels on top of the K-rail, and a third vehicle, a Toyota Tundra, was in the center divider with front-end damage.

Per scanner traffic, two people were listed in critical condition and transported by ground ambulance to an unknown hospital.

This was the second reported multi-vehicle crash on the 15 Freeway Friday afternoon in Hesperia, with the first crash occurring in the bypass lane near Ranchero Road, according to a previous VVNG article.

An earlier issued advisory warned that travel could be difficult, especially for high-profile vehicles, since rain and fog, in addition to the wind, will create a hazard for New Year’s Eve travel, however, that advisory is for Saturday.

No further information was immediately available. The California Highway Patrol, Victorville Station is investigating the cause of the collision.

Related Topics:15 freewayHesperia
Up Next

Alleged pursuit ends in crash near Costco in Victorville