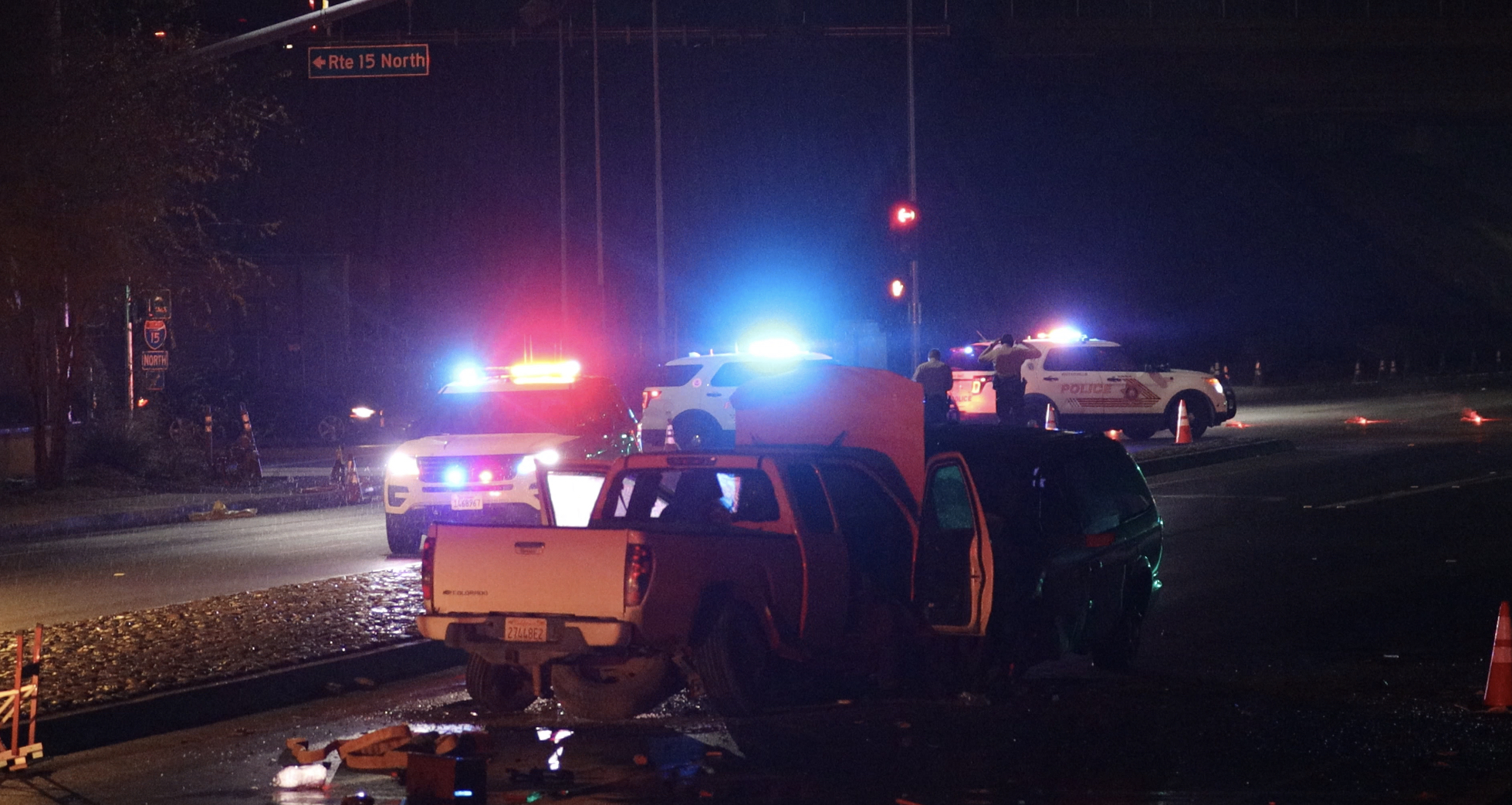 VICTORVILLE, Calif. (VVNG.com) Authorities confirmed that a second driver involved in a crash on Tuesday night in Victorville has died.

David Ponciano Lopez, 28-year old Victorville resident who was driving the minivan, was declared deceased at a the scene.

Police confirmed that the driver of the white truck, a 62-year old male resident of Phelan also died at the scene, his Identification Is being withheld pending next of kin notification.

On Tuesday, December 3, 2019, Deputies from the Victorville Police Department responded to a report of a two-vehicle traffic collision near the intersection of D Street and the Interstate 15 North off ramp, officials said.

Upon arrival, deputies located a head-on collision involving a silver Dodge minivan and a white Chevrolet pickup truck, in the westbound lanes of D Street.

“Through investigation and witness statements, it was determined the driver of the minivan (driver #1) was traveling east on D Street and for unknown reasons crossed over the raised concrete center median into oncoming traffic, colliding head-on with the pickup truck,” Victorville Police said in press release.

The Victorville Fire Department and American Medical Response also responded to the scene and despite life saving measures, both drivers succumbed to their injuries at the scene.

There were no other occupants in either vehicle at the time of the collision.

D Street was closed between the Interstate 15 North Offramp and Pearl Arbor Terrace for several hours during the investigation and was re-opened at approximately 5:45 am.

The investigation into whether drugs, alcohol or speed were a factor in the collision is continuing.

Anyone with information about this investigation is asked to contact Deputy DeKeyrel or Deputy Rusk at the Victorville Police Department at (760) 241-2911 or Sheriff’s Dispatch at (760) 956-5001.