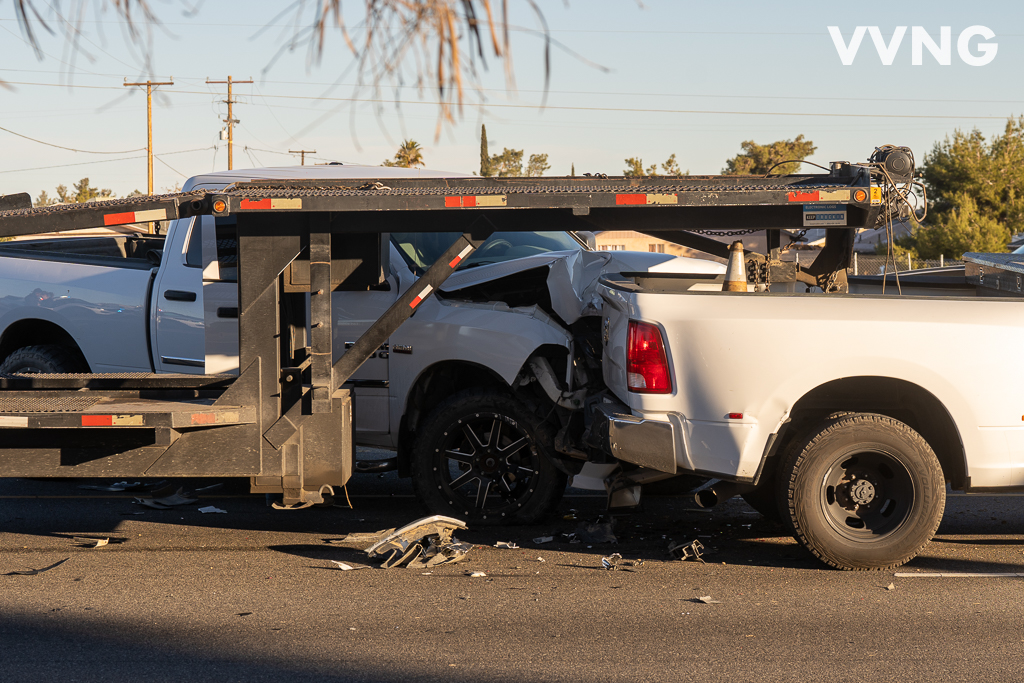 HESPERIA, CALIF. (VVNG.com) — Three vehicles and a trailer were involved in a crash just west of an ongoing pedestrian investigation Friday morning.

The crash involved a gray Nissan Altima, a white pickup truck, and a black flatbed trailer being hauled by a white Dodge Ram.

The Dodge Ram that was hauling the trailer sustained some minor damage.

All occupants involved in the collision declined medical treatment.

Drivers experienced additional traffic in the area as a result of this crash, and the prior crash involving a vehicle versus a pedestrian that happened about 30 minutes prior, according to a previously published VVNG article.

The cause of the crash is under investigation by the Hesperia Police Department.

Related Topics:accidentCrashhesperia crash
Up Next