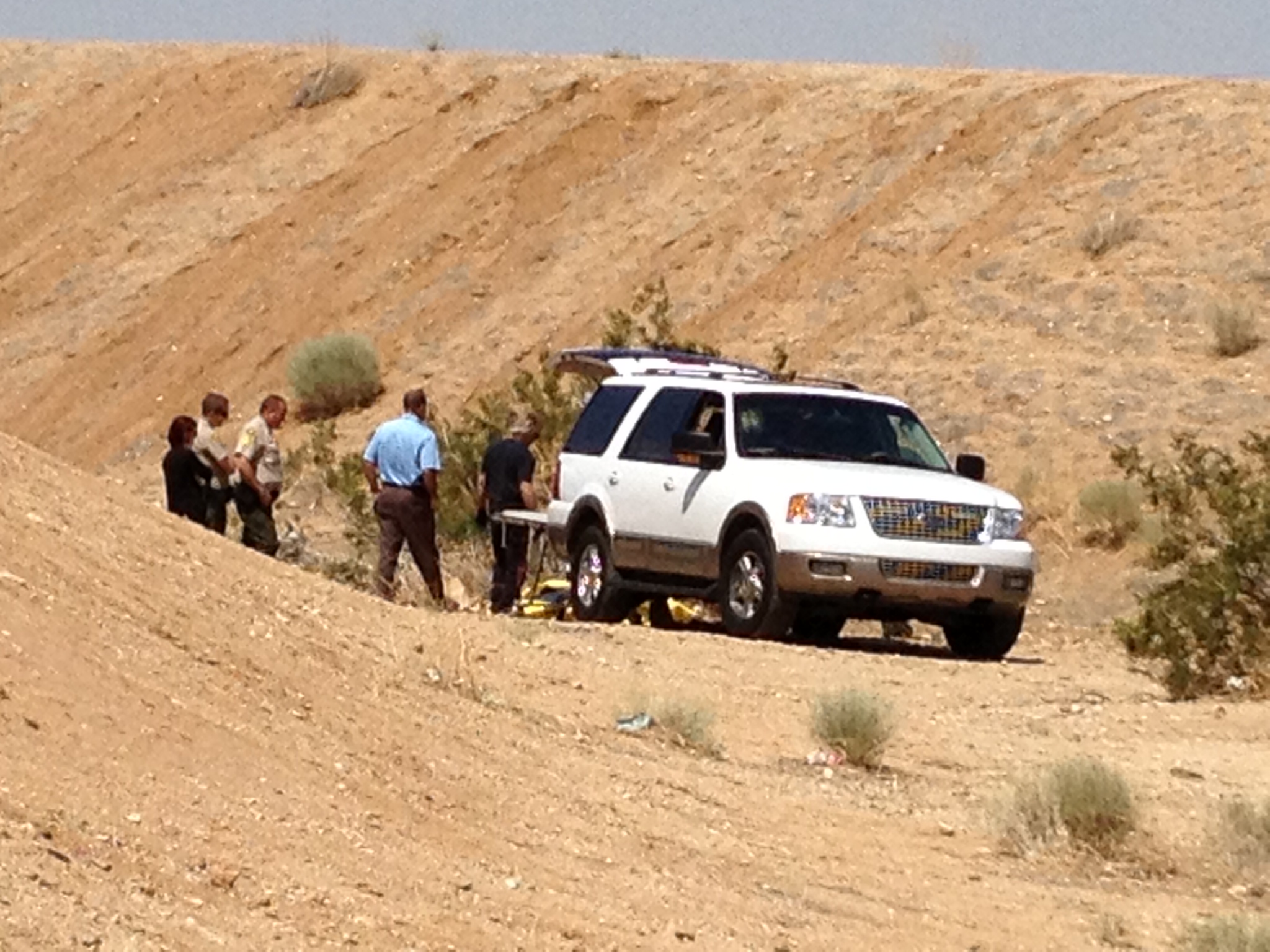 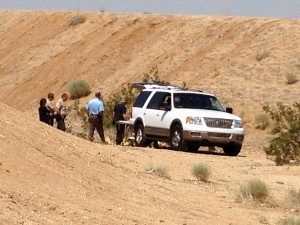 Victorville- an investigation is underway as officials investigate a discovery of another body found this afternoon.

Sheriffs were dispatched to a dirt field between 5th Avenue and 2nd Avenue on Bear Valley Road. This comes a day after a body was discovered behind a IHOP on La Paz Drive.

The body was apparently discovered by a man who tipped off deputies after locating the body in the local field, just across from the Food 4 Less and 24 hour fitness center.

According to the male witness on scene who made the discovery, the body was that of a male, possibly in his early 40’s. “Th back of his head looked bruised and purple,” stated the witness, “He may have been caucasion, but it’ hard to tell 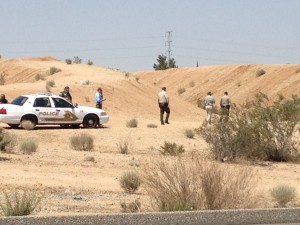 because his body is swollen and discolored.”

The male who made the report said he heard people in the area talking about a dead body in the field, but noone made a report. “I know he is probably someones dad, or son, and I want to make sure his family find him.” said the witness.

The scene currently remains under investigation.

If you have any information that may assist in this case, please call Sheriffs Dispatch at 760-245-4211