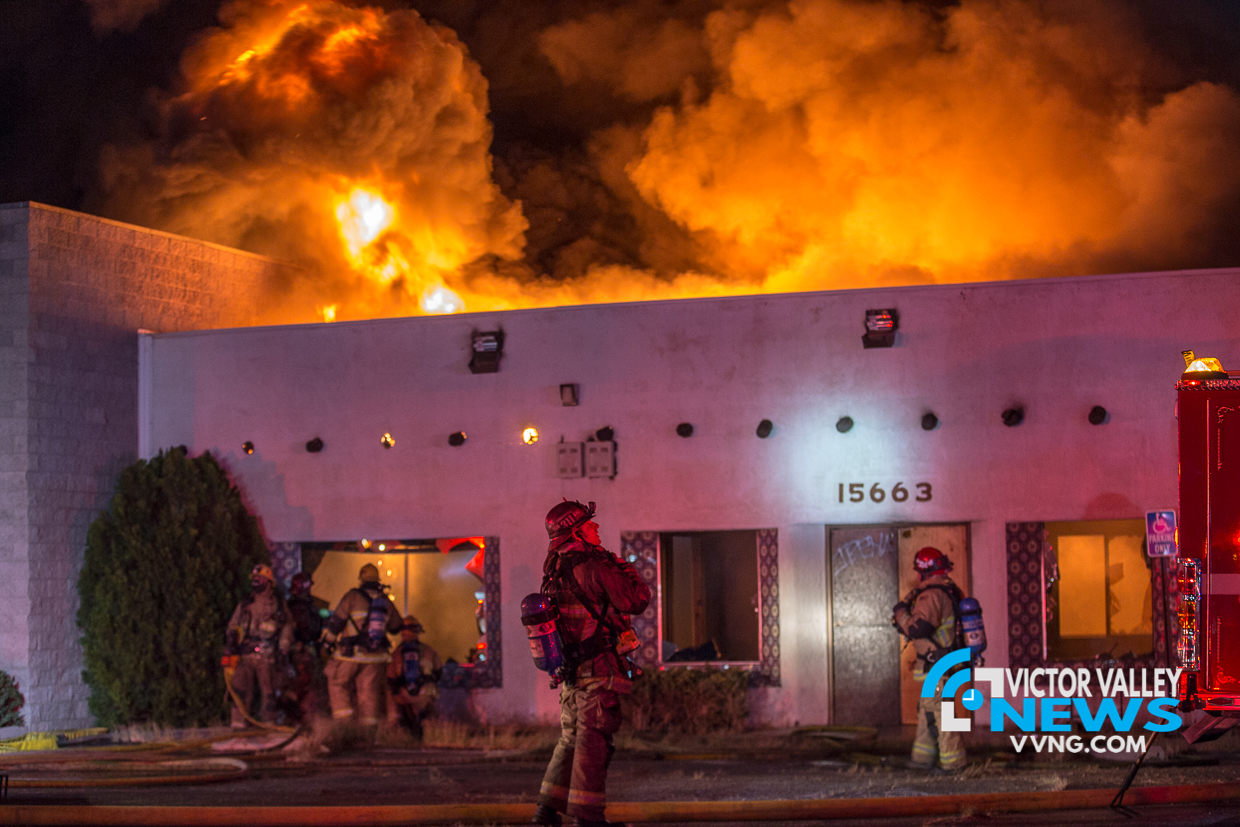 At about 8:00 p.m. dispatch received reports of a fire at an auto & glass part store in the 15600 block of Village Drive in Victorville.

“Initially, we dispatched a first-alarm commercial response. With that, it brought 2 trucks, 3 engine companies a Batallion Chief, as wells as a squad,” stated Captain Jeremy Kern with the San Bernardino County Fire Department.

“Truck crews immediately went to roof to open up holes to assist with any search & rescue of potential victims within the structure. As well as assist the interior crews with fire attack,” said Kern.

Due to the amount of smoke and fire, the incident commander made the decision to remove firefighters from the roof and the inside of the structure. “We transitioned to an offensive operation,” stated Kern.

It took firefighters approximately 1 hour to knock down the fire.

No injuries were reported by civilians or firefighters. The cause of the fire remains under investigation.