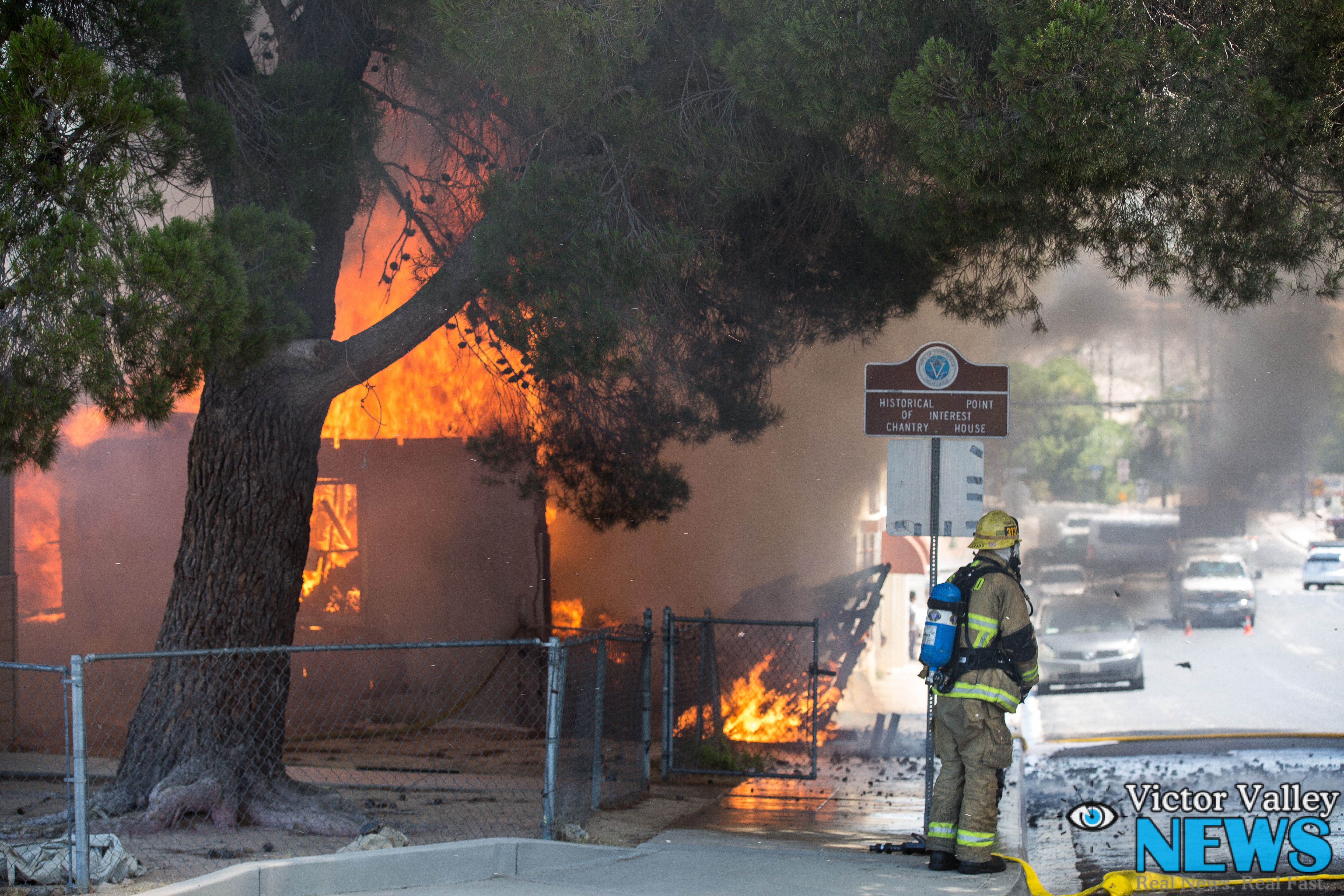 Shortly after 11:00 AM., on June 13th ‬Firefighters in the City of Victorville, were dispatched to a reported Commercial Structure Fire in the area of 6th Street and C Street in Historic “Old Town” Victorville.

Crews from Fire Station 311 arrived within 5 minutes to find heavy fire and smoke from a triplex apartment building. Crews immediately called for a 2nd Alarm, bringing additional resources to the fire.

Firefighters engaged in an aggressive attack, protecting multiple exposures from catching fire. Crews utilized large fire streams to knock down the fire, which was knocked down in approx. 30 minutes.

San Bernardino County Fire Crews are working with the building owner to determine a damage estimate. A fire Investigator was summoned to the scene to determine the fires cause and origin.

The 2-Alarm Fire brought 8 Medic Engines, 1 Truck Company, 2 Chief Officers and a Fire Investigator to the fire. One Medic Engine from Apple Valley Fire Dept assisted in the fire fight. Due to the quick action of the first responding companies, some of the second alarm resources were re-routed for station coverage in Victorville.