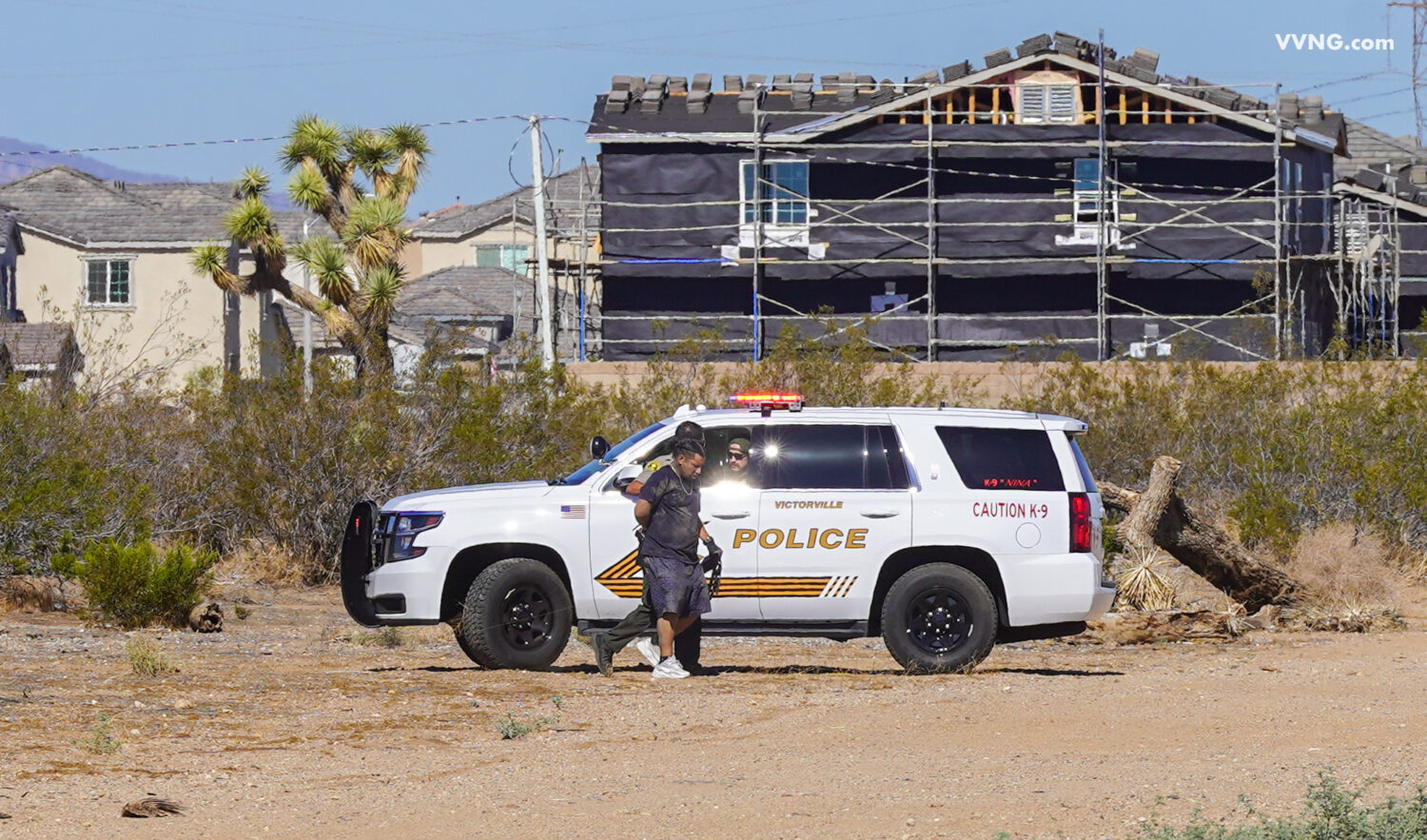 VICTORVILLE, Calif. (VVNG.com) — A previously convicted felon is back in jail after crashing into a semi and running from the scene of the accident Tuesday morning in Victorville.

It happened at about 9:06 am, on July 19, 2022, at the intersection of Topaz Avenue and Eucalyptus Street, in front of Sunset Ridge Park.

Sheriff’s spokeswoman Tricia Blake told VVNG that the driver of a white Lexus crashed his vehicle into a semi-truck and then fled the scene on foot.

Deputies pursued the suspect into an open desert where they deployed their taser, then detained and arrested the suspect.

Emergency personnel evaluated the suspect identified as 29-year-old Carlos Ascanio of Victorville. He was eventually transported to a local hospital to be checked out for non-life-threatening injuries.

The charge of VC 20002(B) Hit and Run while Causing Property Damage and PC148(A)(1) were considered cite and release.