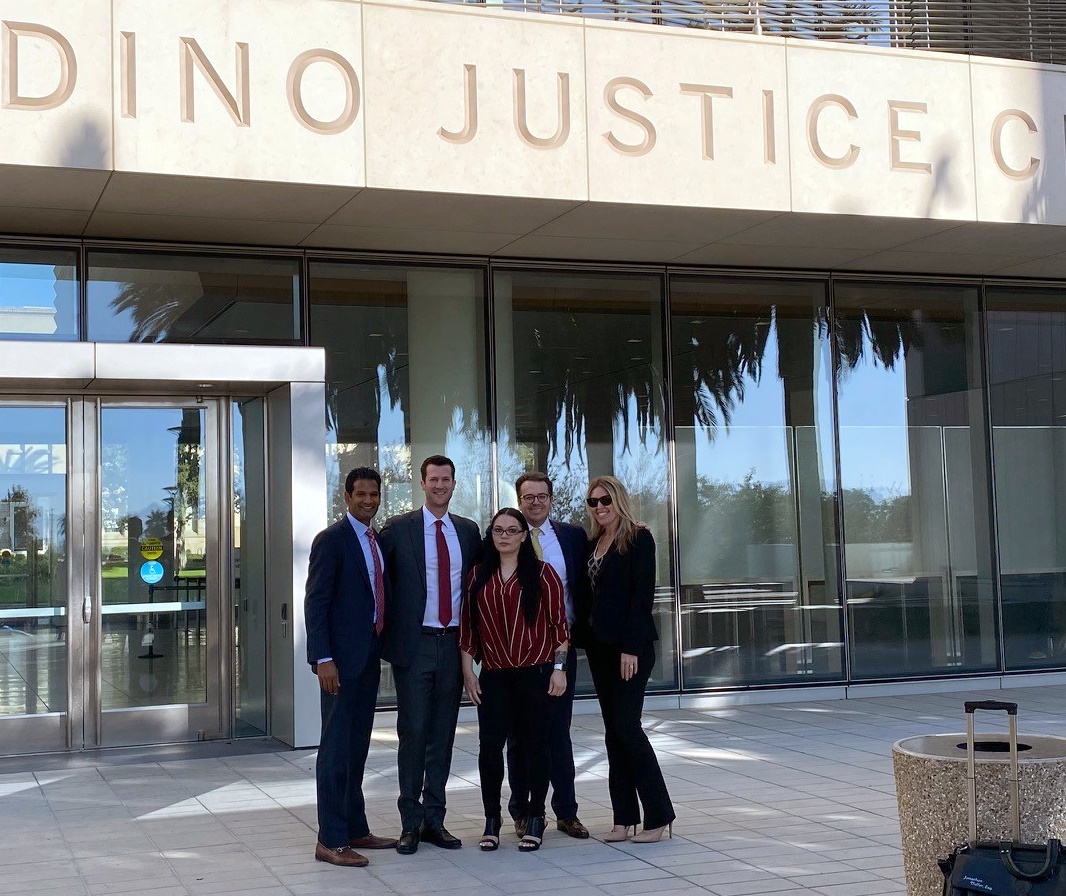 VICTORVILLE, Calif. ­– A landmark settlement of $28.5 million was awarded to a Victorville family whose special needs son, Fabian Sanchez, was catastrophically injured after being struck by a vehicle while under the care and supervision of Victor Elementary School District (VESD) personnel.

In addition to the monetary settlement and as a condition of the agreement with the family, VESD has implemented changes to its District Board Policies and Procedures for Individualized Education Programs and 504 plans, will obtain third party evaluations and recommendations in implementing those changes with results to be made publicly available for other school districts, and will create a web-based collection of resources for parents of students in special education.

“Schools often overlook the needs of children in special education and Fabian’s story is the tragic result of that pattern and practice,” Panish Shea & Boyle LLP partner Rahul Ravipudi said. “We will continue to advocate for all children with special needs and pursue legislation in Fabian’s name so that no other child or family suffers the same consequences when District personnel neglect their responsibilities to students entrusted in their care.”

Following dismissal from Puesta Del Sol Elementary School on February 3, 2017, Fabian was escorted to the edge of campus by District personnel who walked him across a street, and then left the 11-year-old special needs student to walk home alone – a direct violation of his “curb-to-curb transportation” Individualized Education Plan (IEP) established by the District. Tragically, but not unexpectedly, Fabian attempted to cross a four-lane road just a few blocks from his Victorville school unattended and was struck by a car traveling approximately 50 mph.

As a result of this life-altering event, Fabian suffered catastrophic injuries, including a severe traumatic brain injury, complex facial fractures, serious internal hemorrhaging, and several broken bones. He was transported to Loma Linda Medical Center where he remained in an induced coma and was hospitalized for months. Fabian’s cognitive function, speech, and motor control remain severely impaired as a result of his injuries and he will require 24/7 care, therapy, and medical attention for the remainder of his life.

In a bifurcated bench trial before the Honorable Wilfred J. Schneider Jr., the Court concluded VESD was negligent and found to be solely liable for Fabian’s injuries. Prior to the damages phase of trial, a mediation was held and the parties agreed to settle the matter for $28,500,000. The District made no offers to settle the case prior to trial.

“The school district offered our client $0 and rigorously fought liability throughout the last two years,”remarked Teller, Wilshire Law Firm’s senior trial attorney. “Our entire team welcomed the opportunity to not only protect our client, but protect students nationwide, and that is why we took on this fight and succeeded.”