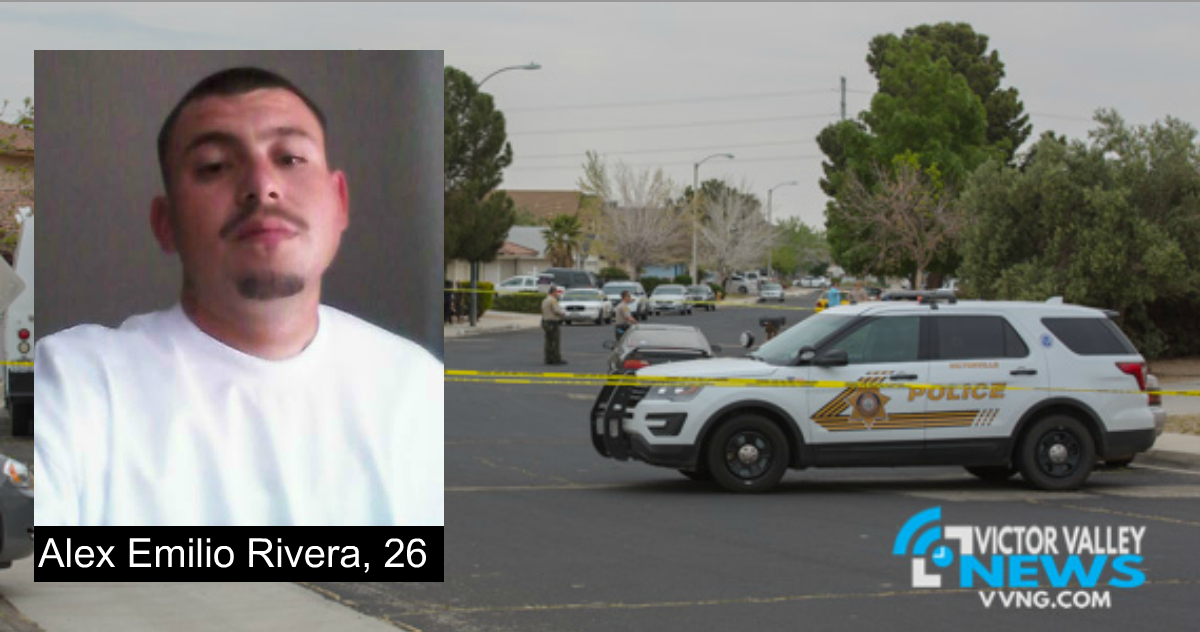 On April 11, 2017, deputies from the Victorville Police Department responded to the 12100 block of Pluto Drive for a man reported to have been shot.

Deputies arriving on scene found an adult male lying in front of a residence, suffering from gunshot wounds. The man was taken by ambulance to a local hospital and subsequently flown to Arrowhead Regional Medical Center for treatment.

Through investigation detectives identified Alex Rivera as the suspect in the attempted murder. Detectives and deputies from the Victorville Police Department located and arrested Rivera at 11:50 a.m. on April 12, 2017.

Rivera will be booked at High Desert Detention Center for attempted murder.