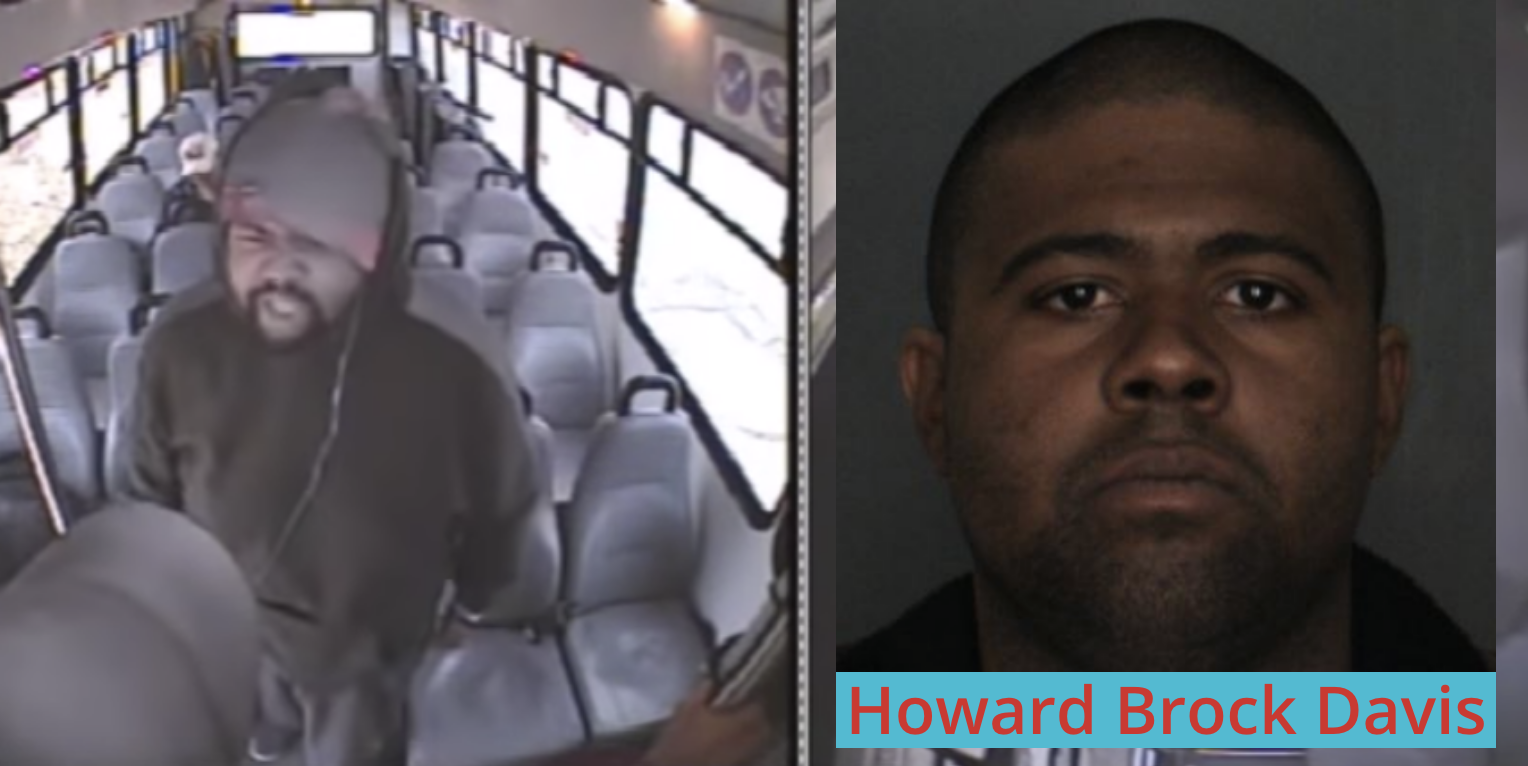 PHELAN, Calif. (VVNG.com) — Authorities arrested a 25-year-old transient after a months-long investigation that began when an elderly bus driver was brutally assaulted in Phelan, officials said.

The suspect, Howard Brock Davis, was arrested by the San Diego Police Department on May 23, 2019, after his assault on a 68-year-old Victor Valley Transit Authority bus driver in December of 2018.

Sheriff’s officials said the suspect boarded the bus in the area of Phelan and Buttemere Roads without putting in the correct fare in the machine and was asked by the bus driver to pay the necessary amount.

According to a sheriff’s news release, “the suspect got into the driver’s face, continued yelling and pushed the driver out the open door and onto the ground outside. The suspect stepped outside and punched the driver in the face 6 to 8 times while the driver was still on the ground. The driver suffered serious injuries to his face and head from the assault.”

As a result of a four-month long investigation by Detective J. Collins, the suspect was identified as Howard Brock Davis and a warrant was issued for his arrest. Davis, who is a sex registrant and listed as a transient out of Hesperia, was located living on the streets in San Diego.

He was booked at West Valley Detention Center where he is currently being held in lieu of $100,000. bail.

Anyone with information regarding this crime is urged to contact Detective J. Collins at Victor Valley Sheriff’s Station, Phelan Sub-Station, (760) 995-8781.