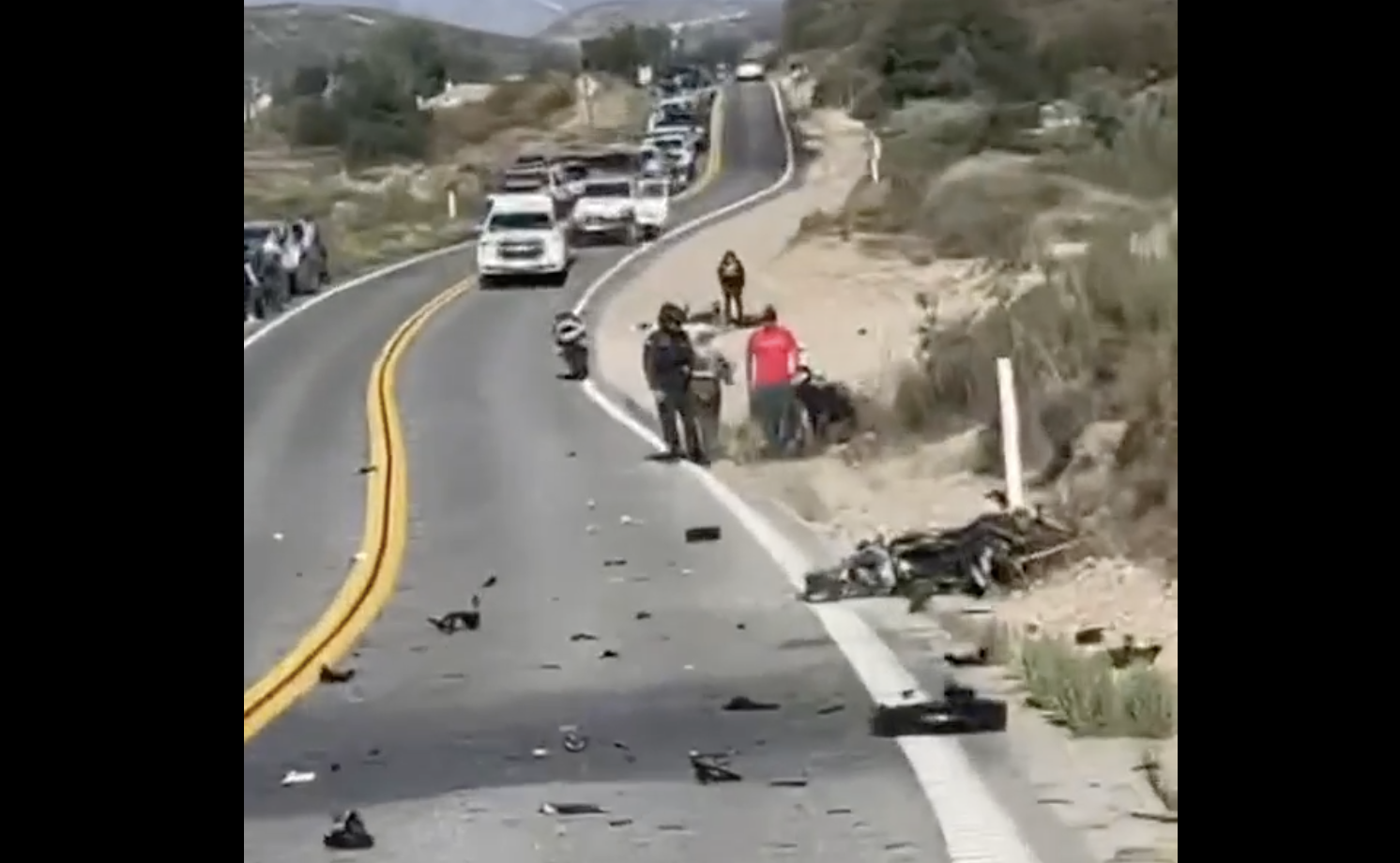 HESPERIA, Calif. (VVNG.com) — A 24-year-old motorcyclist from Crestline out riding with another biker was killed in a traffic collision Sunday morning in Hesperia.

According to a sheriff’s news release, the Camry was heading east and the BMW was traveling west on Highway 138, along with the driver of a Honda motorcycle.

For an unknown reason, the BMW motorcycle drove into oncoming traffic and collided head-on with the Toyota. The rider sustained fatal injuries and was pronounced deceased at the scene by the San Bernardino County Fire Department.

The driver of the Honda motorcycle fell off his bike following the collision and sustained a broken leg. Firefighters requested a helicopter to land in the yard of a nearby ranch and he was subsequently airlifted to a Loma Linda University Medical Center via Mercy Air 22 helicopter.

Officials said, “it does not appear there was any physical contact between the Honda motorcycle and the vehicles from the initial crash.”

The driver of the Toyota Camry did not sustain any injuries. Drugs and/or alcohol do not appear to be a factor in the crash at this time.

Identification of the 24-year-old male rider of the BMW motorcycle is pending next of kin notification. State Highway 138 was closed for several hours while deputies from the Hesperia Major Accident Investigation Team (MAIT) processed the scene.

Anyone with information or anyone who may have witnessed the collision is asked to contact Deputy I. Sanchez or Deputy F. Zavala at the Hesperia Station at 760-947-1500.

Man shot and killed during an altercation in Victorville identified