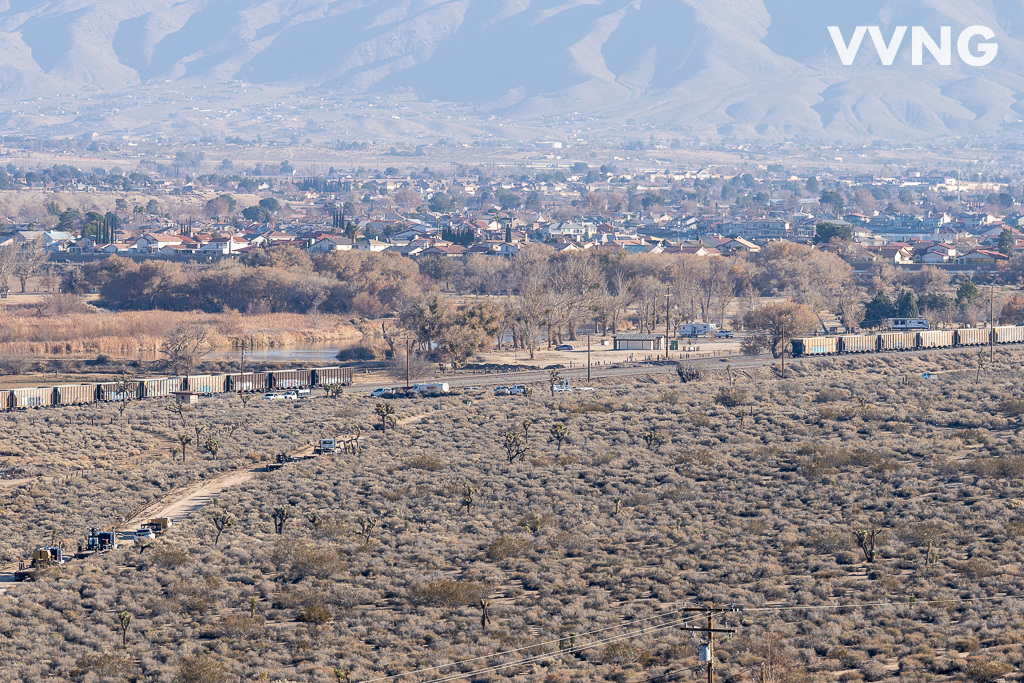 VICTORVILLE, Calif. (VVNG.com) – A clean-up effort is underway after 23 train cars were involved in a train derailment Tuesday morning in Victorville.

The Union Pacific train derailed at about 8 a.m. December 20, 2022, on the east side of Victorville, California, near Stoddard Wells and Highway 18.

“About 23 cars derailed, and about half of those were on their side. The cars were carrying iron ore,” said Robynn Tysver, Communications Manager for Union Pacific Railroad.

Tysver told Victor Valley News that no injuries were reported and that Union Pacific crew members were on the scene performing a cleanup operation, which began with the removal of the derailed cars from the right of way.

The track remains closed to traffic, and it is not immediately known when it would reopen. The incident remains under investigation.

#BREAKING freight train derailment in Victorville. Union Pacific says 27 cars involved; fortunately no injuries or hazmat situation. They’re hoping to have one set of tracks back open by tomorrow. This is one of two main routes in and out of SoCal. pic.twitter.com/m5woZIyFoo