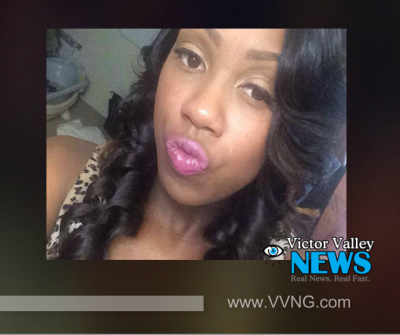 VICTORVILLE-(VVNG.com): At approximately 11:40 P.M., on Monday, April 13th, an 18-year-old female walked into Victor Valley Global Medical Center with multiple stab wounds to her hand and abdominal area. The emergency room staff immediately contacted the San Bernardino Sheriff’s deputies who arrived at the hospital to interview the victim.

According to the victim’s statement, the stabbing occurred at the Hillcrest Court Apartments in the 15400 block of Culebra Road. The alleged assailant, 22-year-old Terica Jones, of Victorville was believed to have followed the victim to the hospital. When Jones saw deputies she attempted to flee from the hospital in her Ford Focus.

Deputies stopped Jones shortly after, in the area of South Mojave Drive and Verde Street.

According to scanner reports, during the traffic stop deputies observed Jones had blood on her and was arrested at approximately 12:15 A.M. She is currently being charged with Assault with a deadly weapon and being held in lieu of $50,000 bail. The in-custody, arraignment is set for Thursday, April 16th at the San Bernardino Superior Court in Victorville.

The circumstances regarding the altercation are unknown at this time. The victim’s identity and condition have not yet been released. Information will be updated as it is received.