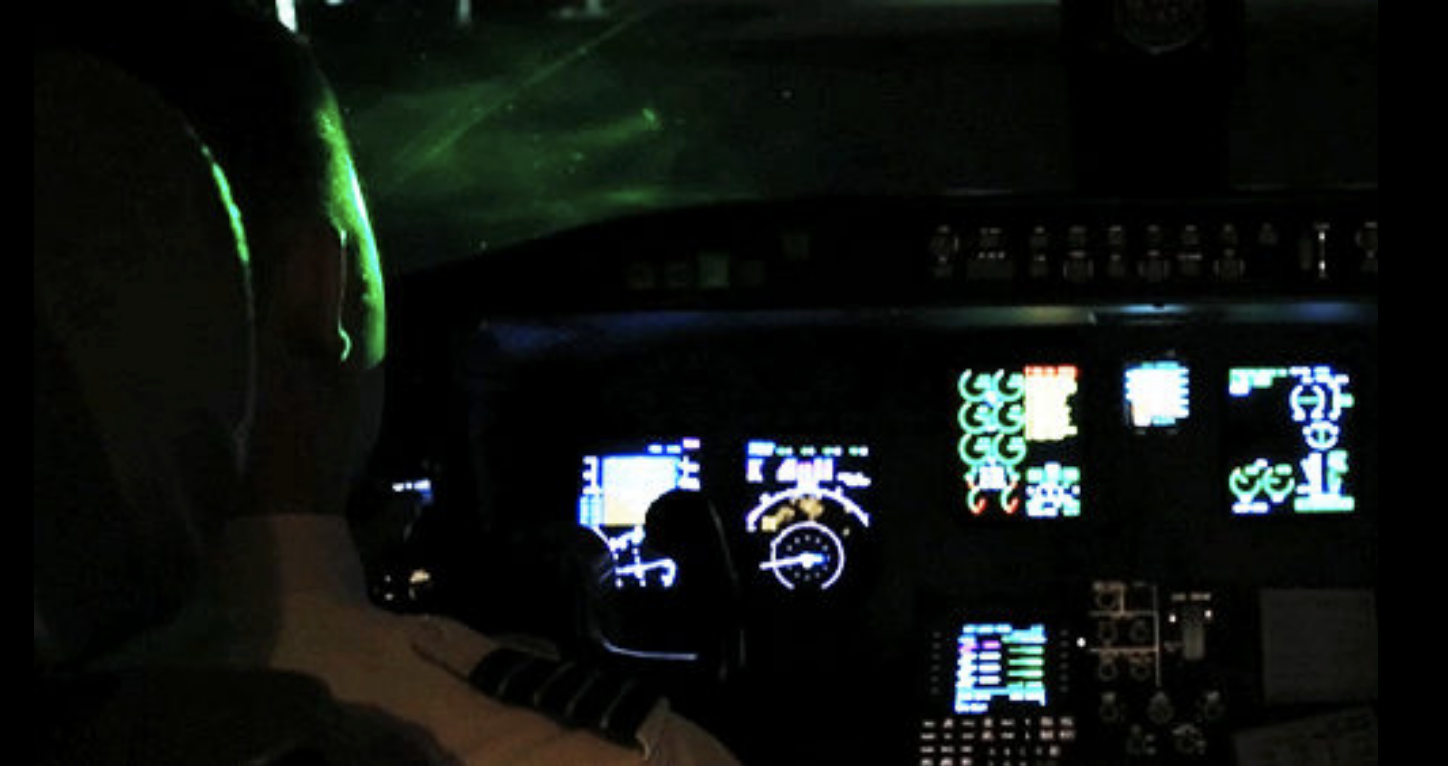 OAK HILLS, Calif. (VVNG.com) — A 22-year-old Hesperia man was arrested after allegedly pointing a laser at an aircraft, officials said.

On Tuesday, October 27, 2020, at approximately 9:08 pm, San Bernardino County Sheriff’s Division’s helicopter (40K3) was being flown by Deputies D. Brimmer and T. Dickie just West of Interstate 15, near Bellflower and the California Aqueduct.

According to a sheriff’s news release, the flight station of the helicopter became illuminated by a red laser and deputies saw three subjects near the California Aqueduct.

“One of the subjects had a laser and was shining it towards the helicopter. Deputy Brimmer deviated his flight plan trying to avoid the laser, but the subject continued to follow the helicopter with the laser,” stated the release.

The occupants entered a pick-up truck and left th

The three subjects got into a truck and left the location. Deputy D. Peterson from the Victor Valley Sheriff’s Station conducted a traffic stop on the vehicle.

“Through the investigation, Deputy Peterson learned it was David Whitaker shining the laser at the helicopter. Whitaker knew it was a helicopter he was aiming the laser towards and wanted to see how far the laser would shine,” stated the release.

David Whitaker was arrested for pointing a laser at an aircraft. He was booked at High Desert Detention Center where he is being held in lieu of $25,000.00 bail.

The investigation is ongoing and anyone with information is asked to contact Deputy D. Peterson at Victor Valley Sheriff’s Station 760-552-6800. Callers can remain anonymous and contact WeTip at 800-78CRIME or www.wetip.com.