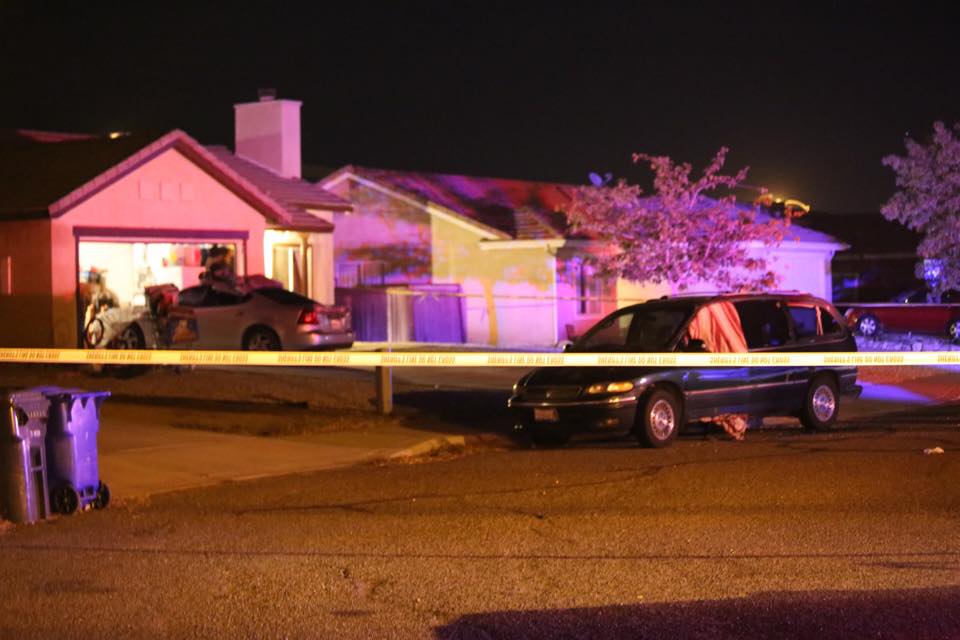 ADELANTO – (VVNG.com)- One man is dead following an altercation at a residence on the 11800 block of Cambridge Street in Adelanto.

Police responded to a report of a shooting between 5:30-6:30 p.m., on Sunday November 16, 2014 and upon arrival discovered a male victim who had been shot. The victim described as a 22-year-old male was taken by ground ambulance to a local hospital where he was pronounced deceased at 6:52 p.m.

According to unconfirmed reports, several vehicles occupied by multiple suspects arrived at the residence. The suspects, armed with weapons gained entry to the home through the garage door and began assaulting several people inside of the residence. The victim was reportedly sitting in the backyard when he was shot.

The suspects fled from the incident location before police arrived on scene. Due to the ongoing active investigation police were unable to comment on any possible suspects or vehicle descriptions. At this time there is no clear motive on the shooting.

More information will be updated as its released. Anyone with information regarding the shooting or suspects is urged ton contact dispatch at 760-241-2911.