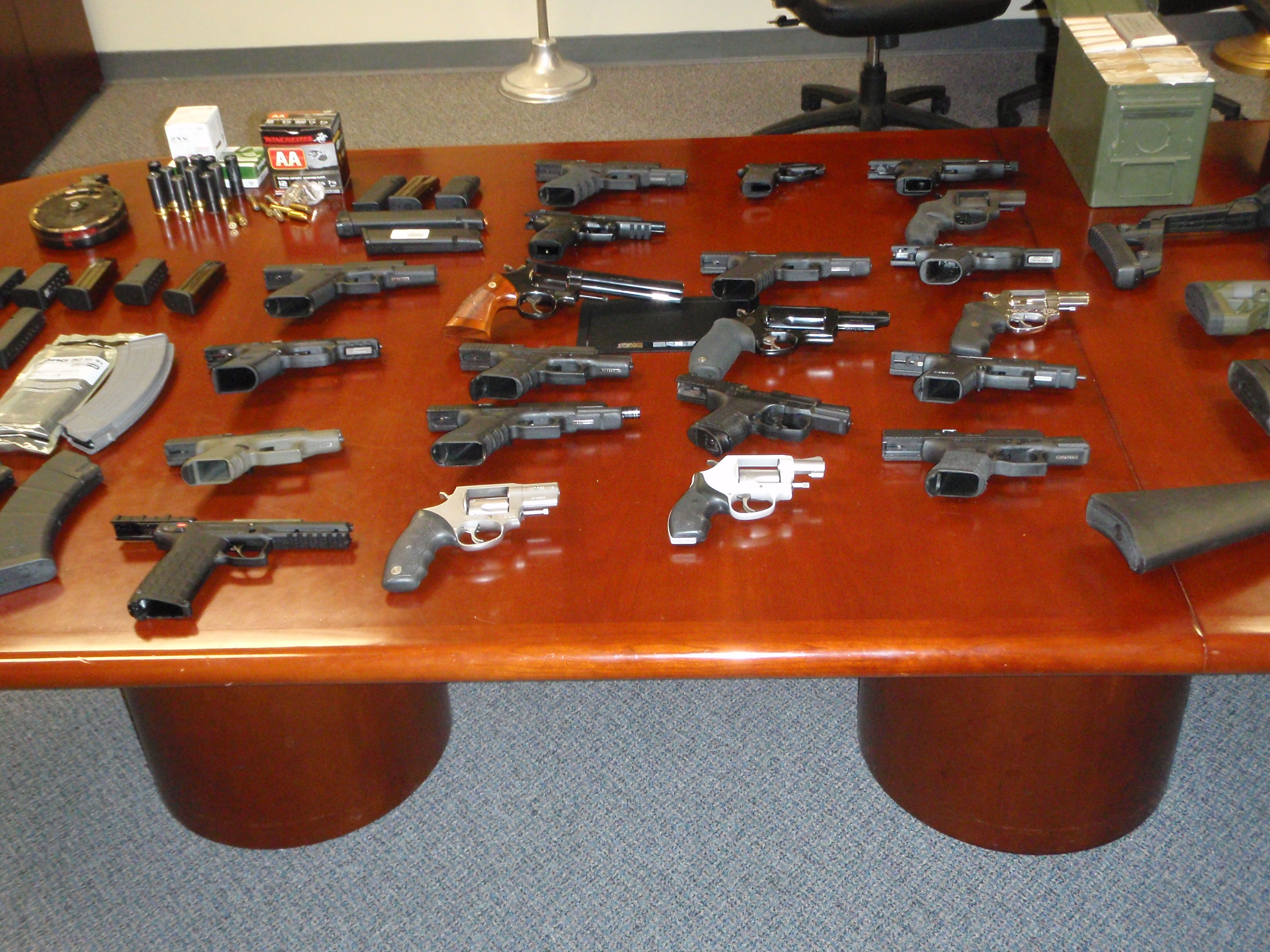 VICTORVILLE:(VVNG.com)- On September 30, 2015, at approximately 9:00 p.m., deputies from the Victorville Gang Team (S.M.A.S.H.) served a search warrant at a residence in the 16300 block of Manchester St, in the City of Victorville.

During the search of the residence 22 firearms were found, to include assault weapons with high capacity magazines, shotguns, handguns of multiple calibers, and a large cache of ammunition for the weapons. A small indoor marijuana grow, and approximately 1 pound of marijuana packaged for sales were also located in the residence.

Three small children were found to be living at the residence and many of the weapons were easily accessible to the children. The occupant of the home, Ronald Lamas, 33, is a multi-time convicted felon and a criminal street gang member.