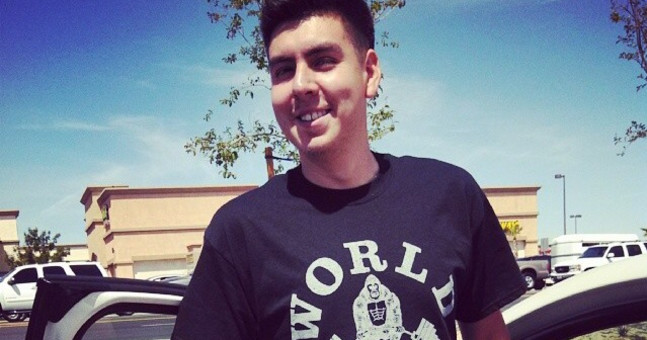 Albert was on his way to his Victorville home heading Northbound on Sierra Avenue, just North of Summit in Fontana. For unknown reasons the 2007, Red Toyota Prius he was driving went off the road, into the dirt crashing into a power pole. This accident resulted in major damage to the roof and passenger side door. The driver, who was the single occupant of the vehicle sustained severe head injuries that resulted in  young Albert being pronounced dead at the scene.

Albert is described by friends and family as someone willing to help anyone and a shy young man who always had a smile. Albert was the oldest of four children, a loving son, nephew, grandson and friend. His family and friends are both shocked and devastated by this tragic loss.

The family is requesting help from the public. A donation in any amount towards his funeral will be appreciated very much. If you would like to help, please see the donation page.