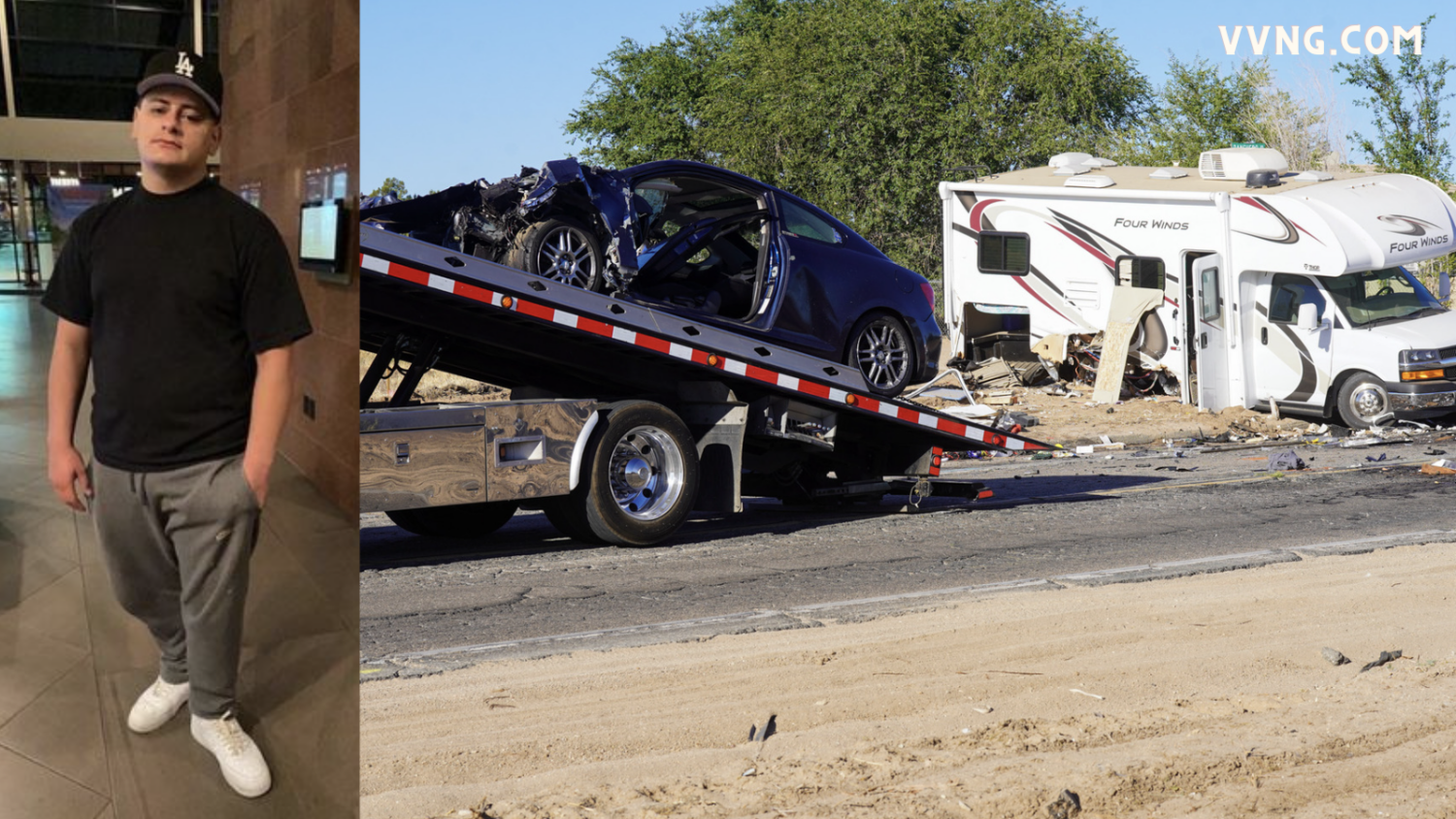 HESPERIA, Calif. (VVNG.com) — A driver killed after crashing with an RV on Father’s Day Sunday was identified as 21-year-old Javier Bueno Jr. of Hesperia.

On June 19, 2022, at approximately 6:40 am, Barstow Dispatch Center received 911 calls of a crash that occurred at the intersection of Ranchero Road and Cascade Avenue, within an unincorporated area of San Bernardino County.

Officials said the male driver of the RV sustained minor injuries and remained on scene.

Javier was trapped inside the mangled Scion and had to be extricated by San Bernardino County Fire personnel. He was transported to Desert Valley Hospital by ambulance where he succumbed to his injuries. CHP said that no alcohol or drug impairment is suspected.

Javier’s sister named Crystal Guzman reached out to VVNG and said her brother had just turned 21 in May. Crystal said Javier worked as a Direct Support Professional (DSP) for people with disabilities and he was on his way home when the crash occurred.

“My brother was a loving caring person he always went out of his way to help anybody in need. He was always the first to help with anything. He loved to play basketball with his nephews, cousins, brothers, and sisters. He was a jokester he always knew how to make anybody laugh when needed. He loved to play video games and watch movies with his family,” stated Crystal.

Crystal said this past Father’s Day the family didn’t gather for fun activities as they normally would, instead they gathered as a family to pray and to try and be strong for their mother.

This crash is still under investigation by Victorville CHP. Anyone with information is urged to call (760) 241-1186.

Related Article: Man dead after crashing into an RV on Father’s Day in Hesperia

US Highway 395 in Adelanto closed due to homicide investigation