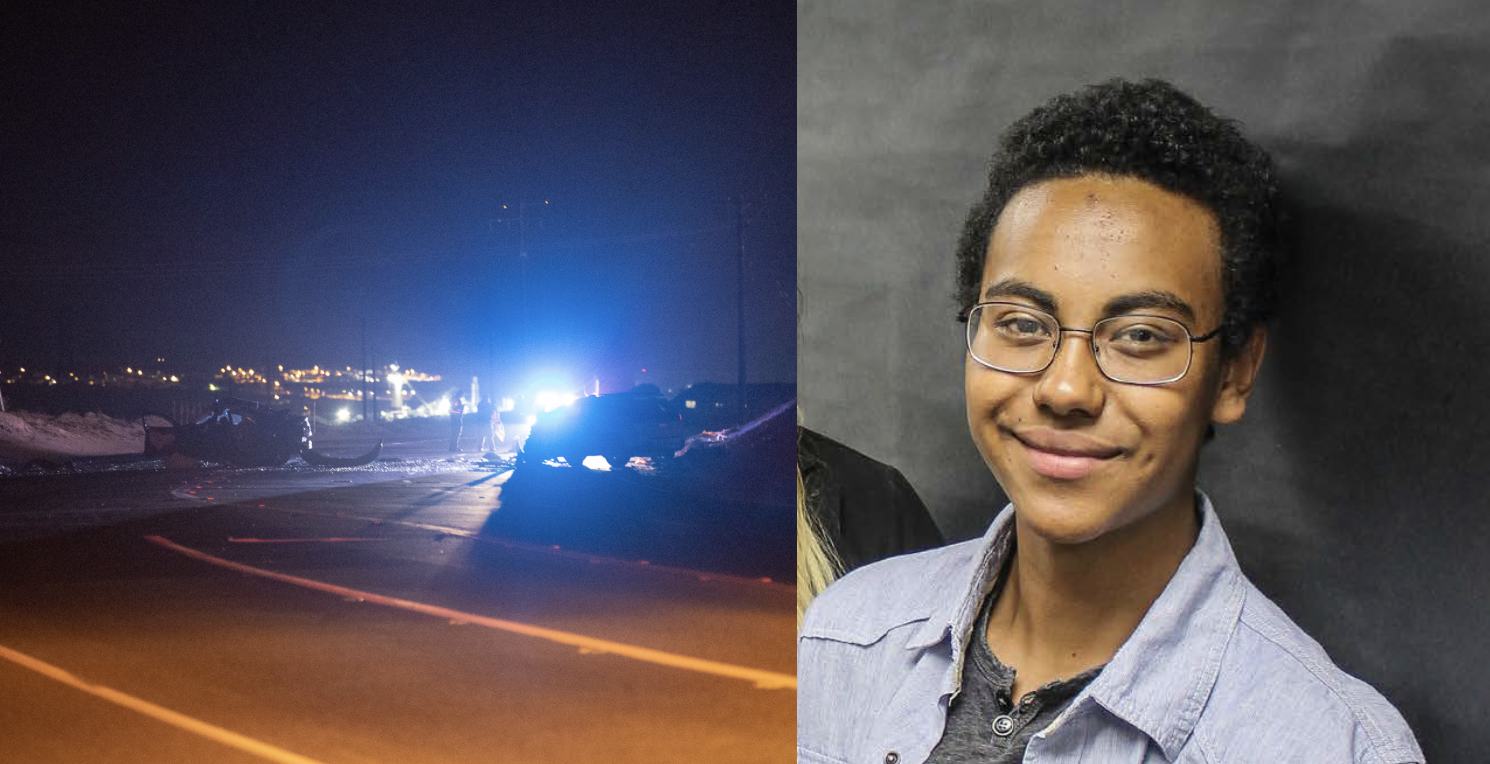 The deadly crash happened at about 11:08 pm, just east of the intersection of Air Expressway and George Boulevard and involved a Honda sedan and a GMC SUV.

According to a sheriff’s news release, the Honda was traveling westbound and the SUV was going in the opposite direction when they collided.

“For unknown reasons, the Honda driver lost control of the vehicle and went into oncoming traffic, colliding with the GMC,” stated the release.

Firefighters from the Victorville City Fire responded to the crash and experienced their first fatal traffic accident since taking over fire operations at 8:00 am., on the same day.

In May 2016, the Victor Valley Union High School District published a newsletter and wrote a piece titled “Goodwill graduation gift”.

The article talked about a student at Goodwill Education Center Britini McDermott who won a Chromebook at a school event. Instead of keeping it, McDermott gave her prize to then graduating senior Virgil Solis, because he was going to college next year and didn’t have a computer of his own.

Solis shared how it would have been difficult for his family to afford a new computer and they were really happy to learn of the kind gesture.

According to Shantel Heinemann, Virgil was her son’s best friend and he borrowed his car to take some friends home and was on his way back when the accident happened.

Investigators with the Major Accident Investigation Team (MAIT) are continuing the investigation and the cause of the collision is currently unknown.

Anyone with information about this investigation is asked to contact Deputy A. Ramos or Deputy J. Dean at the Victorville Police Department at (760) 241-2911 or Sheriff’s Dispatch at (760) 956-5001. Callers wishing to remain anonymous are urged to call the We-Tip Hotline at 1-800-78CRIME (27463) or you may leave information on the We-Tip website at www.wetip.com.