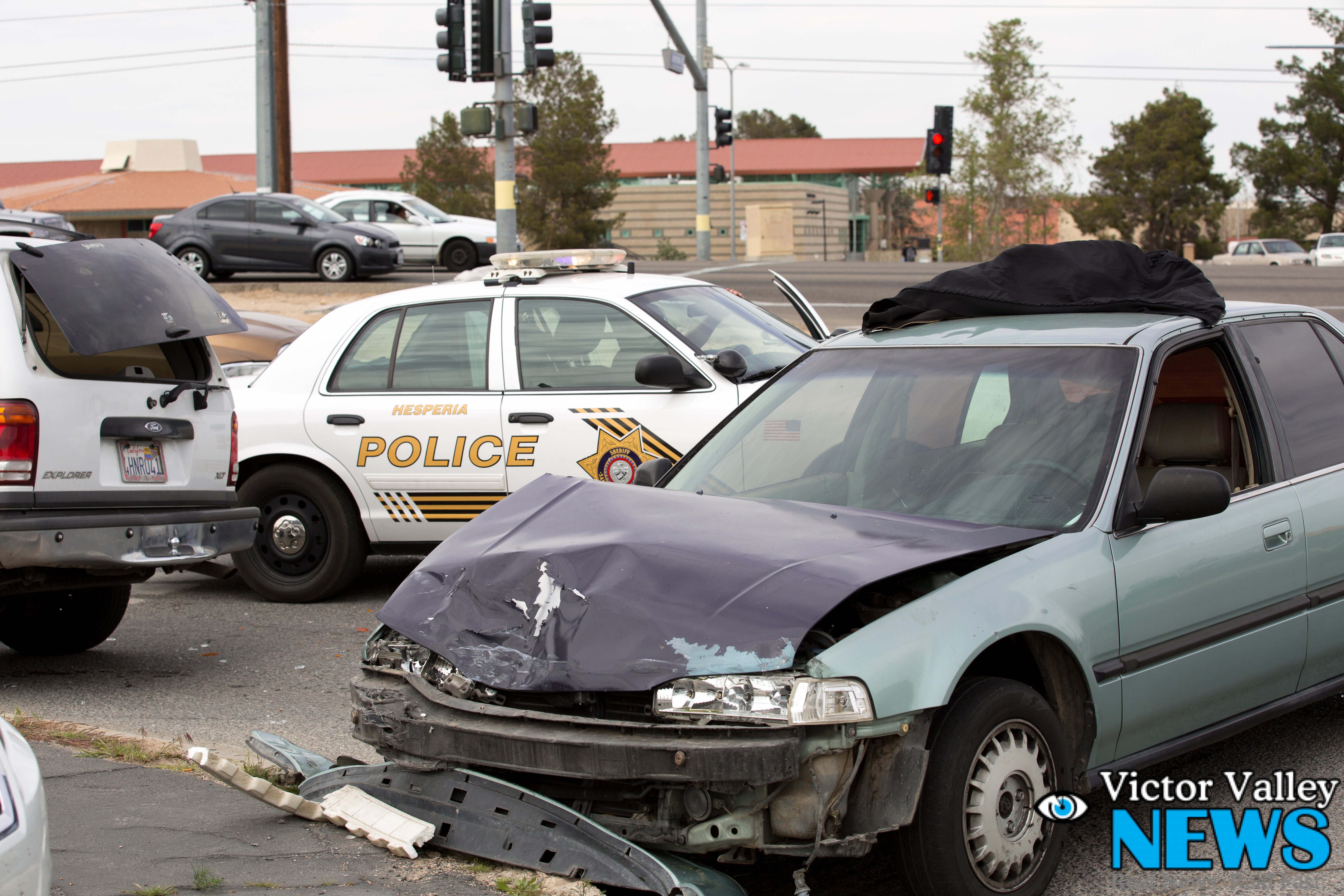 HESPERIA:(VVNG.com)- A 20-year-old male was airlifted to Loma Linda University Medical Center with unknown injuries following a two-vehicle traffic collision at the corner of Jacaranda and outer Bear Valley Road.

According to a witness, the four door Honda Accord was crossing Bear Valley Road leaving the Victor Valley College and the SUV was exiting the parking lot of D & J plaza and cut into the path of the Honda Accord.

Martin Bataz, the brother of the 20-year-old male injured in the accident told Victor Valley News, his brother had just dropped him off for class. Seconds later he received a horrible phone call that his brother had been in a serious accident. Martin immediately left his class and ran across the street to be with his injured brother.

“My brother was complaining of stomach pains so that is why they airlifted him”, he stated.

The male driver of the white Ford Explorer was handcuffed and placed into the back of a police car. Witnesses stated, he had an open container of beer in the vehicle.

The injuries of the male airlifted are not believed to be life threatening. 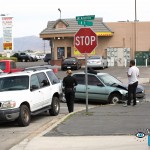 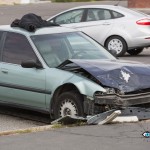 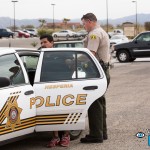