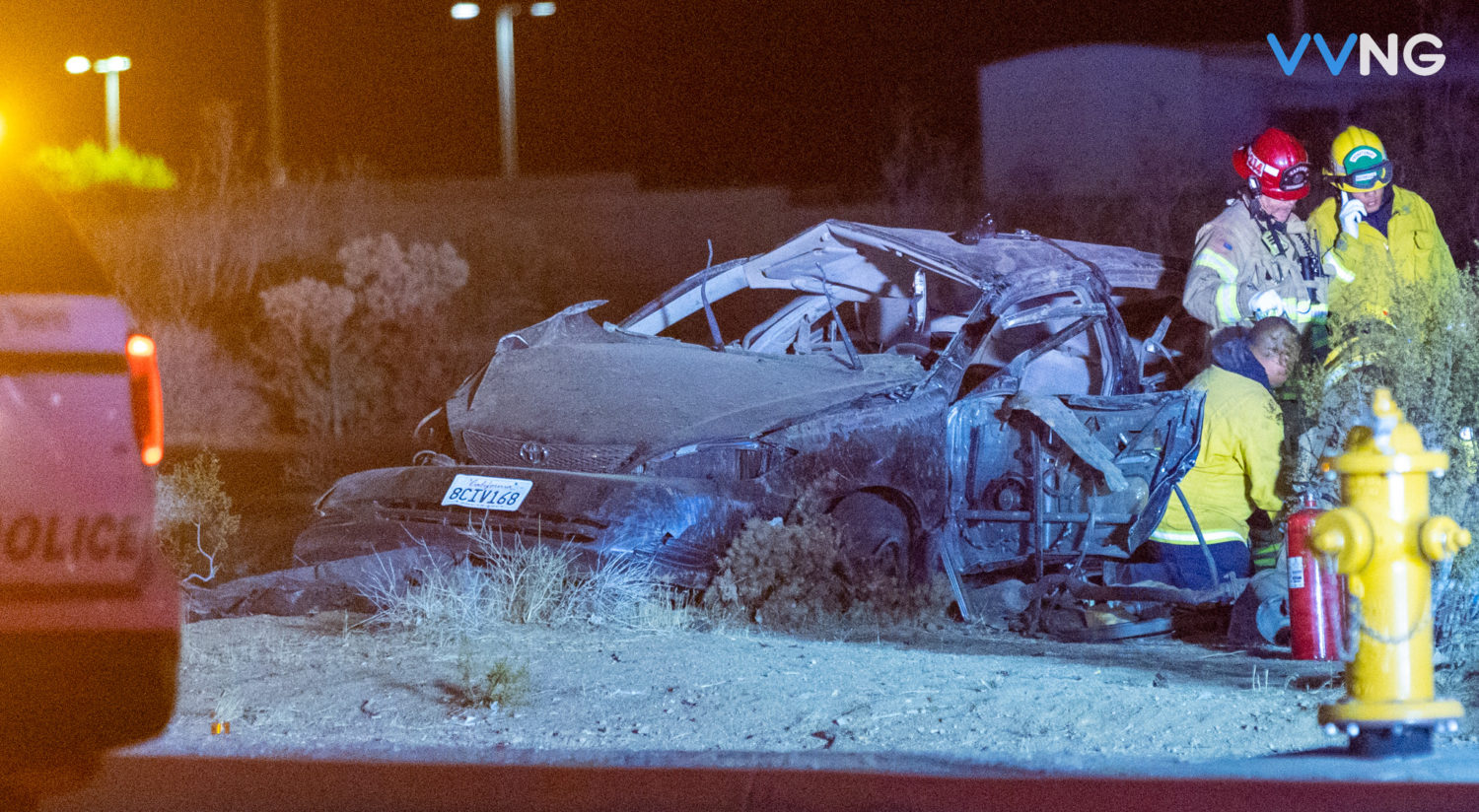 VICTORVILLE, Calif. (VVNG.com) — A 20-year-old killed in a Sunday night rollover crash was identified as Anthony Andres, a resident of Victorville.

The single-vehicle crash happened at about 10:23 pm, on Sunday, November 7, 2021, in the 12600 block of Mariposa Road, where the roadway curves near Scandia.

Victorville City Firefighters located the dark blue 2003 Toyota Camry that rolled several times and left the roadway before coming to a stop in a vacant dirt lot.

A passenger from the vehicle was rushed by ambulance to Desert Valley Hospital and subsequently airlifted to Arrowhead Regional Medical Center with unknown injuries. An update on the condition of the passenger was not available.

Anthony was seriously hurt in the crash and despite life-saving measures, he was pronounced deceased at the scene.

Anthony is survived by his sisters Vanessa, 28, Erika, 25, and his mother Araceli. Anthony, the baby of the family, was always happy and had a great sense of humor. “He was a great brother, uncle, and friend,” stated Erika.

Erika told VVNG her brother was a security guard at the Mall of Victor Valley and was in the process of becoming a correctional officer with the State of California.

Mariposa Road was closed in both directions for several hours as the deputies from the Victorville Sheriff’s Major Accident Investigation (MAIT) Team processed the scene. Authorities have not released information into the cause of the accident and anyone with information is asked to call the Victorville Police Department at 760-241-2911.

UPDATE 11/9 — Sheriff’s officials released a news release and said the Toyota was north on Mariposa Rd when for unknown reasons, Anthony lost control of the vehicle causing it to roll multiple times. The passenger was ejected and Anthony was partially ejected.