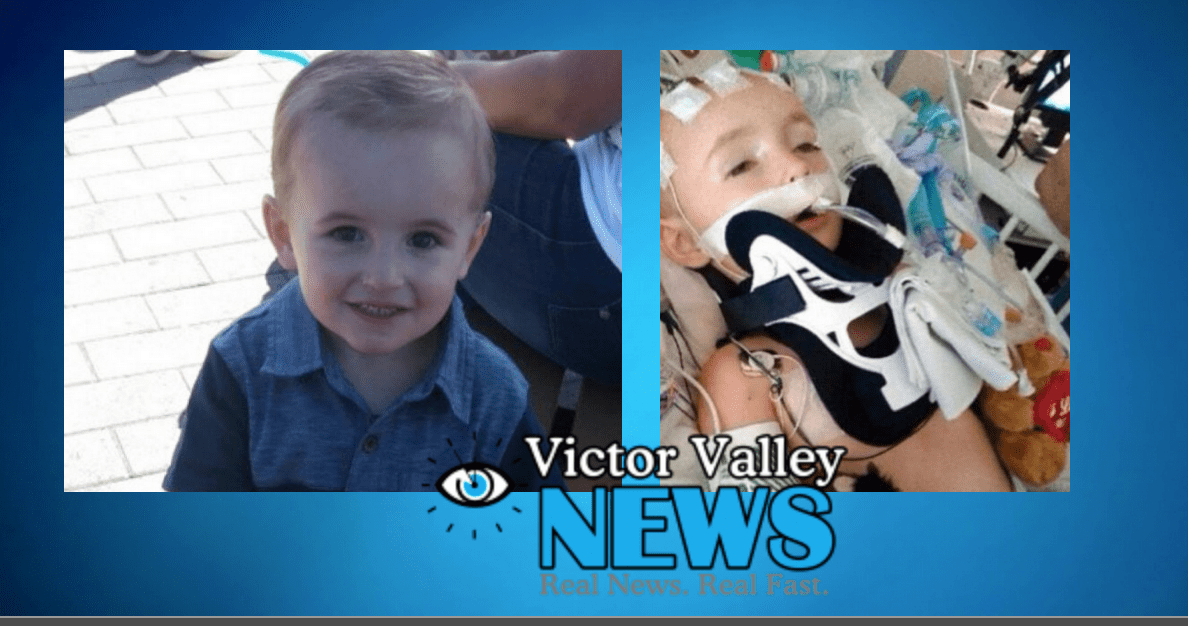 HESPERIA-(VVNG.com): A 2-year-old Hesperia boy is clinging for his life after being found in the above ground family pool on Monday, June 15th.

The young boy named Trace was playing inside the home located on Arroya Drive in Hesperia when according to family, they looked away for a moment and Trace was no longer inside the residence.

His mother Danielle went into the backyard to search for him and discovered Trace floating face up in the above ground pool.

When emergency personal arrived, they immediately transported the young drowning victim to Desert Valley Hospital where they were able to find his pulse, and with the help of medical equipment he began breathing.

Due to the severity of his condition, Trace was transported to Loma Linda Children’s Hospital where he continues to fight for his life.

On the evening of June 19th the family was informed by medical staff that Trace’s condition had not improved and he has no brain activity.

On the GoFundMe fundraising page, his mother Danielle said, “As of now he is not breathing on his own. Doctors are very negative and give us no hope. They say he meets the 4 signs that they look for [to be considered] brain-dead.”

The family is continuing to patiently wait for final tests and a second opinion that will show if there have been improvements, or if Trace will be pronounced deceased.

The prospect of the baby boy possibly not surviving this tragic accident is more than the family can fathom.

“We have so much faith in our Lord and our little fighter, and we thank you for taking the time to help us out with this step,” said Tiffany Mazourek, the aunt of Trace.

The family has set up a gofundme account to help with medical expenses as well as any other future expenses that may arise. Anything will help them during this difficult time.