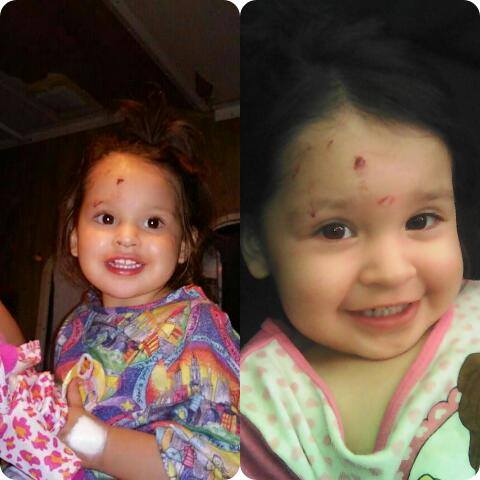 VICTORVILLE:(VVNG.com)- On Friday, June 10th, dispatch responded to a two vehicle collision on Amargosa Road and King Ranch Road in Victorville. During the collision between the black Nissan Altima and the gold Mazda MPV minivan, a 2-year-old child was ejected from the Mazda.

The child was then airlifted to Loma Linda medical center with unknown injuries at the time. Fortunately, the 2-year-old girl didn’t suffer any life-threatening injuries and came out with superficial scrapes and bruises.

“No, [my] baby girl didn’t get any life threatening injuries. She is the same little girl she was before the accident. I’m doing fine as well, a bruise to my left arm but I’ll be healed in no time,” Marita Camarena told Victor Valley News, mother of the little girl.

According to Camarena, the child learned how to unbuckle herself and has been known to do so on several occasions. She speculates that her daughter may have freed herself prior to their departure from the Bank of America.

We’re all glad to know that the family is doing well and that nobody was seriously injured. 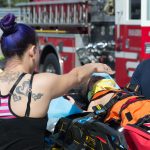 Camarena shielding her child’s eyes from the sun as paramedics transport her. (Photo by Diana Cabral, Victor Valley News) 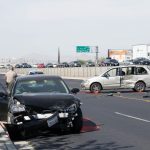 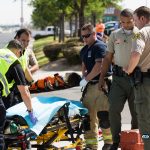