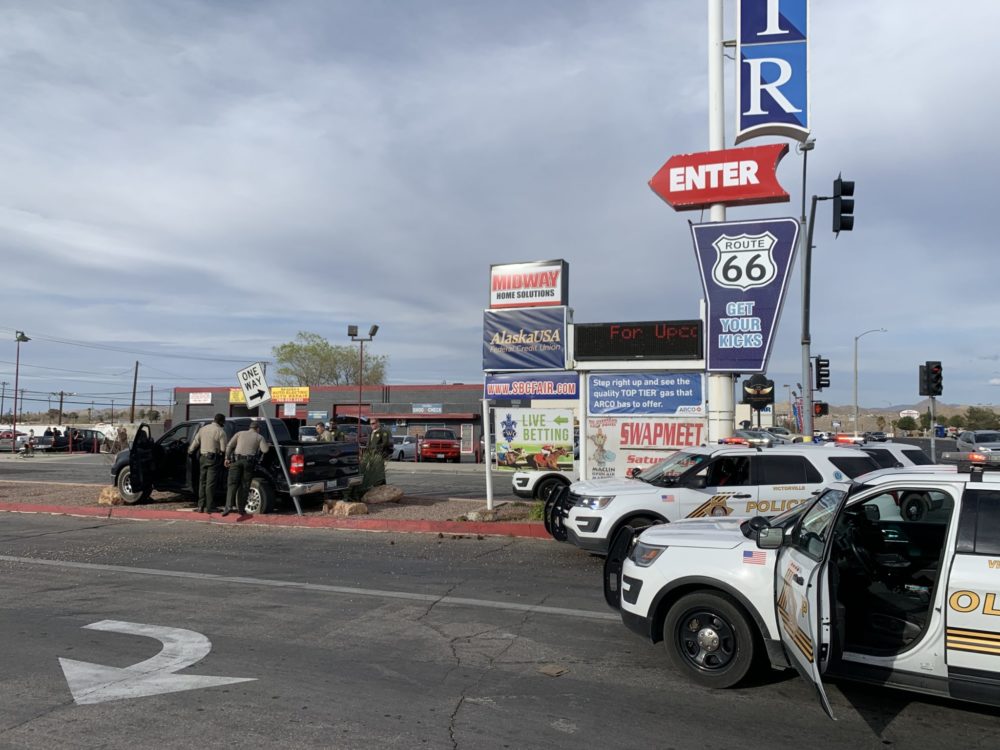 VICTORVILLE, Calif. (VVN.com) — A couple of juveniles were arrested after they allegedly stole a bicycle from a 13-year-old girl in Victorville.

On Monday, March 10, 2020, at about 4:41 pm, a teen girl was walking on Pebble Beach Drive to meet her brother at the bus stop. She had two bicycles with her as she walked, officials said.

“A vehicle approached and two males got out. One of the males took one of the bikes and rode away on it. The other male attempted to take the other bike but she was able to hold on to it. The male got back in the vehicle and was driven away,” stated sheriff’s spokeswoman Mara Rodriguez.

A good Samaritan followed the male suspect on the bike.

Rodriguez said when the suspect saw the Samaritan, he dropped the bike and ran.

“He was picked up a short time later by the other suspects. The Samaritan placed the bike on top of his vehicle and returned it to the victim. He then left the scene without giving his information,” stated Rodriguez.

The victim’s mother was in the area and was able to locate the suspect vehicle after her daughter informed her of what happened.

With information from the mother, deputies spotted the suspect vehicle near 7th and Desert Knolls, just before the driver lost control of the vehicle and crashed into the SB County Fair sign.

Five occupants in the vehicle were detained by deputies.

The two male suspects, identified as a 16-year old male and a 17-year old male, were arrested and booked at High Desert Juvenile Detention Center.

The 17-year old was booked for robbery and the 16-year old for attempted robbery.

Rodriguez said the full report will be forwarded to the District Attorney’s Office. Any charges to be brought against the other three people in the suspect vehicle will be decided by the DA’s Office.

The victim did not suffer any injuries in the incident.