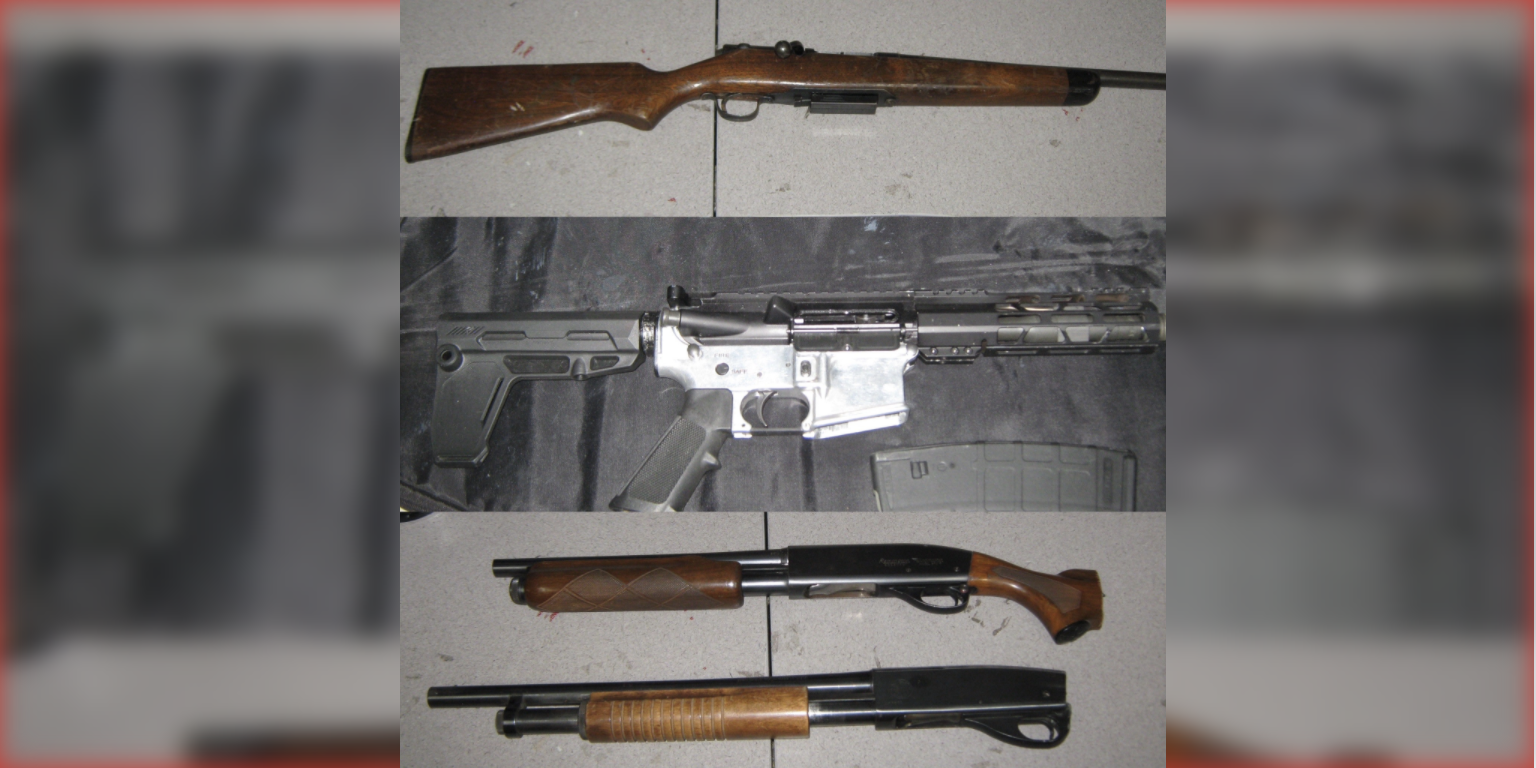 VICTORVILLE, Calif. (VVNG.com) — Two convicted felons in possession of a stolen vehicle and several firearms were arrested during a search warrant in Victorville, officials said.

On January 5, 2021, at about 4:30 PM deputies from the Victorville Police Department responded to the 15500 block of Fresno Street where a stolen vehicle was being stripped in front of a home.

Through investigation, it was discovered Zuniga had stolen the 2020 Mercedes from Interstate 15, near Dale Evans Parkway, where it had been parked by the owner due to a flat tire.

“Zuniga took the vehicle to the Fresno Street location and began stripping parts. It was determined Smith lived in a motorhome at the location,” stated sheriff’s officials.

A search warrant for the motorhome and property was authorized and served.

“During the search, deputies recovered several firearms, including a Mac-10 submachine gun, an AR-15 semiautomatic rifle, and a Ruger semiautomatic pistol, as well as miscellaneous firearm parts. Smith is a convicted felon and is prohibited from possessing any firearm,” stated the release.

Both suspects are scheduled to appear in a Victorville Superior courtroom on January 7, 2021.

Anyone with information about this investigation is asked to contact Deputy A. Ramos at the Victorville Police Department at (760) 241-2911 or Sheriff’s Dispatch at (760) 956-5001. Callers wishing to remain anonymous are urged to call the We-Tip Hotline at 1-800-78CRIME (27463) or you may leave information on the We-Tip website at www.wetip.com.

Homicide investigation after shooting on Third Ave in Hesperia