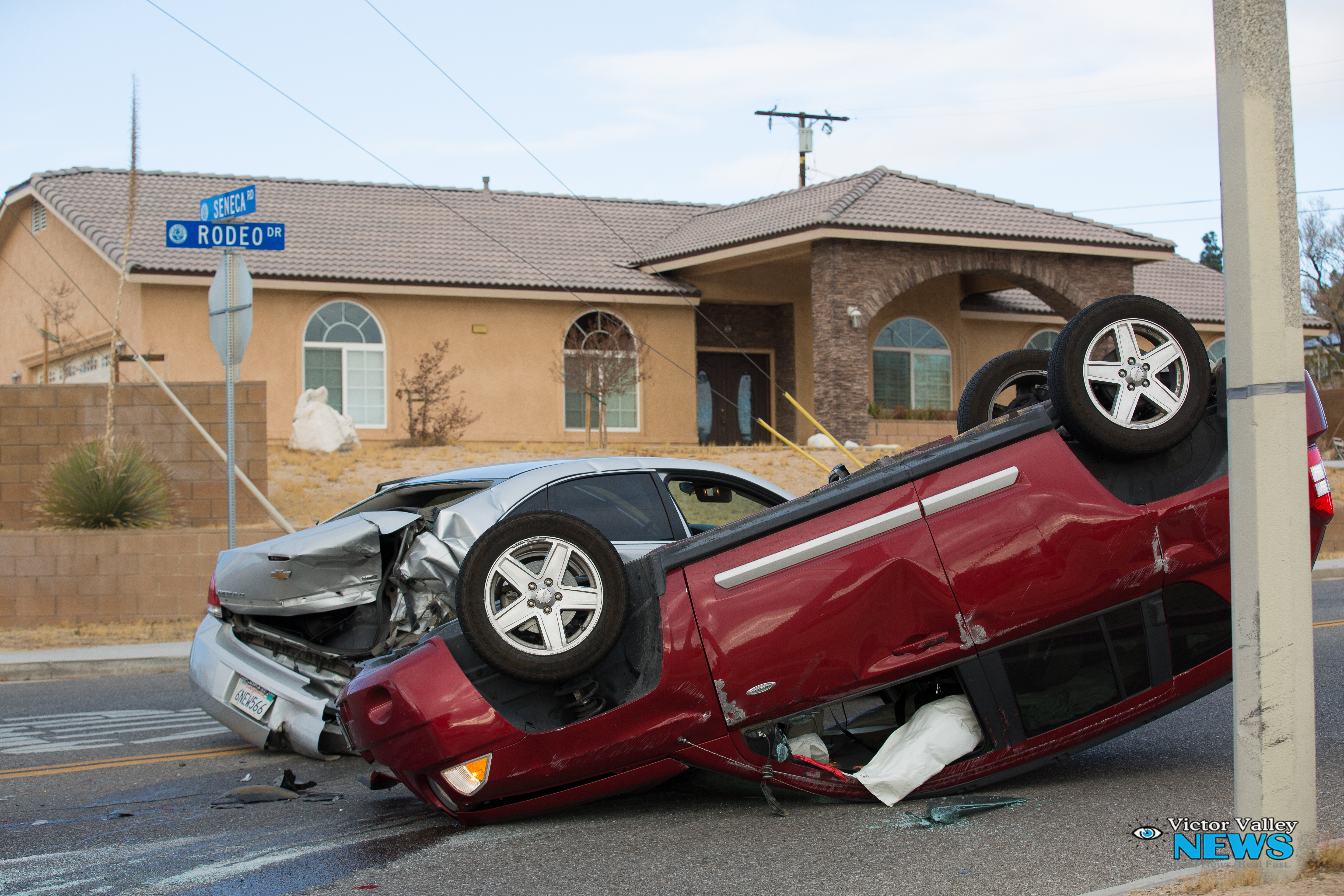 The accident occurred around 8:00 a.m. involving a red Jeep Compass and a silver Chevy Impala.

Both vehicles were traveling in the northbound direction towards Rodeo Drive when they crashed at the intersection.

The 25-year-old male driver of the Jeep told Victor Valley News he just completed a graveyard shift. He was approaching the stop sign but didn’t remember going through it.

Occupants were able to exit the vehicle, however, a 16-year-old teenager was transferred for a medical evaluation to Desert Valley Medical Center.

A two truck arrived on scene at approximately 8:30am to remove both vehicles from the roadway.