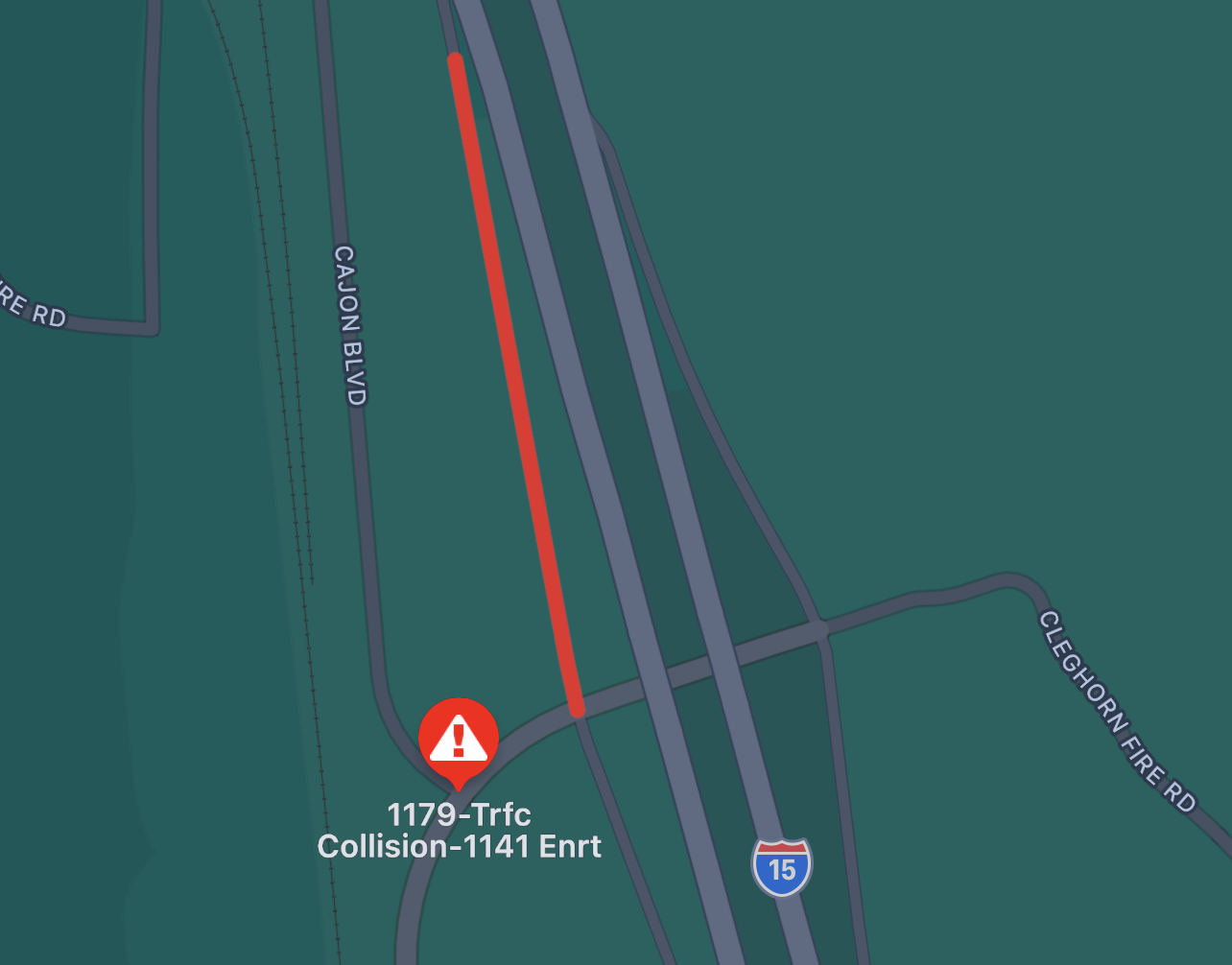 At about 11:21 p.m., 911 operators received a call referencing a black SUV driving the wrong way on the 15 Freeway.

According to the CHP logs, the SUV was traveling southbound in the northbound lanes when the collision occurred just south of Cleghorn.

As a result of the crash, one vehicle overturned and came to rest approximately 200 feet west of the freeway, and a second vehicle with major damage remained on the freeway facing the wrong way, according to the logs.

Witnesses reported that the occupants of the overturned SUV were conscious and yelling, and one occupant complained of a possible broken arm, or an injury to their arm as they attempted to exit the vehicle.

San Bernardino County Fire arrived on scene and determined that the occupants of both vehicles only sustained minor injuries.

A tow truck was requested to remove both vehicles from the roadway.

A stretch of N. Cajon Blvd was closed as a tow truck removed the vehicle.