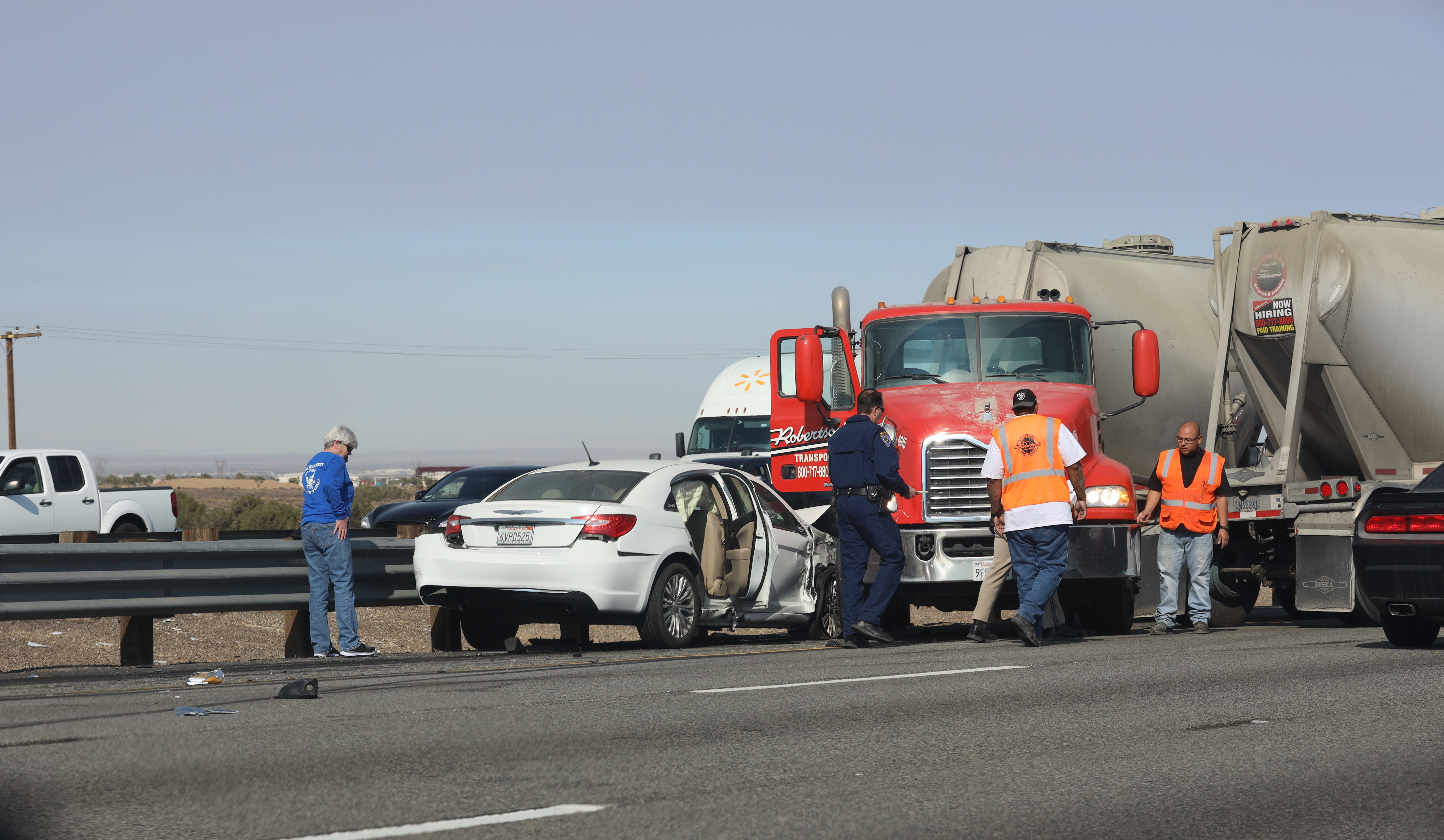 A jackknifed Robertson’s Transportation truck was involved in a traffic collision on the I-15 Freeway along with two other vehicles.

The crash was reported at about 12:20 p.m. on the northbound 15 freeway between Highway 395 and Joshua Road.

According to the California Highway Patrol incident logs, the truck jackknifed in the center divider and then was struck by a white sedan.

A second white sedan involved in the same crash was located off to the right shoulder of the northbound 15 freeway with major rear-end damage.

An RV with front-end damage was also pulled along the right shoulder. It’s unclear how the four vehicles were involved in the crash.

Emergency personnel arrived on scene and determined there were no serious injuries as a result of that collision.

A second crash was reported about 30 minutes later and involved a single gold-colored vehicle that rolled multiple times off the Joshua Road on-ramp.

First responders arrived and located an adult male adult responsive and alert.  The extent of his injuries is unknown at this time.

Commuters should expect heavy traffic in this area as a result of the crashes. 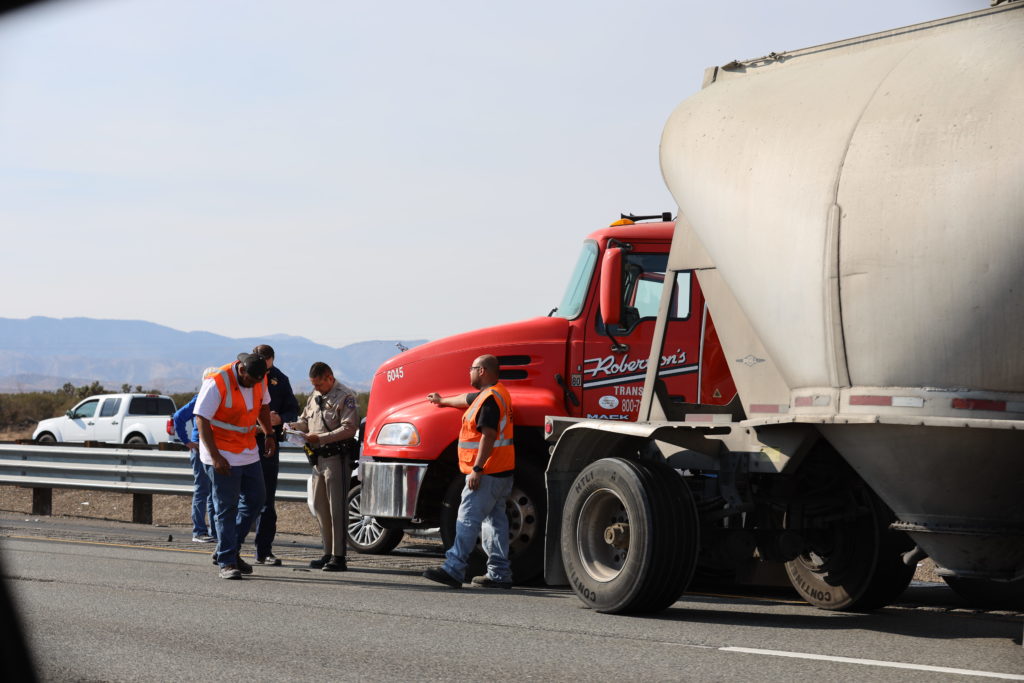 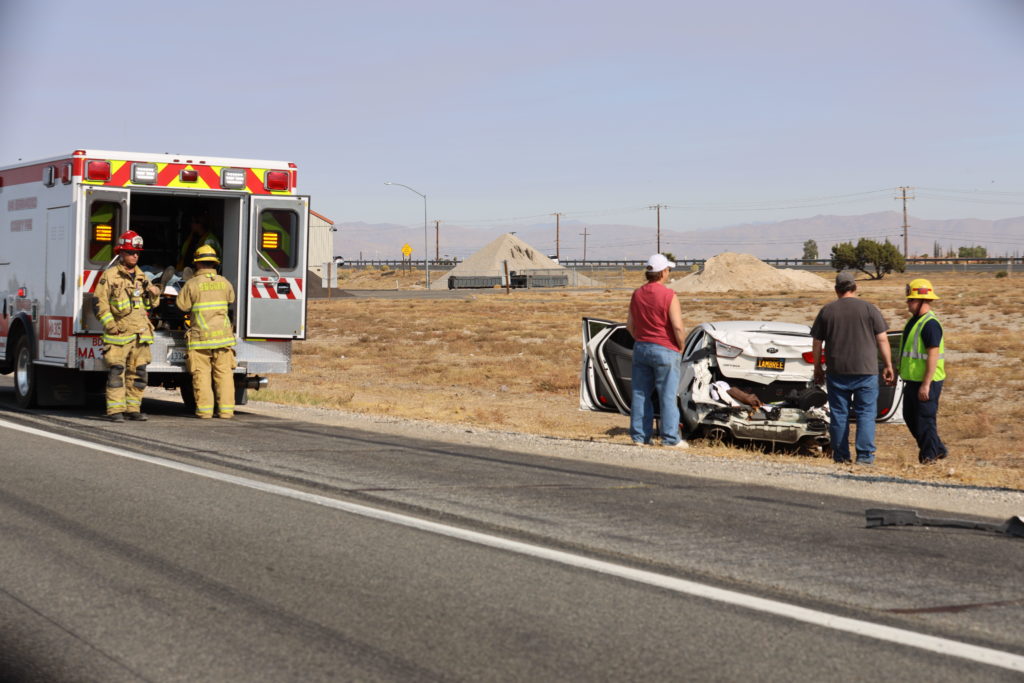 At least one person was transported to a hospital from a white sedan that was also involved in the crash with the Robertson’s truck. (Gabriel D. Espinoza, Victor Valley News) 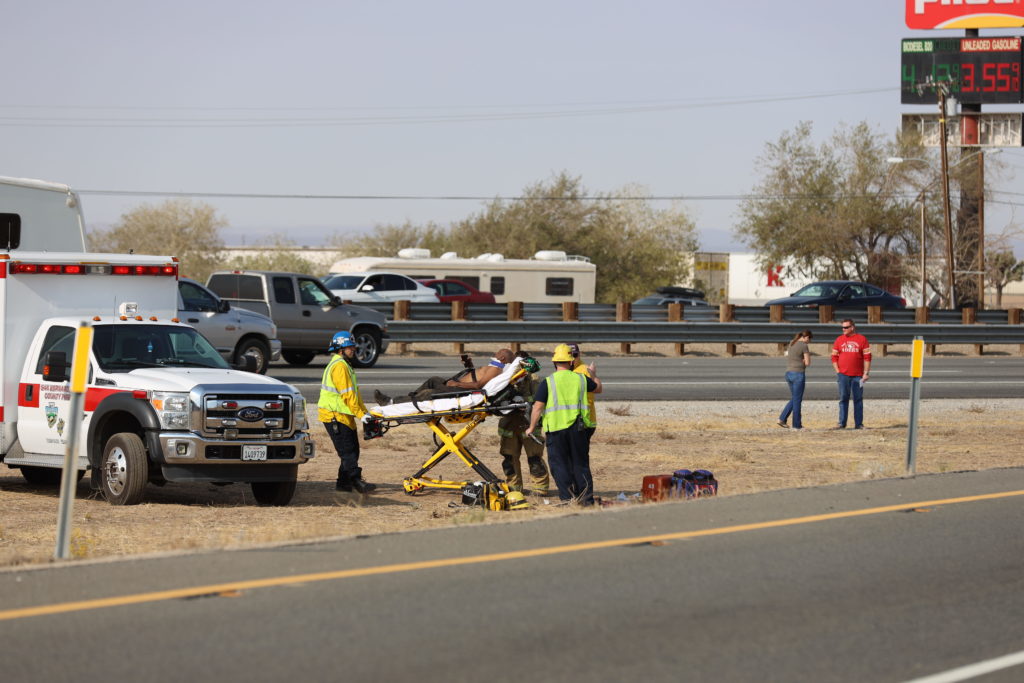 A man from a second crash half-mile apart from the first crash was airlifted to a trauma center. (Gabriel D. Espinoza, Victor Valley News) 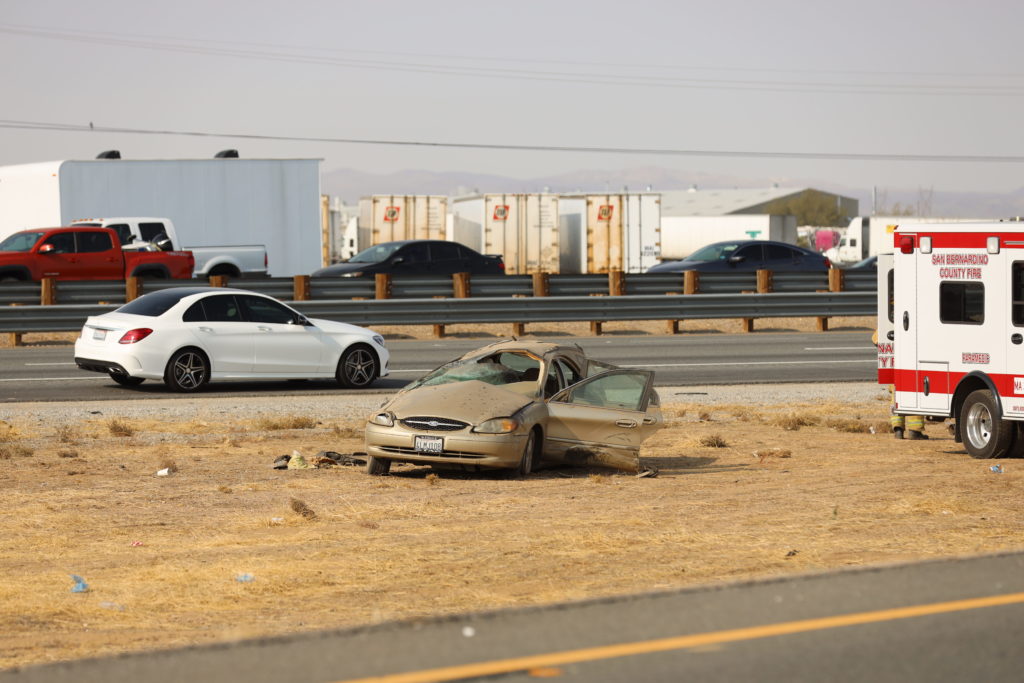