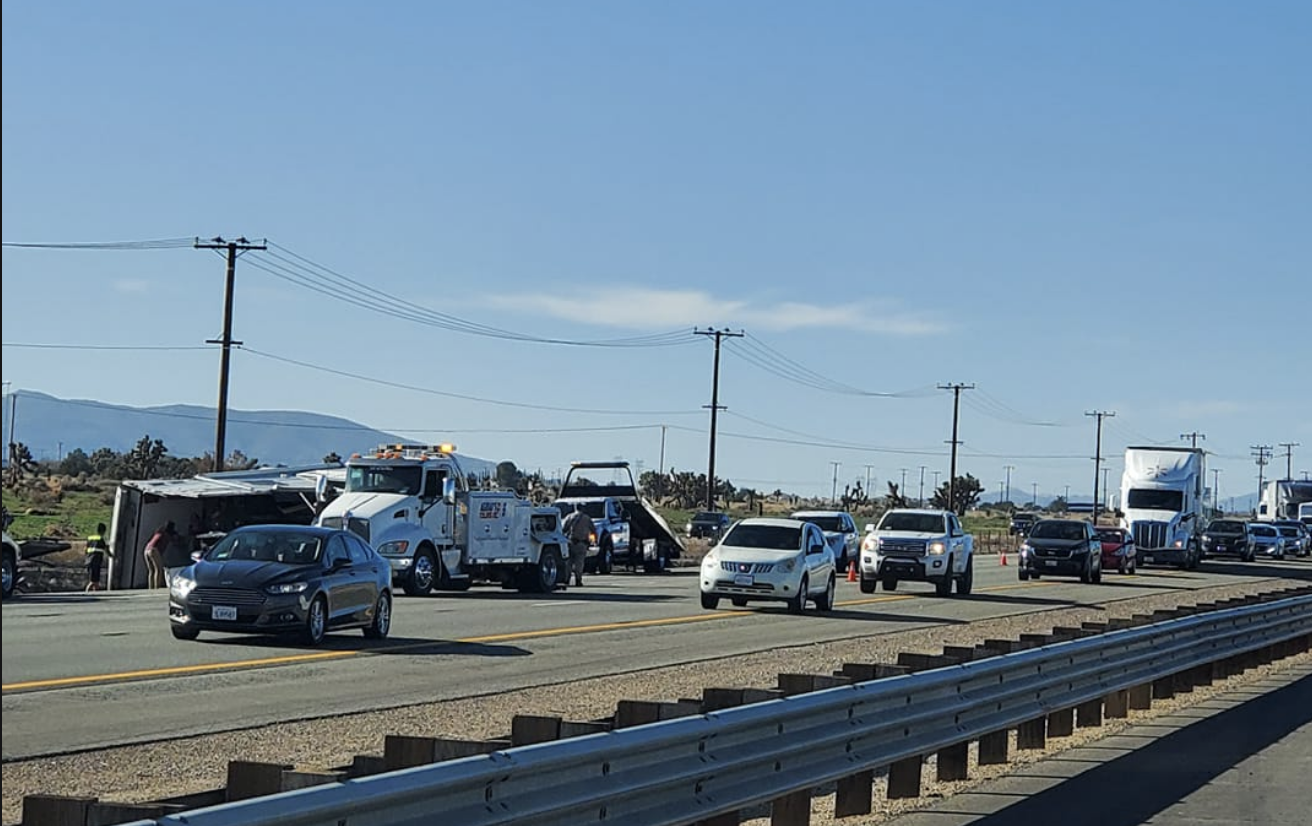 HESPERIA, Calif. (VVNG.com) — Two separate traffic accidents on opposite sides of the I-15 freeway in Hesperia are causing delays Saturday morning.

The first incident was reported at 7:57 am on the northbound I-15, north of Main Street and involved a truck with an overturned travel trailer.

According to the California Highway Patrol incident logs, the 24 ft trailer was carrying a couple of dirt bikes blocking the no. 2 and 3 lanes.

At 8:09 am a crash involving a white Toyota minivan and a red Chevy Silverado was reported on the southbound side near Joshua Street.

No injuries were reported in either of the incidents.

Motorists traveling through the area should expect some delays. Northbound traffic is bumper to bumper and backed up for several miles.