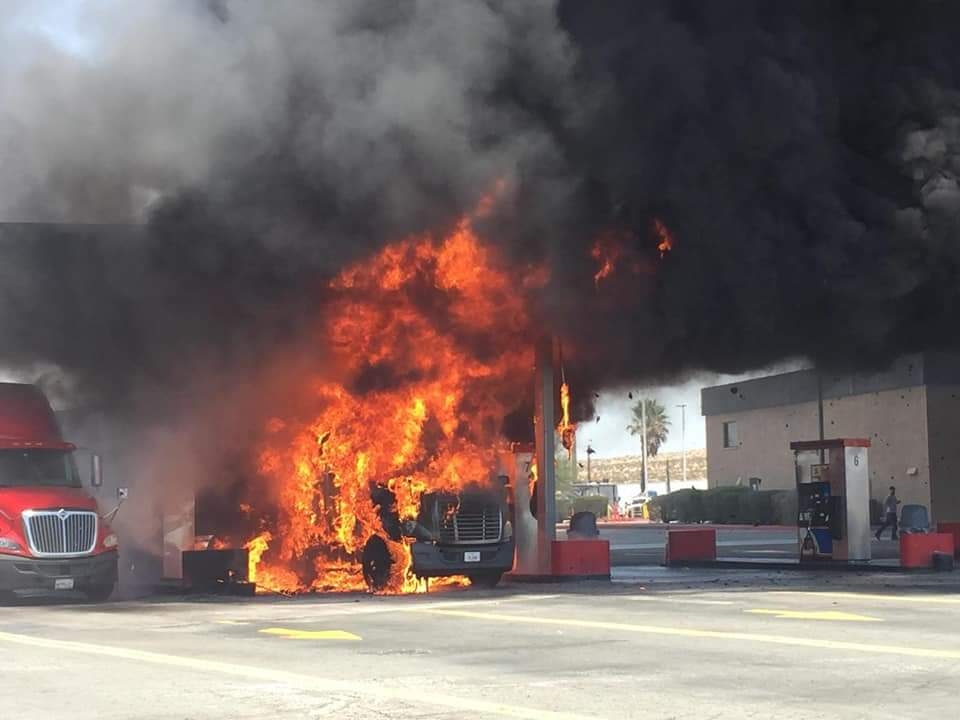 LENWOOD, Calif. (VVNG.com) A tractor-trailer went up in flames and caused major damage to a gas station and another semi at a  stop in Lenwood Monday afternoon.

The fire was first reported just after 1:00 p.m. at the Travel Centers of America (TA) on the 2900 block of Lenwood Road, just outside Barstow.

“Crews were able to perform an aggressive stop to prevent the fire from advancing to the convenience store and maintenance building,” Barstow City Spokesman Anthony Riley told Victor Valley News.

One trailer was empty and the other trailer was hauling glass. It took 45 minutes to gain control of the fire. The fire destroyed 3 gas pumps and caused major damage to the awning, according to Riley.

“Truck fueling on the backside of TA is down for an undetermined timeframe,” the Spokesman said.

Two fire engines from the Barstow Fire Protection District were on hand, along with the assistance from MCLB Fire, totaling 12 personnel.

There were no fatalities, and no firefighter injuries to report. 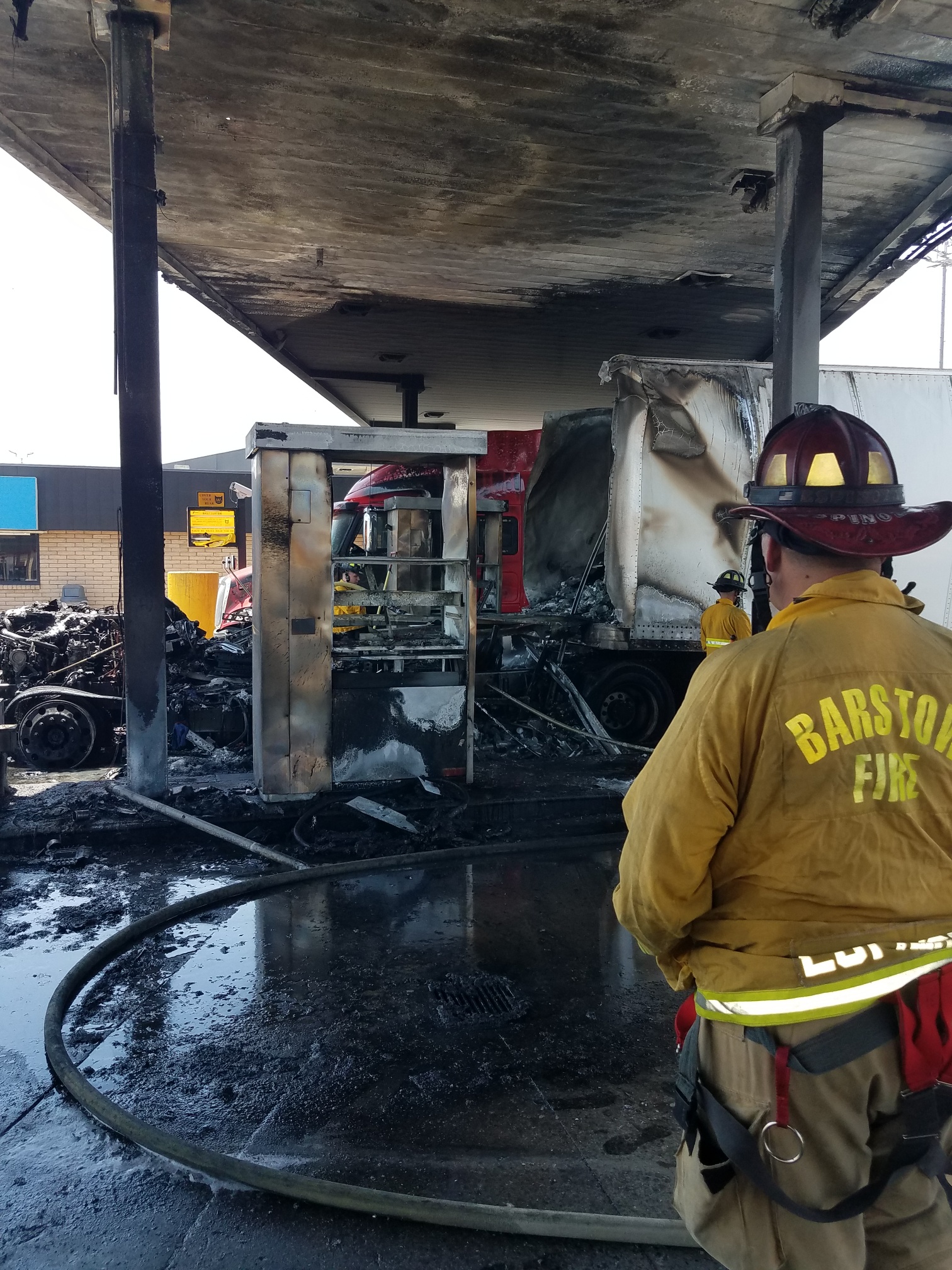 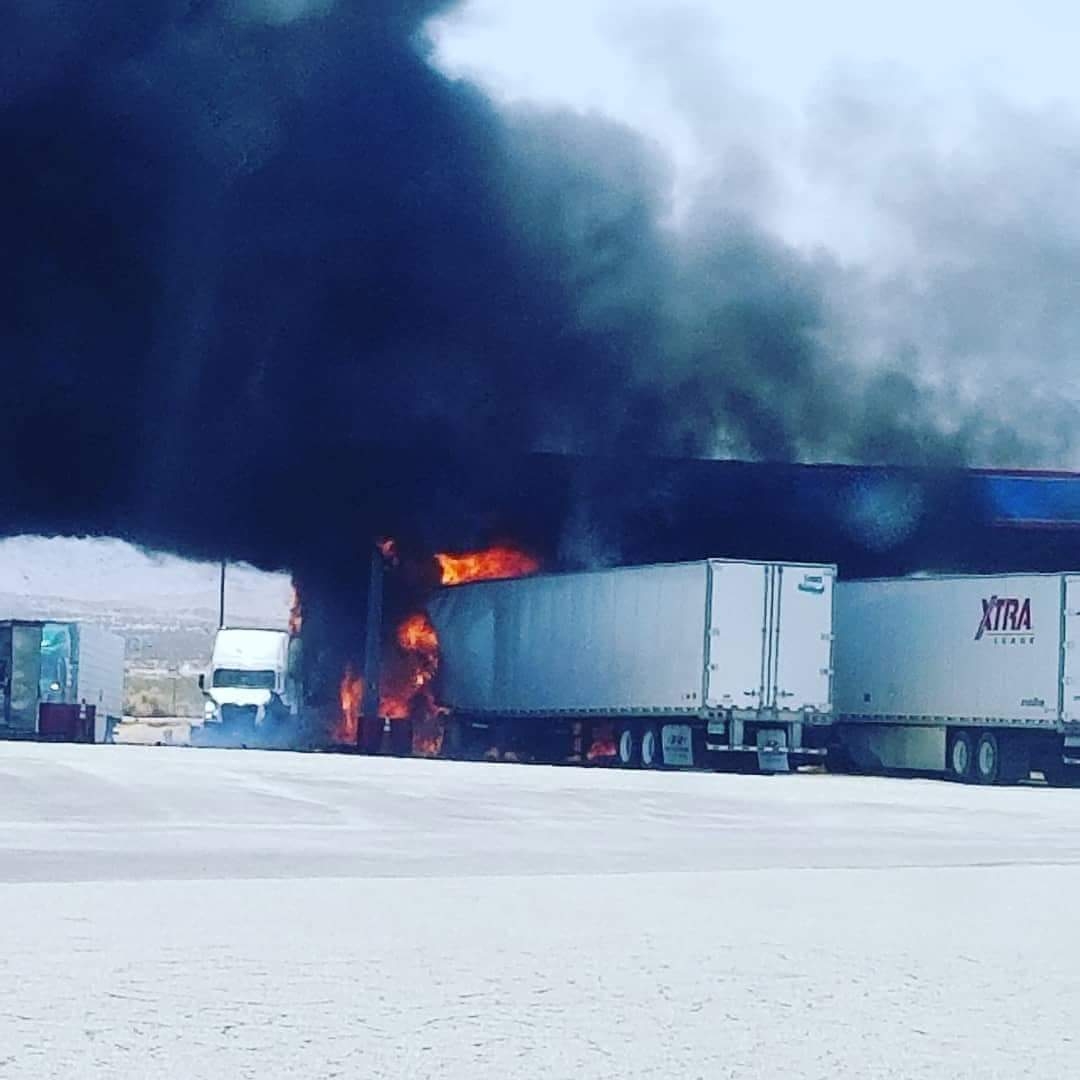 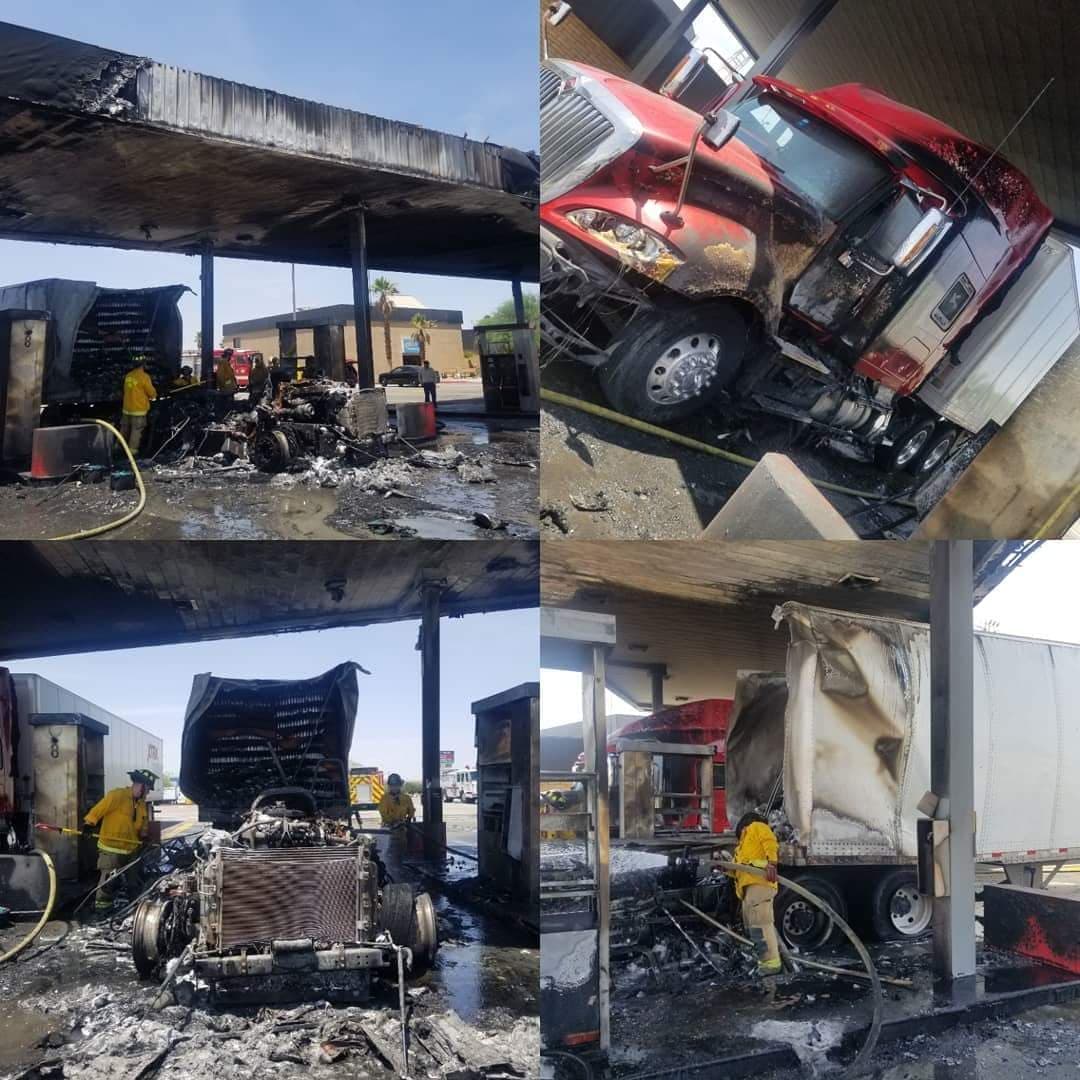