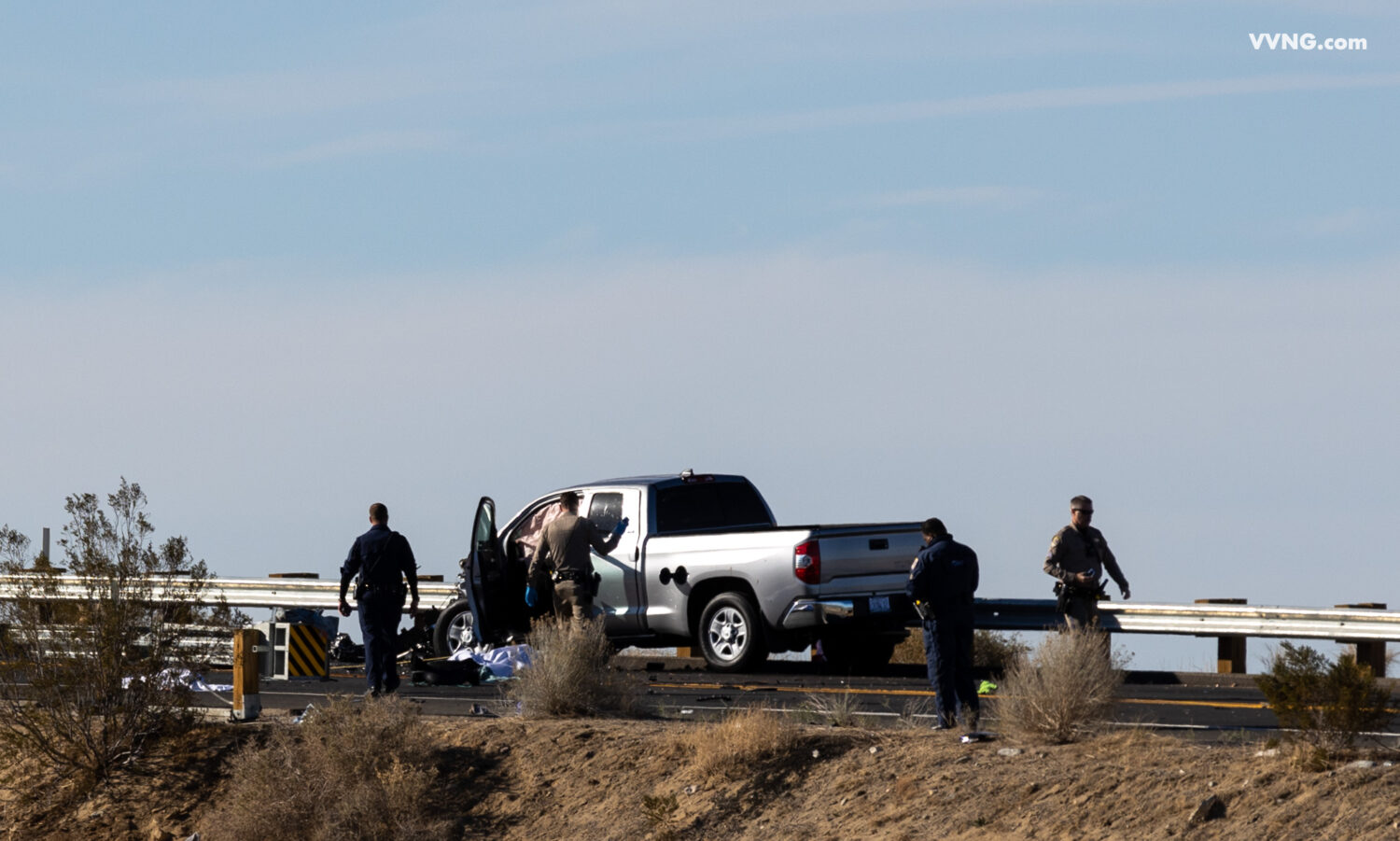 PINON HILLS, Calif. (VVNG.com) — A head-on crash between a motorcycle and a pickup truck left one rider dead and another critically injured Sunday afternoon in Pinon Hills.

It happened on February 27, 2022, at about 1:16 pm, along the bridge portion of Pearblossom Highway near 263rd Street and involved a silver Toyota Tacoma and possibly a black Harley-Davisdon motorcycle.

According to the California Highway Patrol incident logs, the motorcycle was on fire with two riders down and people at the scene asking for towels and blankets for the injured.

Emergency personnel arrived and confirmed one rider deceased, another with critical injuries, and two other people with non-life-threatening injuries.

Helicopter Air Rescue 5 landed at the scene and airlifted the other rider to Antelope Valley Hospital.

CalTrans assisted CHP with a hard road closure in both directions of Pearblossom Highway until approximately 6:35 pm.

The California Highway Patrol is investigating the cause of the accident and additional information will be updated as it becomes available.