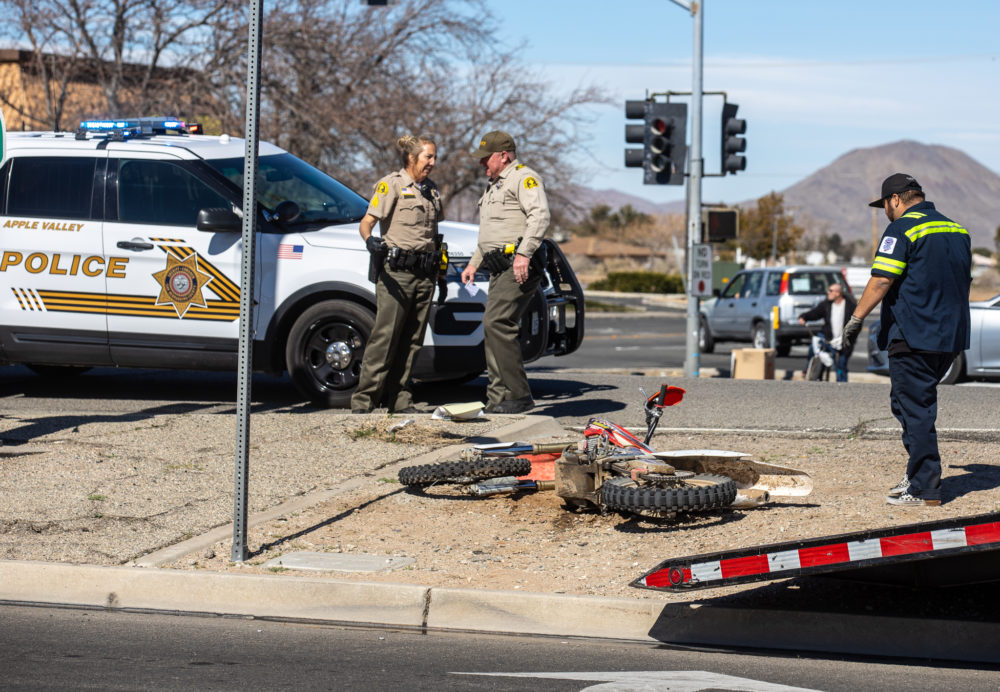 The crash was reported at about 11:30 am at the intersection of Highway 18 and Navajo Road and involved a silver Honda Accord and a dirt bike.

Devinne Hoffman and her friend witnessed the crash and said two men were thrown from the bike and only one of them was wearing a helmet. “The dirt bikers blew the red light and the car hit them,” stated Devinne.

Devinne said one of the men had a leg injury and the one without a helmet had a terrible head injury.

The official cause of the crash is under investigation by the Apple Valley Police Department.

St. Mary Medical Center ranked among Top 5% of U.S. Hospitals for clinical outcomes, according to Healthgrades