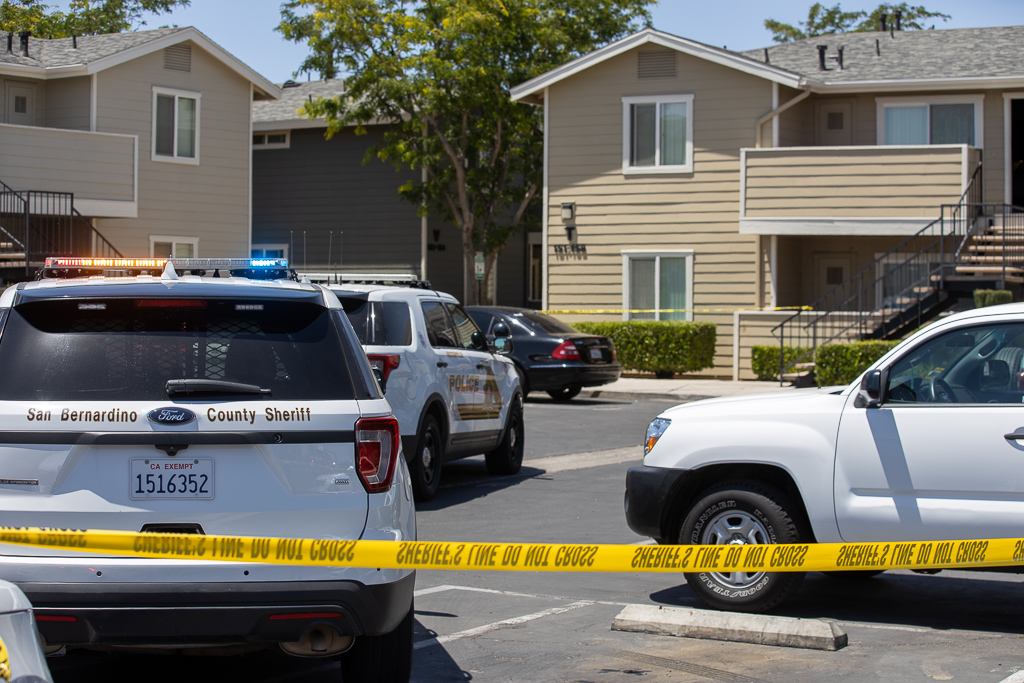 VICTORVILLE, Calif. (VVNG.com) — Authorities are conducting an attempted murder investigation after two people were shot Saturday inside the Colony Apartments in Victorville.

At 1:23 pm, on June 13, 2020, deputies responded to the apartment complex located in the 14000 block of El Evado Road following the report of shots heard.

According to scanner traffic, one victim was shot in the back of the head and the other in the hand. A resident from the complex told a VVNG photographer they heard 8-10 gunshots but did not see the shooting.

A second helicopter landed in an empty field across from the apartment complex and subsequently airlifted the male with the hand-wound to an out of area trauma center.

Sheriff’s spokeswoman Jodi Miller told VVNG the investigation is ongoing and no suspects have been arrested. Miller said no additional information was available at this time.

This is a developing story and additional updates will be updated as the become available.