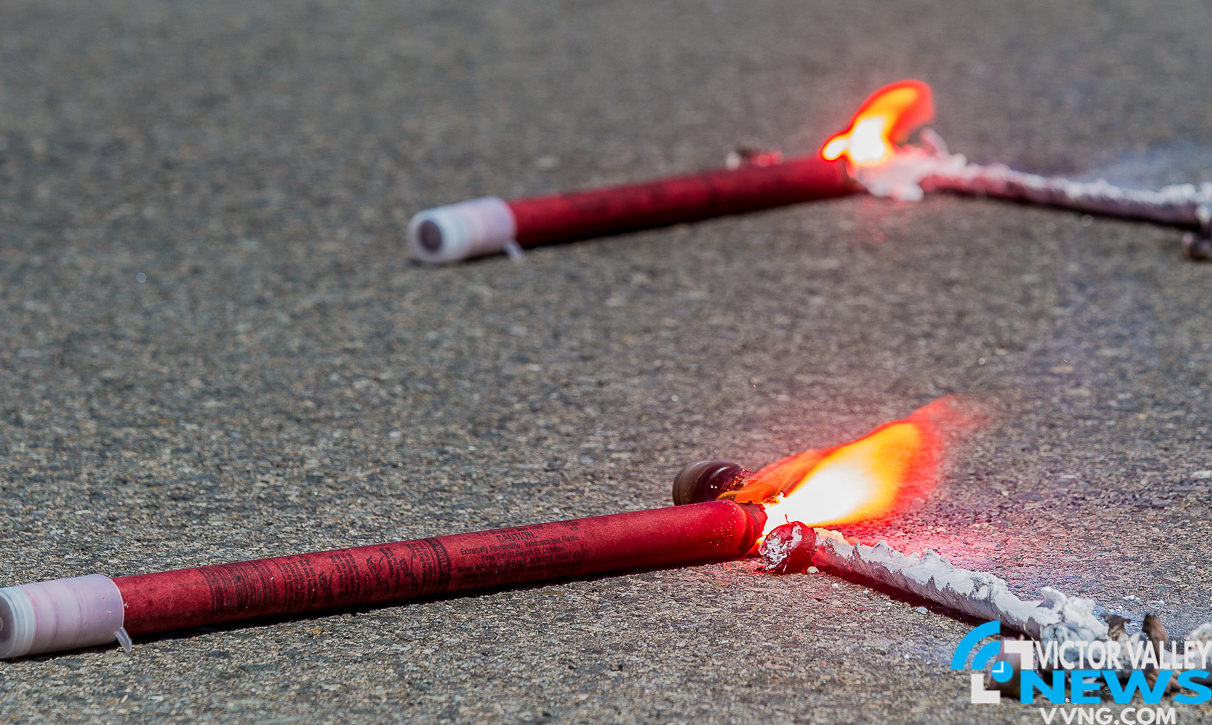 Two people inside of a white work van were injured after they crashed with a semi.

According to the California Highway Patrol incident logs, the big rig jack-knifed into the eastbound lanes near the Chevron.

San Bernardino County Fire responded to the scene and located two patients, one of them described as having critical injuries.  Due to his injuries, firefighter-paramedics requested helicopter H325. The second patient was transported by ground ambulance to a local hospital.

Officials at the scene briefly shut down the roadway to allow the helicopter to land at the scene and airlift the patient to Arrowhead Regional Medical Center.

The no. 2 lane will remain closed for an unknown duration as officials work on clearing the jack knifed semi that’s blocking.

The California Highway Patrol is investigating the crash. Additional information will be updated as it becomes available.