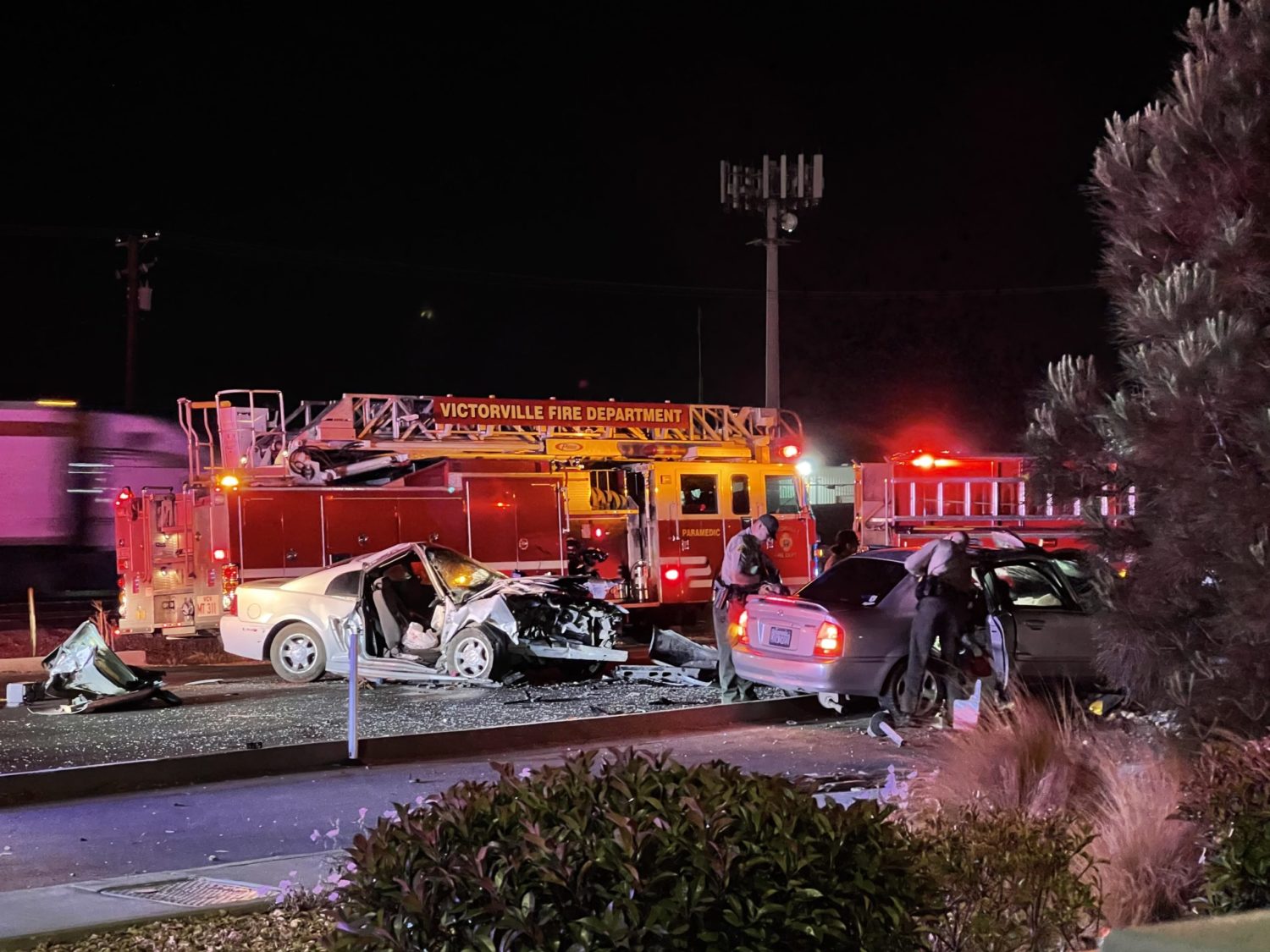 It happened at 11:51 pm, on Friday, May 14, 2021, in front of the Cracker Barrel in the Dunia Plaza and involved a silver Ford Mustang and a four-door sedan.

Victorville Fire Department responded and requested the medical helicopters to land at the scene.

Sheriff’s spokeswoman Mara Rodriguez said the driver of one of the vehicles and a passenger in the other were both airlifted for substantial leg injuries.

Amargosa Road was shutdown in both direction during the investigation. The official cause of the accident is under investigation and anyone with information is asked to call the Victorville Police Department at 760-241-2911.