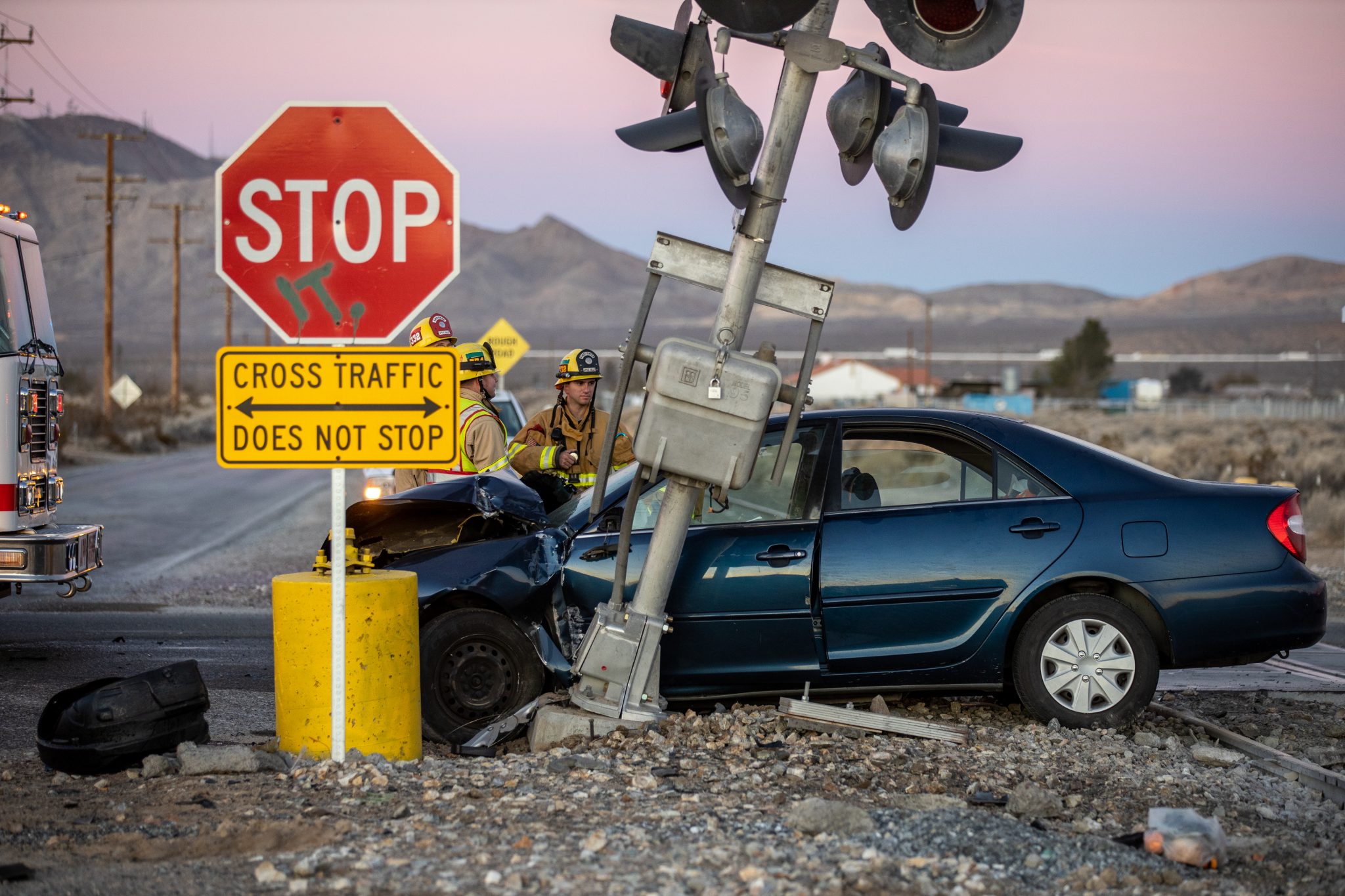 The traffic collision with extrication involved a four-door dark-colored Toyota Camry and a white Toyota 4Runner.

At about 5:49 am firefighters from the Apple Valley Fire Protection District responded to the area of Dale Evans Parkway and Quarry Road, at the railroad crossing and located the Toyota with major front-end damage.

Firefighters used extrication tools to remove one occupant that was trapped inside of the Camry.

One of the helicopters requested landed in a field near the scene and the second landed at the Apple Valley airport, where the second patient was transported to by ground ambulance.

The female driver of the 4Runner was not injured.

Railroad inspectors were called to the scene to ensure the damaged crossing guard would not fall.

Deputies from the Apple Valley Police Station are investigating the cause of the crash. Anyone with information is asked to call 760-240-7400.