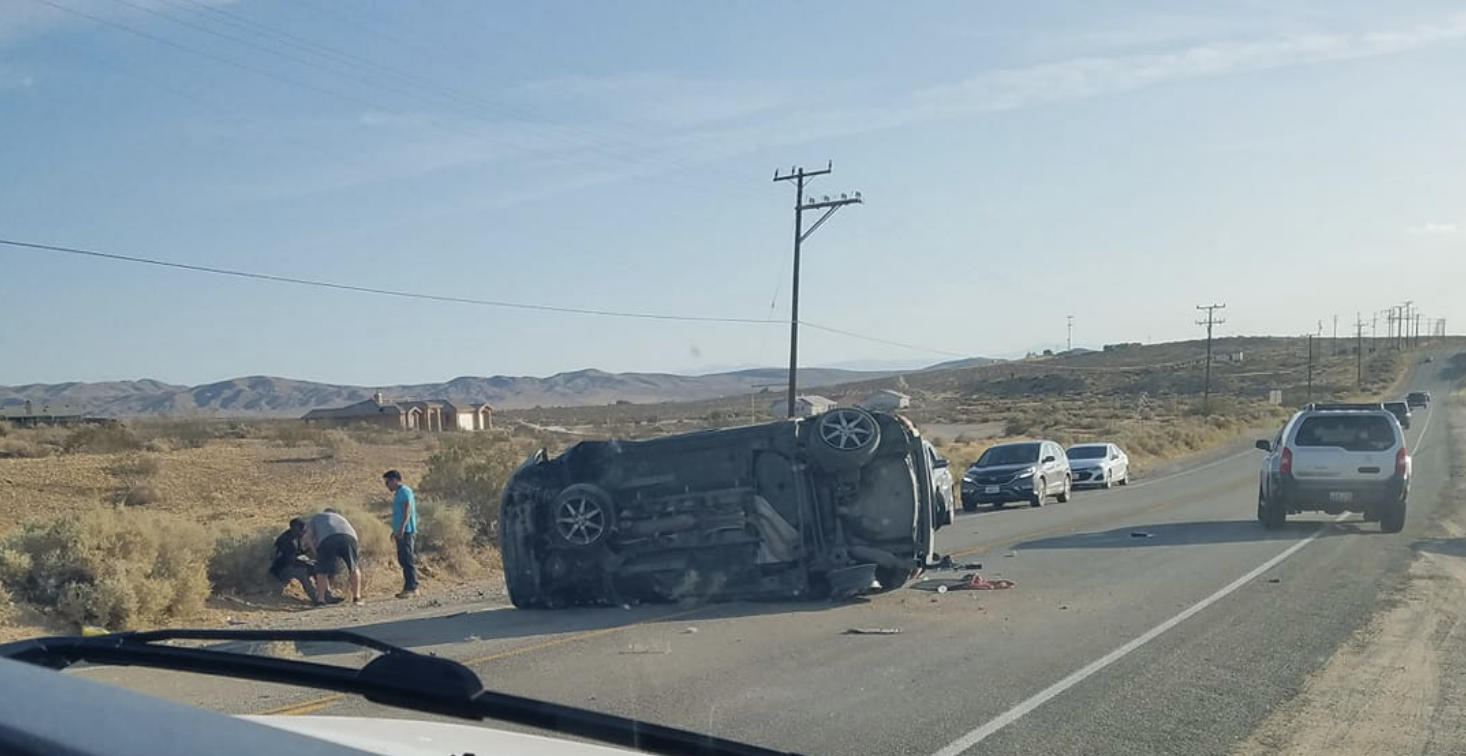 It happened at about 5:55 pm on August 26, 2019, prompting the California Highway Patrol to shut down the two-lane highway near Frontier Road for several hours.

For reasons still unknown, a Scion XD and a four-door second sedan collided in the roadway. The impact caused the Scion to block the roadway after flipping onto its side.

Firefighters requested two medical helicopters to land at the scene and airlift two people to an out of area trauma center.

The cause of the crash remains under investigation by CHP.