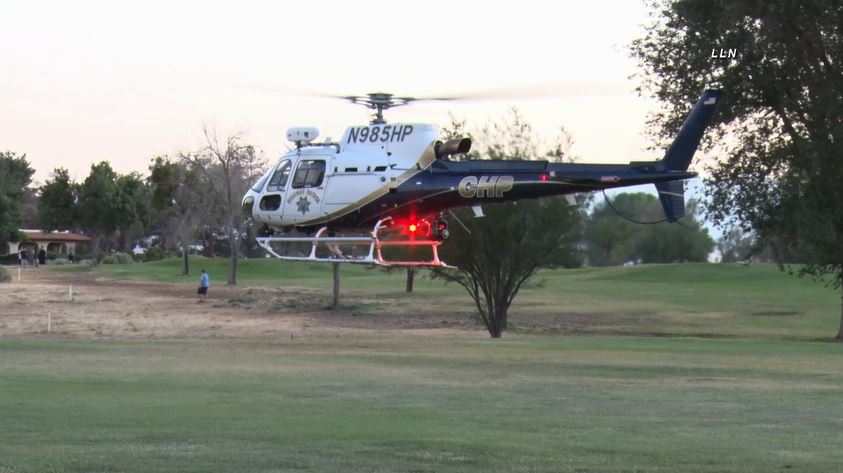 Two pedestrians were struck by a vehicle near the Apple Valley Golf Course on Sunday. (Photo courtesy of LLN)

Firefighters from the Apple Valley Fire Protection District requested two medical helicopters to land on the golf course and airlift a 69-year-old female and a 72-year-old woman to out of area trauma centers.

Sheriff’s officials at the scene confirmed this was not a hit-and-run. The 78-year-old driver of a 2019 Jeep SUV remained at the scene and cooperated with police.

The collision is under investigation by the Apple Valley Sheriff’s Major Accident Investigation Team (MAIT) and anyone with information is asked to call 760-240-7400.