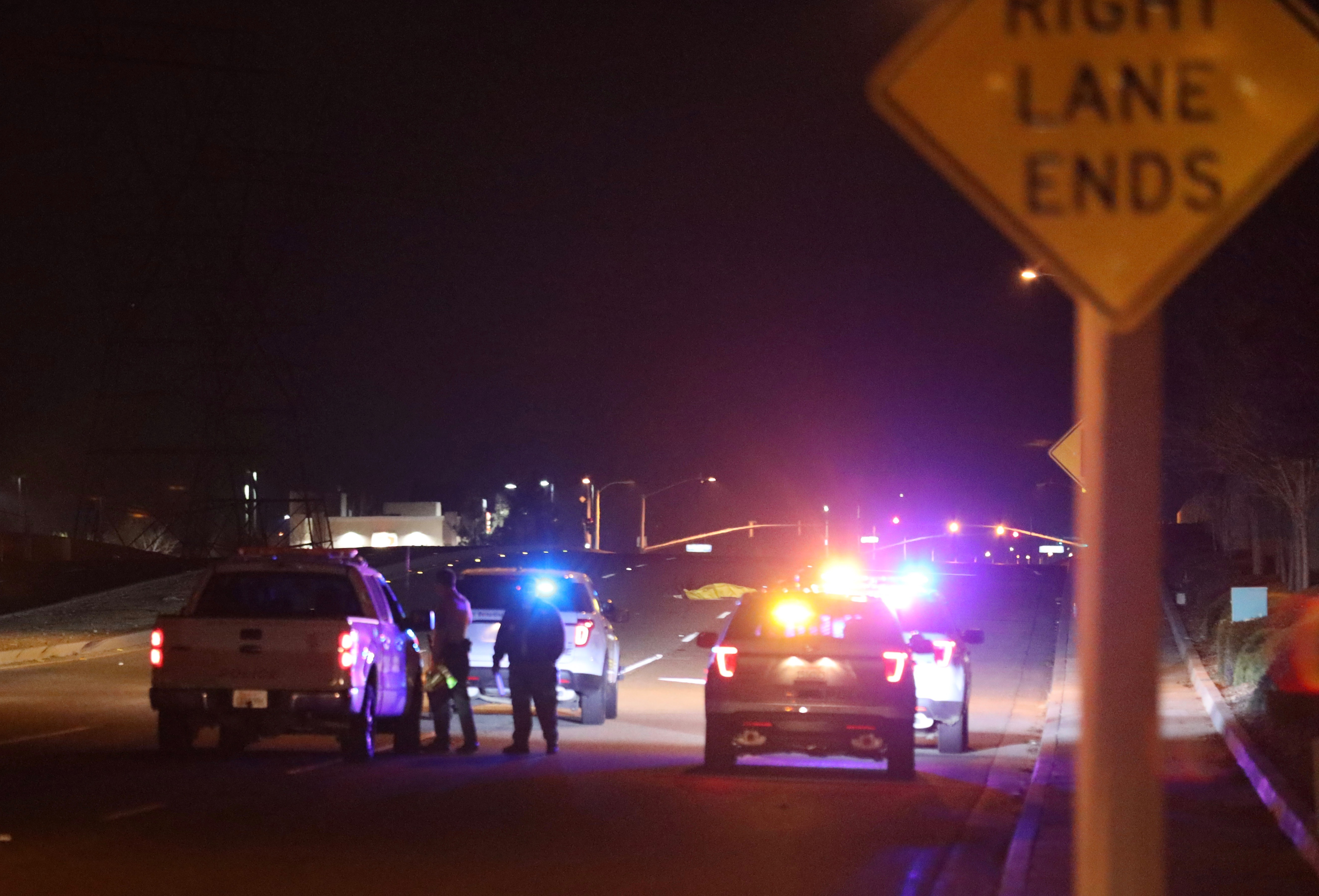 The first crash was reported at 6:35 pm on Mojave Drive west of Ashley Glen Drive in Victorville.

“A subject was struck and was pronounced dead at the scene,” San Bernardino County Sheriff’s Spokeswoman Cindy Bachman said.

Investigators shut down the immediate area to gather evidence and process the scene.

The second vehicle versus pedestrian crash was reported at about 9pm at the intersection of El Evado Road and Palmdale Road, 1.5 miles from the first incident.

That pedestrian was airlifted to Arrowhead Regional Medical Center with unknown injuries, and is described as a male between the age of 15-20.

The identity of the pedestrian killed is being withheld until next-of-kin has been notified.

Authorities did not immediately provide information on the involved drivers.