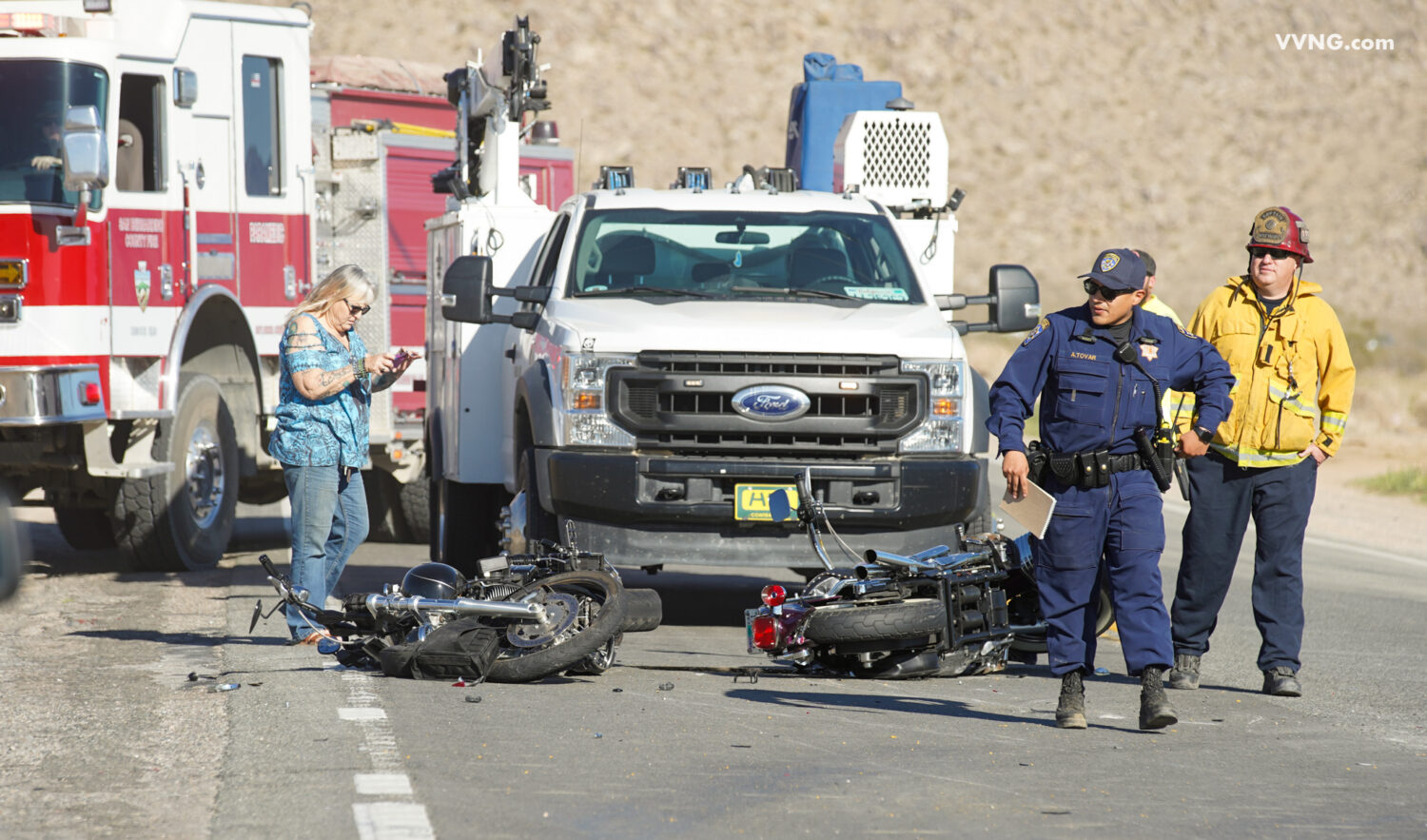 Firefighters from the Apple Valley Fire Protection District arrived on scene and reported they had two motorcycles and two riders down in the roadway.

Reports of a rider trapped underneath a vehicle were unfounded. Firefighters reported they had two critical patients and requested two helicopters to land in the dry lake bed.

Reach 13 and Mercy 2 airlifted the injured riders to Arrowhead Regional Medical Center. Three occupants from the involved vehicle, a white Toyota Camry, were not injured and declined medical transport.

Accoridng to preliminary reports, the Camry was stopped and waiting to turn left onto Milpas. The motorcycles were traveling eastbound and unable to stop in time, one of the bikes slammed into the back the vehicle and possibly caused the other bike to go down.

Highway 18 was closed in both directions for approximately one hour while the injured were treated and the scene was cleared.