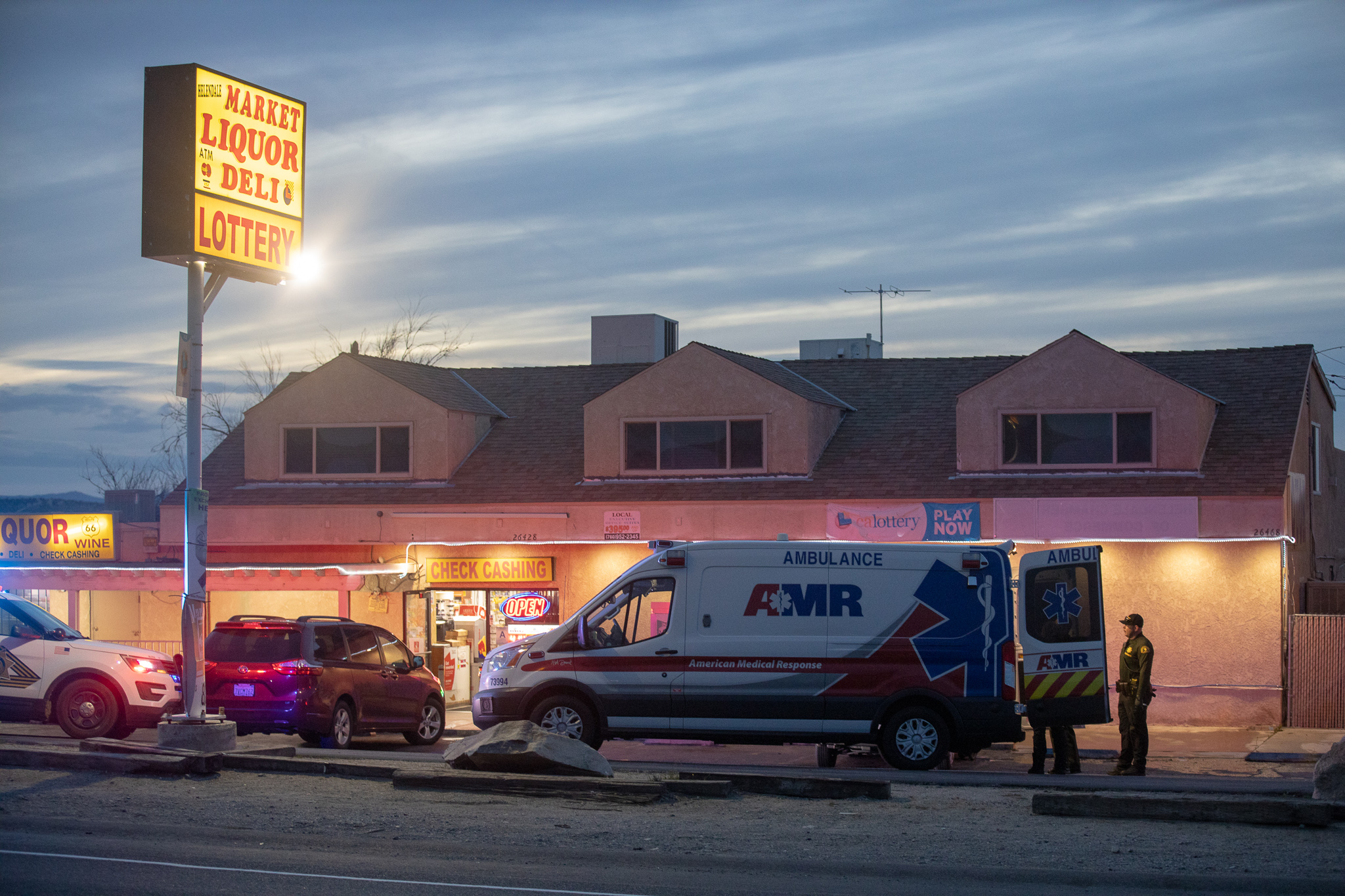 HELENDALE, Calif. (VVNG.com) — Authorities are investigating a shooting after two men were found with gunshot wounds in Helendale Saturday night.

At about 5:30 pm, San Bernardino County Fire was dispatched to reports of a gunshot victim outside the Helendale Market in the 26400 block of National Trails Highway.

While responding to the call, firefighters were notified of a second gunshot victim located just a couple of miles down the road.

When deputies arrived on scene they located the first victim, a 59-year-old male, suffering from at least two gunshot wounds inside a parked car outside the market.

Helendale resident Danielle Boyd was in the parking lot when she saw the 59-year-old male sitting in the vehicle with his leg out and moaning. “I asked him if he was ok and he said he had been shot twice in the legs,” stated Boyd.

According to Boyd, she spoke with the victim and he informed her that he’d been shot while he was on someones property but did not specify what he was doing on the property.

The victim also told Boyd he drove at least 10 miles from where the shooting occurred.

The second victim, a 40-year-old male was located near Rodeo and National Trails Highway also with a gunshot wound to a lower extremity.

Sheriff’s spokeswoman Jodi Miller told Victor Valley News the incident may have occurred in the Barstow Police Department jurisdiction but deputies are working to locate the exact location.

Back at the market, deputies searched the vehicle the victim was in. The vehicle had damage to the front passenger side and a tire with only the rim.

Firefighters requested two helicopters to airlift both men to out of area trauma centers.