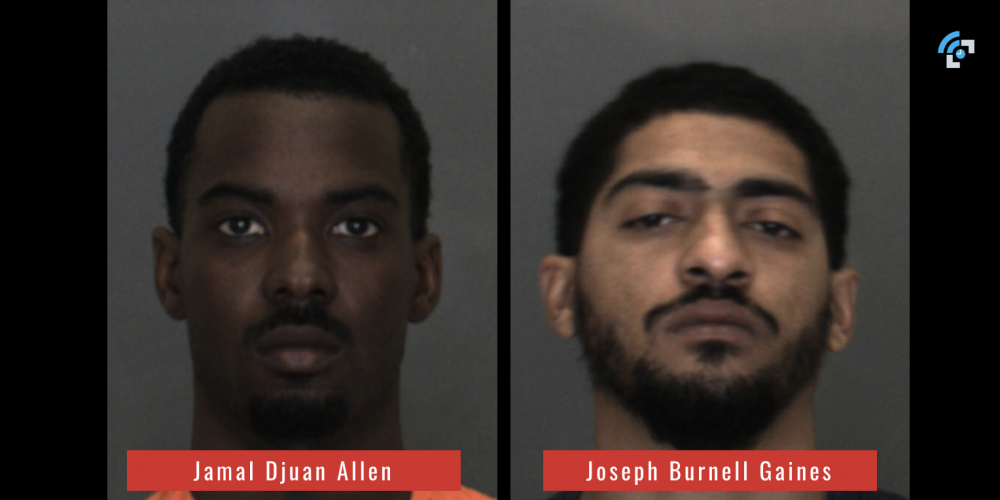 The suspects, Jamal Djuan Allen, 24, resident of  Los Angeles, and Joseph Burnell Gaines, 26, a resident of Inglewood, were arrested by the Human Trafficking Task Force following an investigation.

According to a sheriff’s news release, on April 30th investigators located an online advertisement of a possible juvenile victim of the commercialized sex industry, being advertised at a High Desert motel.

Investigators immediately initiated an undercover operation to contact, locate and rescue the victim. Investigators located the victim at a motel, in the 16000 Block of Stoddard Wells Rd, officials said.

As investigators made contact with the victim a 21-year-old female from San Bernardino County, she was near a vehicle occupied by two males and a female.

“Investigators detained all parties to establish their relationship to the victim. During their contact with the occupants, it was determined they were associated with the victim,” stated the news release.

All four subjects were subsequently transported to the Victorville Police station for interviews.

During the interview with the victim, investigators found evidence that supported their belief of the victim’s involvement in the commercial sex industry.

Detectives interviewed the second woman, a 20-year-old from Los Angeles County, and determined she was also a victim of the commercial sex industry.

Detectives determined Jamal Allen and Joseph Gaines were actively Pimping and Pandering the victims from the motel, officials said.

Once investigators completed their interviews, both suspects were arrested and transported to the High Desert Detention Center in Adelanto.

Sheriff’s officials said both victims were rescued, provided access to services and safely released from the police station.

Anyone wishing to remain anonymous may contact We-Tip at 1-888-78-CRIME or you may leave information on the WE-Tip Hotline at www.wetip.com.