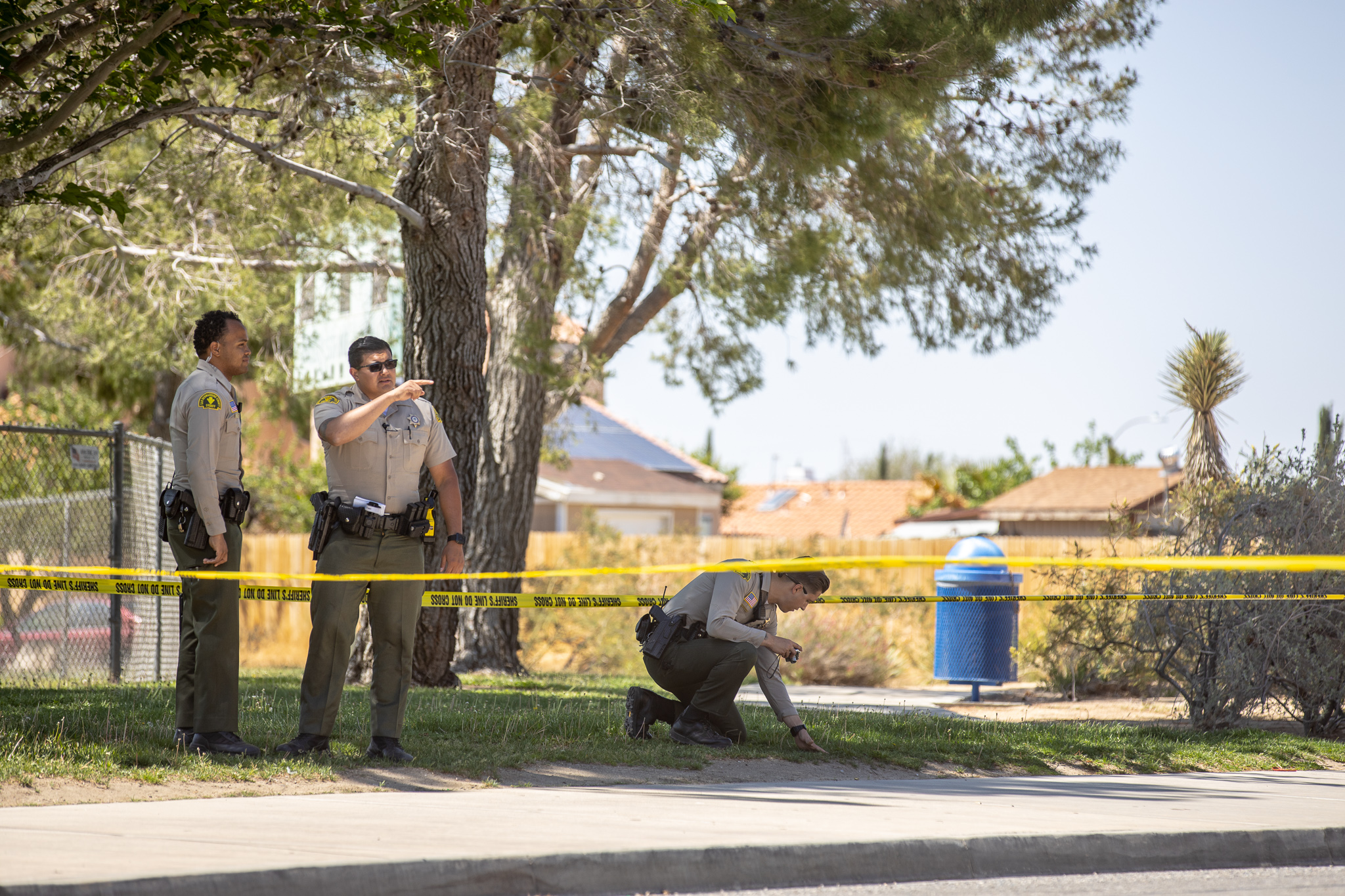 VICTORVILLE, Calif. (VVNG.com) — Police arrested two men who allegedly shot the victim at his residence across the street from Hook Park after feuding over dogs, officials said.

The suspects, Ricardo Sandoval, 19, and Rafael Sandoval, 24, were arrested shortly after the shooting at their home in the 8400 block of 7th Avenue in Hesperia.

According to a sheriff’s news release, the 30-year-old victim was shot twice by the suspects who drove by the residence and fired multiple rounds from a handgun.

The victim was airlifted to a trauma center and is in stable condition, officials said.

Officials said the men were known to the victim and the shooting is believed to be related to a recent dispute over the victim’s dogs.

Both suspects were booked at the High Desert Detention Center for attempted murder and are scheduled to appear in Victorville courtroom on May 7, 2019.

Anyone with information about this investigation is asked to contact Deputy A. Quezada or Deputy M. Carabajal at the Victorville Police Department at (760) 241-2911 or Sheriff’s Dispatch at (760) 956-5001.