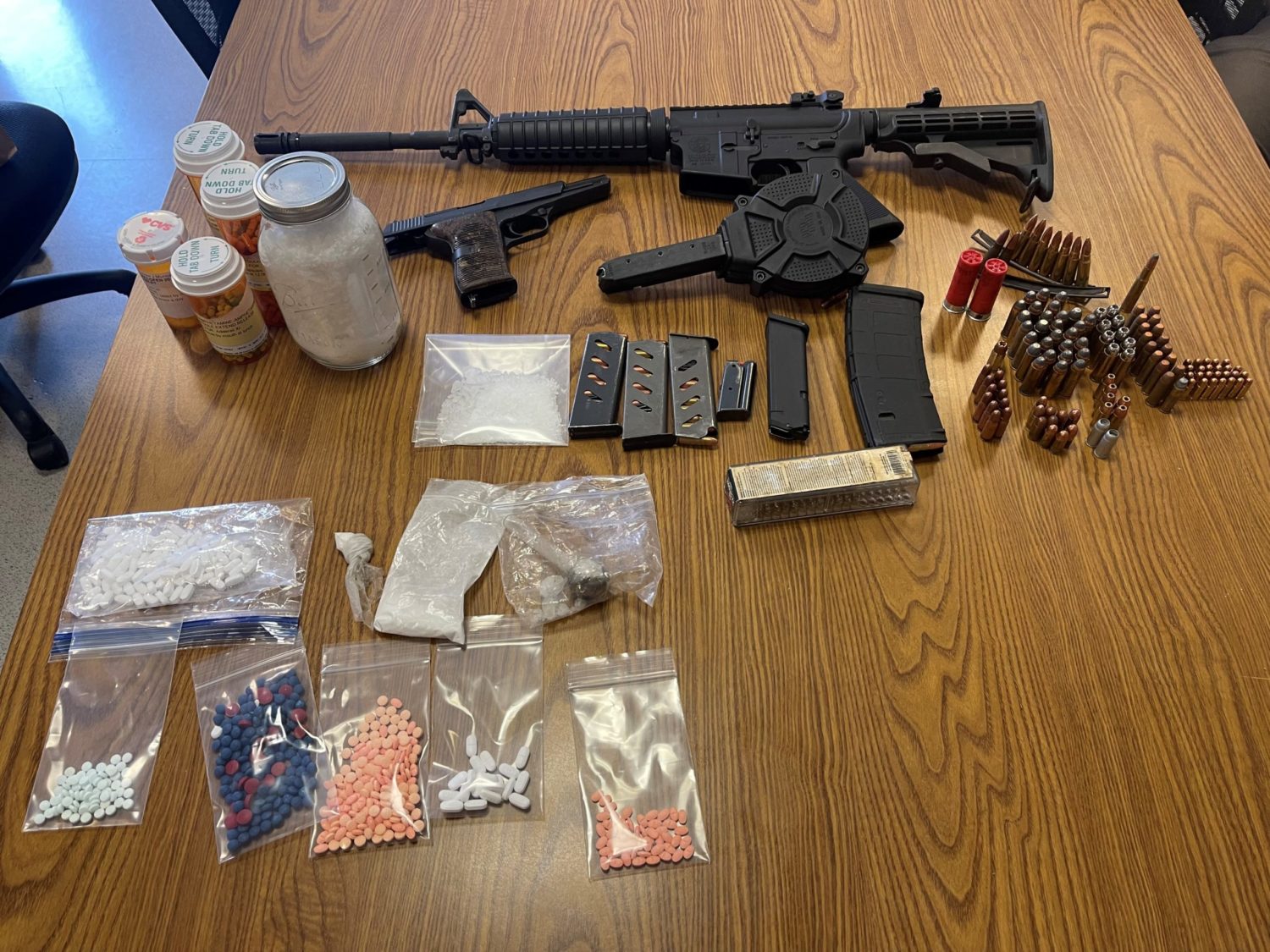 APPLE VALLEY, Calif. (VVNG.com) — A search warrant served at a home in the town of Apple Valley resulted in the arrest of two suspects and the seizure of drugs and stolen guns.

Upon arriving at the location, the suspect, later identified as 24-year-old Blake Rutledge, a convicted felon, was observed leaving the residence.

According to a sheriff’s news release. the pursuit began at State Highway 18 and Kasota Road, where Rutledge veered off the roadway, almost hitting protesters standing on the corner.

“Rutledge continued to drive recklessly, failing to stop at the posted stop signs and driving over 50 MPH through a residential area. During the pursuit, Rutledge threw a ghost gun out of his vehicle. The pursuit ended at Kasota Court, where Rutledge was taken into custody without further incident,” stated the release.

During the service of the search warrant, an AR-15 assault rifle, and a handgun found to be stolen in the state of Arizona, was located. Also seized were illegal, high-capacity magazines, ammunition, a large amount of methamphetamine, fentanyl, morphine, Adderall, oxycodone, cocaine, and four prescription bottles of an unknown substance.

Anyone with information about this investigation is asked to contact Deputy T. Loup at the Apple Valley Police Department at (760) 240-7400 or Sheriff’s Dispatch at (760) 956-5001. Callers wishing to remain anonymous are urged to call the We-Tip Hotline at 1-800-78CRIME (27463) or you may leave the information on the We-Tip website at www.wetip.com.