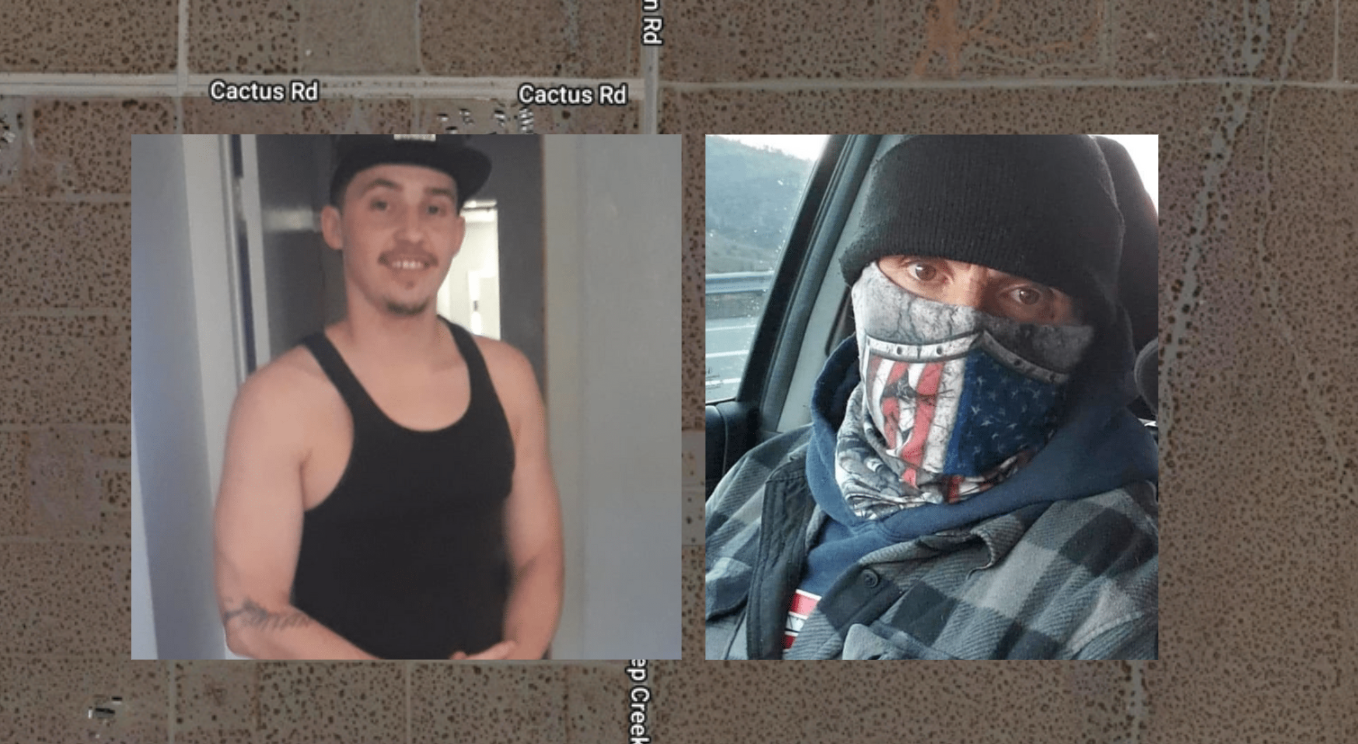 PHELAN, Calif. (VVNG.com) — Two men were arrested for possession of a firearm after leading police on a pursuit in the community of Phelan on Monday.

Sheriff’s officials said the suspects, identified as 25-year-old Christopher Mendez, a resident of Apple Valley, and 54-year-old Jonathan Delaval, a resident of Grand Terrace, drove to the marijuana grow and brandished a weapon.

A round was fired at two men on the property before stealing the victim’s black Honda Accord. Both suspects fled the location in the stolen Honda and a red Dodge truck, officials said.

Deputies located the vehicles and attempted to stop them. The vehicles failed to yield, and a pursuit ensued. At the termination of the pursuit, both suspects were taken into custody without further incident.

According to a news release, “deputies located a holster, Glock magazine, and ammunition inside the vehicles.  Mendez and Delaval are convicted felons and prohibited from possessing firearms and ammunition.”

Mendez and Delaval are being held at High Desert Detention Center without bail.

The investigation is ongoing, and anyone with information is asked to contact Deputy Mora at Victor Valley Sheriff’s Station 760-552-6800. Callers can remain anonymous and contact We-Tip at 800-78CRIME or www.wetip.com.