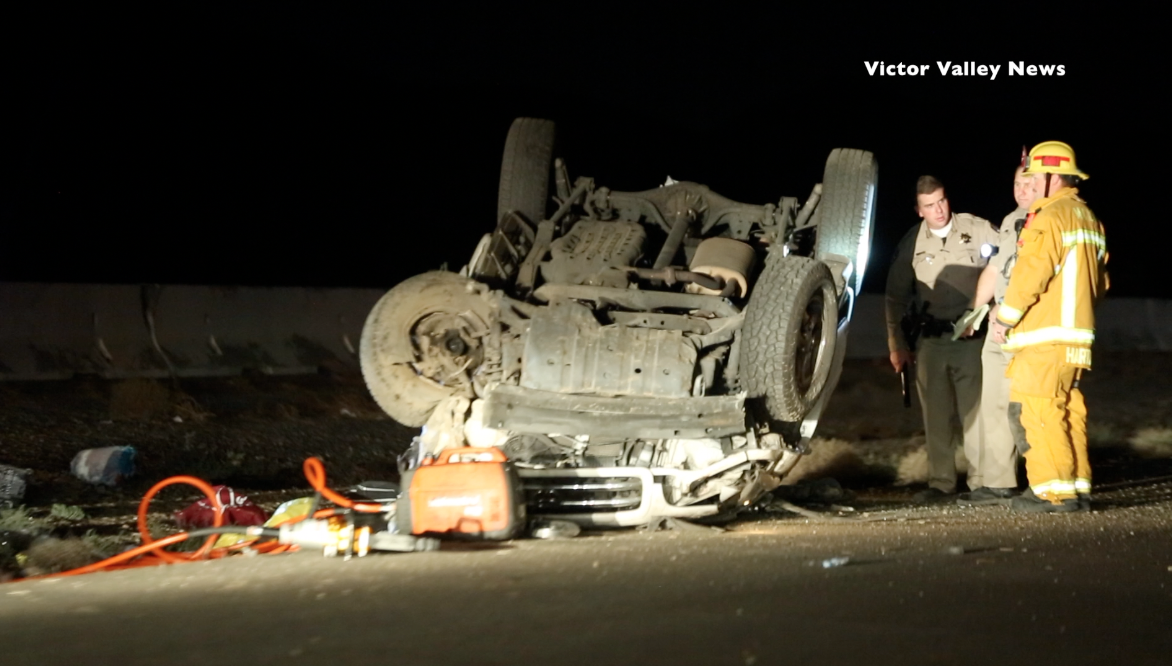 APPLE VALLEY, Calif. (VVNG.com) — Two people were killed in a single-vehicle rollover crash Sunday night causing the I-15 freeway to briefly shut down.

Per CHP logs, an SUV was reported to have rolled over multiple times, causing one occupant to be ejected.

Emergency personnel arrived on scene and located a white 2002 Toyota Sequoia on its roof with major damage.

Two people were confirmed deceased on scene, and another person was reported to be in critical condition.

All lanes of the southbound 15 freeway were closed while a California Highway Patrol helicopter landed on the freeway to airlift the critical occupant to Arrowhead Regional Medical Center.

Two other occupants were transported by ground ambulance to the same trauma center with less critical injuries.

Two lanes were reopened to traffic after the helicopter left the scene.

The cause of the crash remains under investigation by the California Highway Patrol. 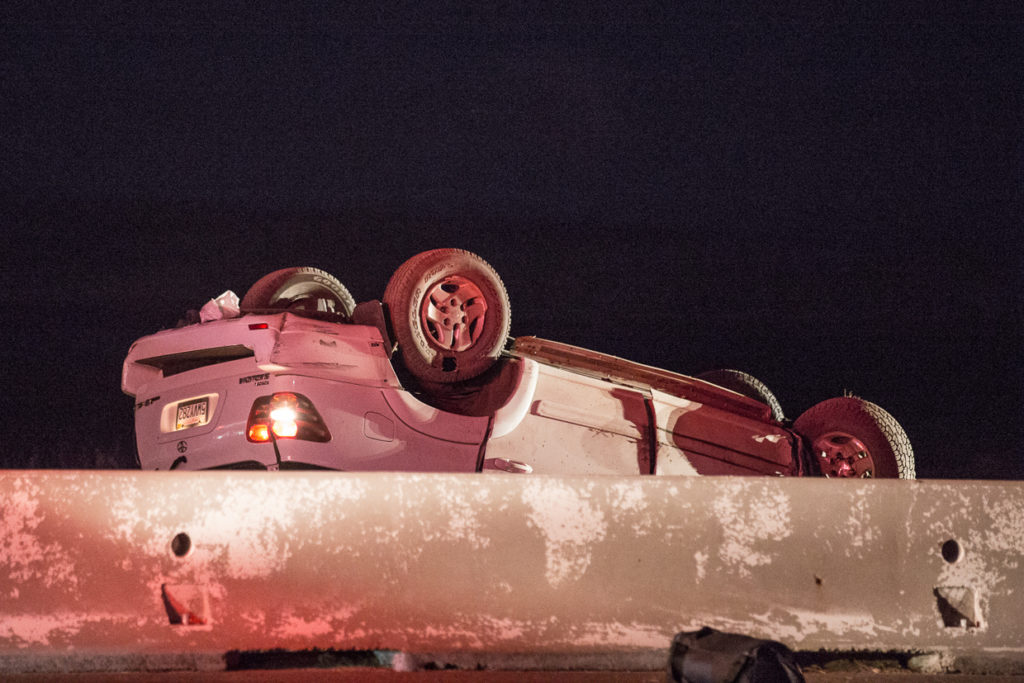 2 people were killed in a rollover crash on the 15 Freeway. (Gabriel D. Espinoza, Victor Valley News) 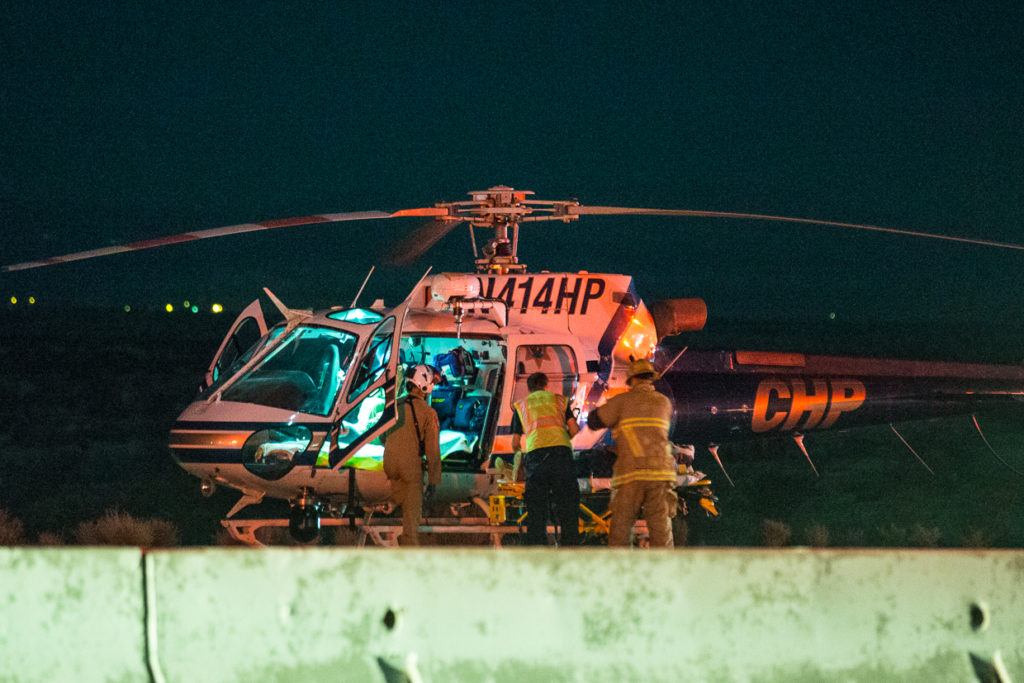 A helicopter landed on the freeway to transport a critical victim to a trauma center. (Gabriel D. Espinoza, Victor Valley News)