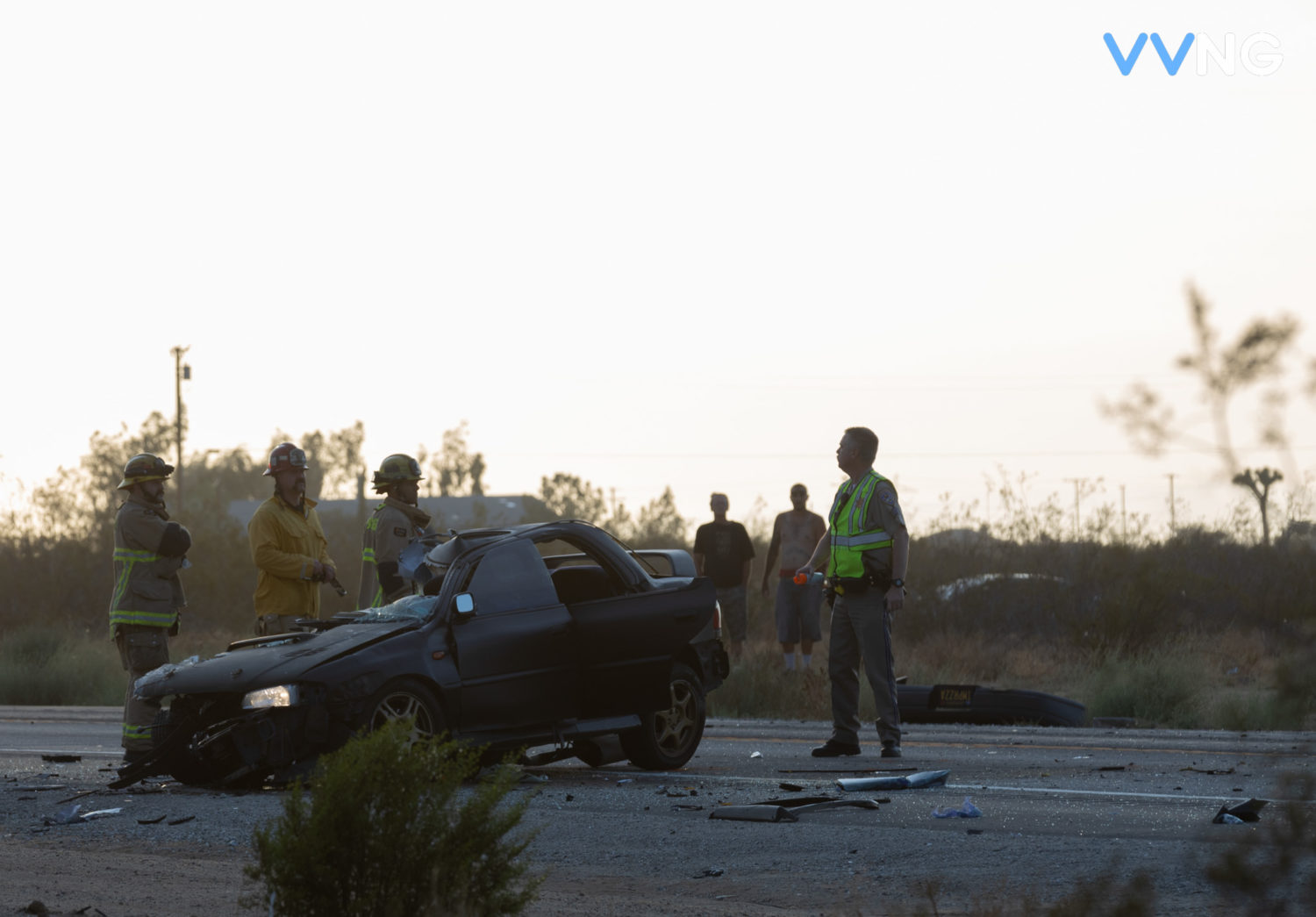 PHELAN, Calif. (VVNG.com) —Two people were killed in a head-on crash Thursday evening in the community of Phelan.

At about 6:13 pm, on July 22, 2021, San Bernardino County Firefighters were dispatched to the traffic collision in the area of SR 18 and Hacienda Road, near Johnson Road. Upon arrival, they located a white Ford Ranger truck and a black 2000 Subaru Impreza, both with major front-end damage and blocking the roadway.

Firefighters pronounced two people deceased and requested three helicopters to land at the scene. Three people with critical injuries were airlifted to trauma centers and two others with minor injuries were transported by ambulance to local hospitals.

Lanette Cameron lives nearby and told a VVNG photographer she called 911 after hearing the crash. Lanette said by the time she walked to the wreck bystanders had already covered a young girl who passed away in the black car and another little girl next to her was critically injured but did not know if she had survived.

Lanette said the pick-up truck was occupied by two adult women and two young girls that were in the backseat and badly injured. According to Lanette, she witnessed an unknown male running away from the accident and into the desert, however, she wasn’t sure if he had been in any of the vehicles.

According to the California Highway Patrol incident logs, callers advised the dark-colored sedan was passing on double yellow and driving recklessly prior to the crash.

The crash prompted a temporary closure of both directions on SR-18. CHP officers eventually opened up one lane and directed traffic thru the scene while they waited for the coroner and tow trucks to clear the scene.

The official cause of the accident is under investigation by the California Highway Patrol. Additional information will be updated as it becomes available.