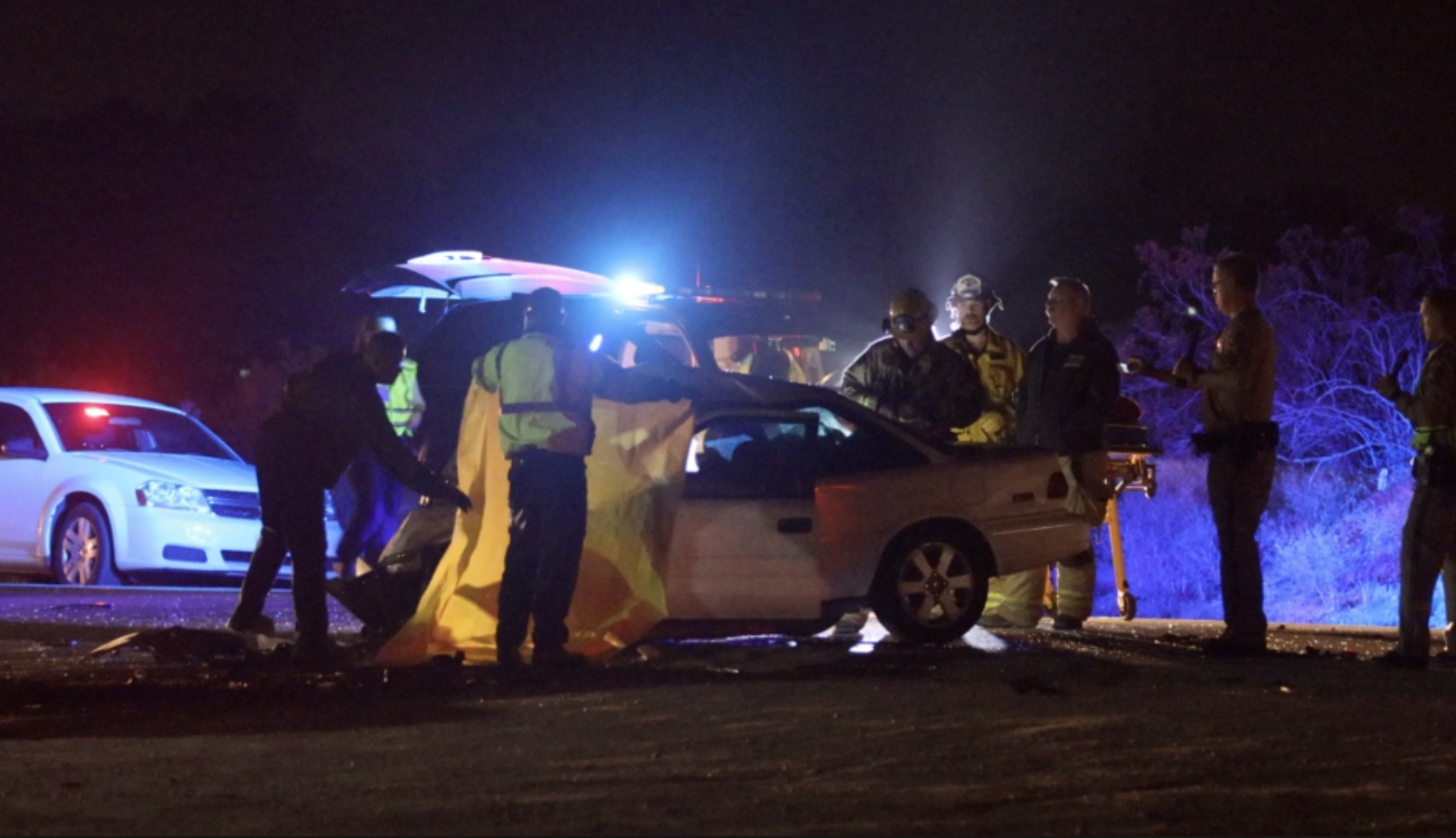 At 9:47 p.m., personnel from the California Highway Patrol, San Bernardino County Fire, and AMR responded to the crash on El Mirage Road in front of the El Mirage Liquor Market & Gas store.

When emergency crews arrived they located a red car and a white car with major front-end damage. Two people from the white car were pronounced deceased on scene.

Three people from the red car sustained critical injuries and a fourth passenger only minor injuries.

The third critically injured person was taken by ground ambulance to Antelope Valley Hospital, as well as the person with minor injuries.

The name of those deceased will be provided once next-of-kin has been notified.