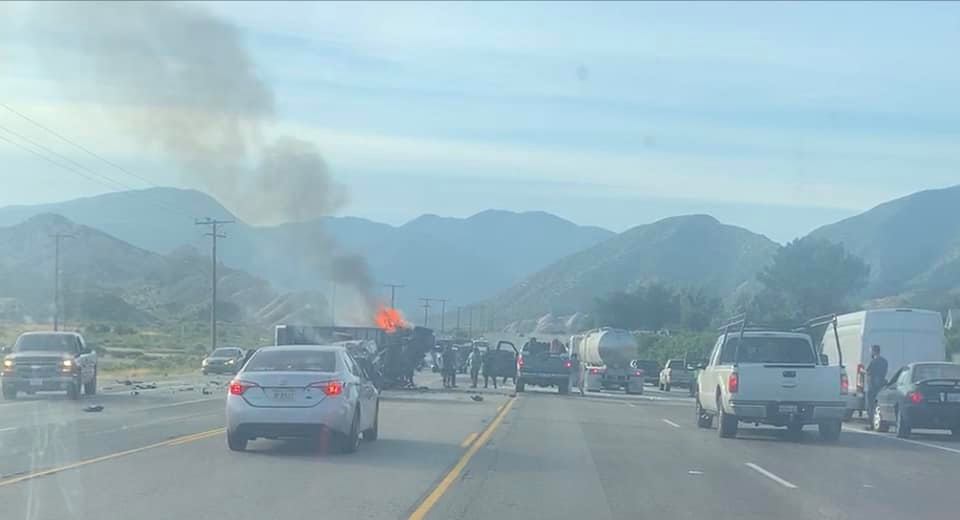 CHP incident logs reported the two vehicles involved were a green 4-door sedan and a small white delivery truck. According to the logs, the truck involved was on its side and on fire. Good Samaritans were attempting to get someone out of the vehicle.

San Bernardino County Firefighters responded and located the truck fully engulfed. After putting out the fire, emergency personnel pronounced one deceased victim in each of the involved vehicles.

A hard road closure was issued for eastbound lanes of SR-138 as officers from the California Highway Patrol investigate the crash.