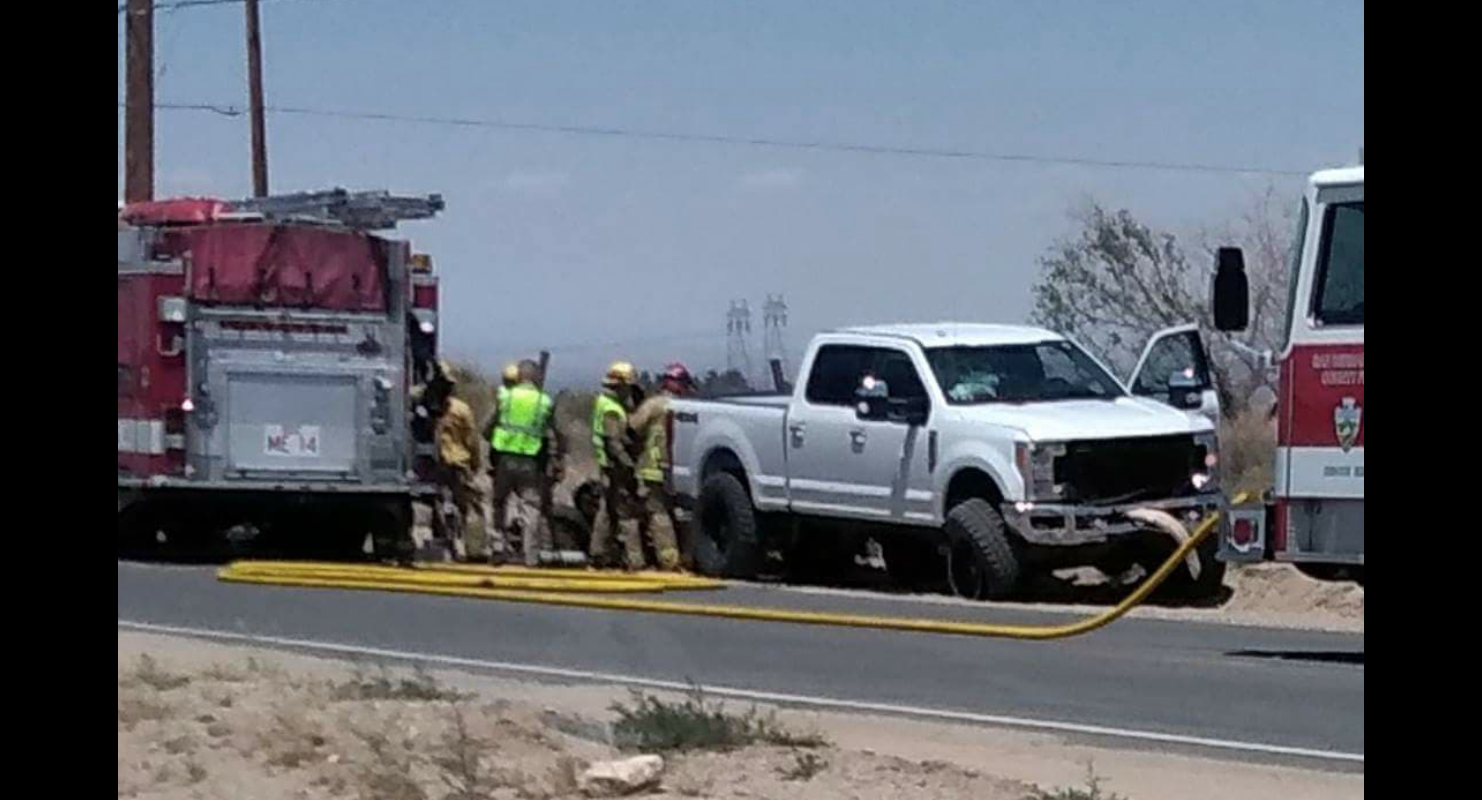 PHELAN, Calif. (VVNG.com) — Officers with the California Highway Patrol are currently on scene of a double-fatal traffic collision.

According  to the CHP indent logs, a crash involving a truck and a VW bug was reported at 12:49 pm, near the intersection of Johnson Road and Smoke Tree Road. The logs reported the buggy was on fire after the crash.

A third person was transported by ground ambulance to a local hospital with unknown injuries.

Johnson Road, north of Smoke Tree is closed in both directions as officials investigate the crash.

The cause of the crash is currently under investigation by the Victorville CHP office. Anyone with information is asked to call (760)241-1186.